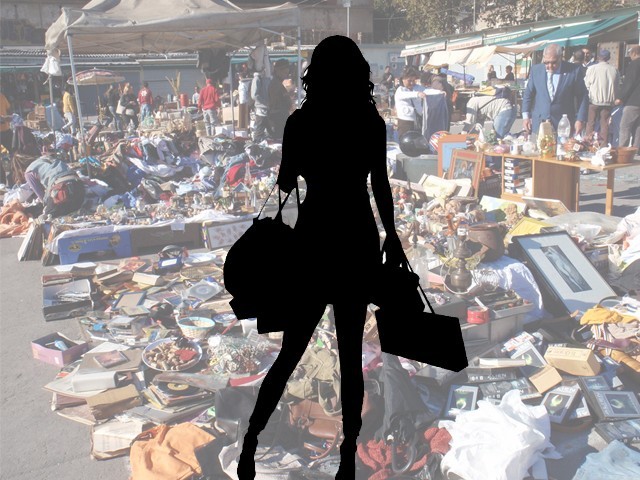 What was I thinking though when I boarded that plane from good ole Amreeka (America)?

When you are a college dropout, tired of making coffee for a living with a half-finished manuscript lurking in your head, it’s only natural for you to pack your bags and fly to the East; land of your father and his father, in pursuit of a hippie lifestyle.

Okay, let’s just say Whole Foods organic market was out of budget. What was I thinking though when I boarded that plane from good ole Amreeka? What was dad thinking when he labelled pasteurised, hormone-free milk fake? Was that out of his loyalty towards the Australian cows milked here in Lahore? Or the nehr water that makes its way into my milkman’s supply of milk?

Dad certainly didn’t point me towards the right country for my jihad for living an organic life. I had come here in the hopes that only a true tree-hugger has.

Needless to say, there was disappointment in the beginning. But hidden among the narrow alleys of the main market, appeared a shop selling organic free-range eggs. A whole second-hand market popped up near the railway station, another surfaced near Mayo Hospital.

Some dreams do come true. I have tasted raw milk, found organic eggs and developed a liking for unprocessed honey. Had I known that raw milk was going to be delivered by a perverted old man who wouldn’t stop ogling at me or organic eggs are sold out of a butcher’s shop, I would have thought twice before boarding the plane from Washington DC to Lahore.

The move was impulsive. What should have been a thought-through decision was made up over a cup of almond milk chai (tea) with a vegan desi friend. Thanks to the World Wide Web, he connected me with someone in Lahore and within a week I was all set to volunteer at a Non-Governmental Organisation (NGO) here.

Now, it isn’t like it’s in the movies. Volunteering hippies also need a source of revenue and with my initial fling with the organic markets in Lahore, I ran out of almost all of my savings. Hence, a job hunt began. Turns out, a college dropout with an American accent can teach O levels English at a prestigious school. Let’s just say, working and living as a single woman with no family in the city is exactly as adventurous as you can imagine. I’ll save you the details and skip back to living a hippie lifestyle in Lahore.

Yes, a hippie can survive Lahore after all. The eco-friendly organic lifestyle can be a reality here. It being accepted though is another story altogether. The hand-me-down, recycled and reused culture doesn’t exist anymore. A few years ago, you inherited a sweater from your cousin who outgrew it or passed down a jacket to your younger sibling. Now, you throw away that sweater or give it to your maid. Your cousin might feel humiliated but they can buy their own, can’t they? Come on now. Everyone knows you wore that jacket last winter, what will they think when they see it on the younger sibling? Masha Allah, you are too well-to-do, khaatay peetay to wear things that have been passed down. Daddy has a factory after all and mommy inherited all that land.

And so it goes, the sweater to the maid or trash. The younger sibling contacts a cousin in the US to keep an eye out for jackets on Black Friday and Christmas sales, and a confused Amreeki (American) /desi college dropout with no bargaining skills buys a pair of size-6.5-original-Reebok running shoes for Rs600 at a flea market.

On her way back from the flea market, the aspiring college dropout spins stories about how she’ll proclaim these shoes to have been brought from back home and the pendulum light to be a gift from an interior designer friend. She smiles to herself as the rickshaw rolls away. No one would guess these are flea market finds. God forbid, they find out.

It’s started rubbing off on her too…

The author is a hippie with an American accent and Pakistani genes. She steals time from her day time job to blog about her recent move to Lahore from Washington, DC at newgirlinlahore.wordpress.com. She tweets as @newgirlinlahore (twitter.com/newgirlinlahore)

My crime that night? I was travelling home with two na-mehram boys