Why should America accept Muslim refugees while Pakistan is sending back its Afghan refugees? 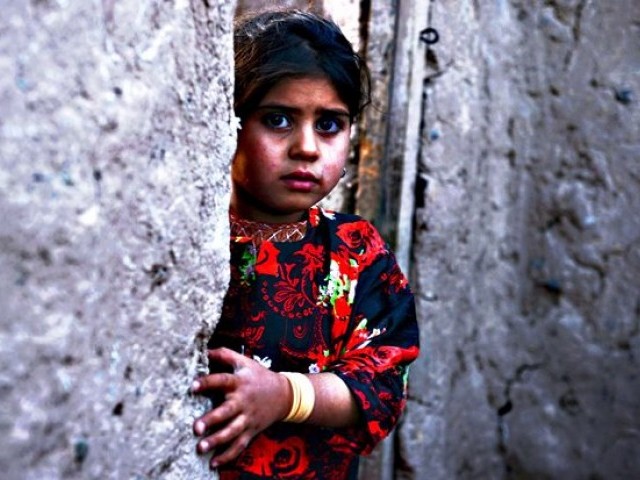 A young Afghan refugee pauses as she plays with others in Manrha refugee camp on the outskirts of Herat on Thursday. PHOTO: AFP

Donald Trump declares that it will be harmful for the Christian American majority if large influxes of Muslim minorities from all over the world enter the US.

On the other hand, the Capital Development Authority (CDA) in Islamabad has claimed that the influx of poor Christians from across the country could lead to ‘demographic problems’ and ‘may affect the Muslim majority of the capital.’

Having said that, there is an outcry on social media over only one of these xenophobic and bigoted statements, Facebook activists in Pakistan seem to be very selective about their humanitarianism. America is perceived as the devil for bombing other countries, but what about Pakistan? Isn’t the state bombing within its region? It seems acceptable for people to be bombed from the sky, as long as it’s the same state doing so.

The drone strikes conducted by the US in Pakistan were ordered by the Pakistani state and was widely criticised. The hand that feeds you must be the one that chokes you to death. It’s ironic that the most fundamental duty of the state is meant to provide security to its citizens.

The silence on the contentious issue of military operations within the country may be due to the fact that people are exercising caution when it comes to the subject, and are brushing it aside under the doctrine of necessity. If it makes us feel safe, a few innocent deaths can be set aside in the name of national interests and collateral damage. However, the US bombing other countries under the same pretence is not acceptable though.

One would assume the religion of the bomber may have something to do with it.

I do not believe in generalisations that claim that our nation is full of apathetic people, who are immune to violence as they accept such atrocities as part of their daily lives, yet my Facebook news feed seems to suggest otherwise.

People are shedding tears over Gaza, Syria, Myanmar. And there are Pakistanis lamenting over the grievances of Syrian refugees on the Humans of New York page.

Pakistanis, known for their generosity, are willing to open up their homes to Syrian refugees, and are decrying Americans for not doing the same.

“Syrian refugees are our Muslim brothers.”

“Their country has been torn by the war and violence, they need a safe haven.”

“After all, America created the unrest; it only makes sense for them to accept refugees.”

Interestingly, this principle does not apply to Muslims much closer to home. If religion was the only factor that made most Pakistanis afraid of the ‘other’; the stereotypical immigrant terrorist flouted by Donald Trump, then why would there be such trepidations about Afghan refugees?

Yes, Pakistan saw a huge influx of Afghan refugees during the Soviet invasion of Afghanistan, but we also saw a huge influx of American dollars given for accepting them and helping in rehabilitating those refugees. If the principle that the country who created the mischief must accept the repercussions is to be followed through, then Pakistan should at least partially take some responsibility for the violence and unrest seen in Afghanistan today, and hence, it must make sense for us to play a part in accepting Afghan refugees. Right?

Unfortunately, we have never really assimilated them into the fabric of our society. Second generation Afghan children born in Pakistan are still not considered Pakistani citizens.

Our fear of the other is so strong that PML-N ministers in Punjab refused to accept IDPs in Punjab when the North Waziristan operation started. We are so consumed by the racism of Donald Trump that we are failing to realise the racism of similar demagogues closer to home.

CDA statements sound very similar to Donald Trump’s; they contest that poor people in slum areas will come and destroy the beauty of the capital city of Islamabad. It is not even terrorism anymore; the argument now is that poor people will make Islamabad ugly.

Maybe we dress up the Pakistani refugees as Syrian refugees, perhaps then there will be more acceptance towards them in Pakistan. Maybe, just maybe, then we can also raise our voices against the maltreatment that they have faced. Or maybe we are simply just very selective about our humanitarianism.

Unless Humans of New York comes back and takes pictures of the katchi abadi protestors in Islamabad, the silence surrounding the issue, it seems, will continue.