Does Al-Huda have strains of Taliban ideology within its teachings? 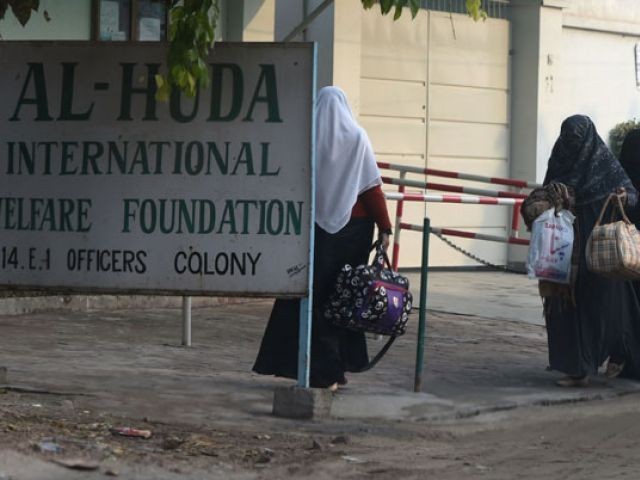 For Al-Huda to claim that it has no role in moulding the mind-set of Tashfeen Malik cannot be quite that simple. PHOTO: AFP

The founder of the Al-Huda Institute, Dr Farhat Hashmi, has said that her institute cannot be held responsible for the acts of her students. The statement came after it was revealed that Tashfeen Malik, the woman who shot dead 14 innocent people in California last week, attended Al-Huda International Seminary’s branch in Multan for two years in 2013 and 2014, and left without completing the diploma course. But class fellows have said that Malik attended Al-Huda between 2007-2013. This is just one of the gaps between the narrative that Al-Huda is giving and what friends of the California shooter have told the media.

What role did any organisation play in the indoctrination of Malik?

The same question can also be asked of Bahauddin Zakariya University where there is no intensive religious education given. For Al-Huda to claim that it has no role in moulding the mind-set of Malik cannot be quite that simple. While Al-Huda rightly cannot be held responsible for the actions of its students or former students, what one needs to understand is that this is no ordinary school, but where women are taught how to change, not only their lifestyle and appearance, but also their very line of thinking with regards to treating other Muslims as well as people of other faiths.

Much like how many of those who belonged to al Qaeda were recovered from houses of people who were allied to the Jamaat-e-Islami party, there are many educated women in Pakistan who have been radicalised by organisations like Al-Huda where students are taught, among other things, that Shias be considered non-Muslims and even within Sunni Muslims, only those who adhere to the Deobandi school of thought are on the right path.

Critics of Al-Huda have said that there are strains of Taliban ideology within their teachings. This is entirely untrue, although the Taliban also follow the Deobandi school of thought and many of its leaders have studied at the Madrassa Haqqania in Akora Khattak and the Newtown Masjid in Karachi.

Al-Huda adherents drastically change once they enrol in the institute’s classes and gradually reject their earlier set of friends as well as their way of life. They shun the companionship of more liberal and moderate Muslims. The same happened in the case of Tashfeen Malik, whose friends at Bahauddin Zakariya University also said that she changed radically once she started attending Al-Huda classes in Multan.

The National Action Plan does not cover organisations like Al-Huda or others which mould the thinking of moderate Muslims and convince them to subscribe to a more puritan form of religion. Perhaps it is time we see how or why institutions such as this have managed to escape scrutiny?