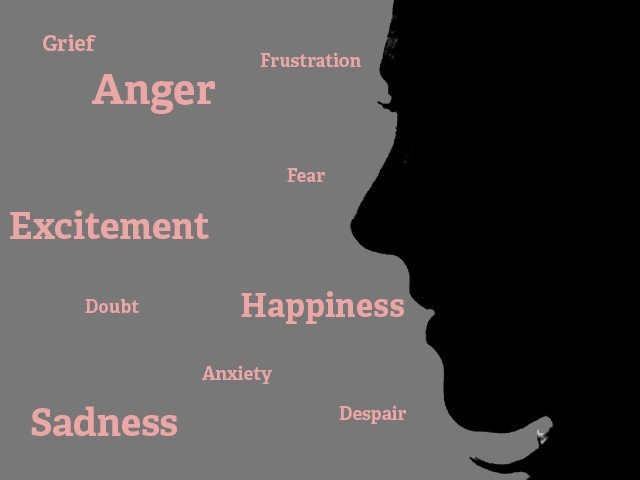 We have been taught to apologise for our tears, to suppress our anger and to fear being called hysterical. PHOTO: FILE

Women are moody. By evolutionary design, we are hard-wired to be sensitive to our environments, empathic to our children’s needs and intuitive of our partners’ intentions. This is basic to our survival and that of our offspring. Some research suggests that women are often better at articulating their feelings than men because as the female brain develops, more capacity is reserved for language, memory, hearing and observing emotions in others.

These are observations rooted in biology, not intended to mesh with any kind of pro- or anti-feminist ideology. But they do have social implications. Women’s emotionality is a sign of health, not disease; it is a source of power. But we are under constant pressure to restrain our emotional lives. We have been taught to apologise for our tears, to suppress our anger and to fear being called hysterical.

The pharmaceutical industry plays on that fear, targeting women in a barrage of advertising on daytime talk shows and in magazines. More Americans are on psychiatric medications than ever before, and in my experience they are staying on them far longer than was ever intended. Sales of antidepressants and antianxiety meds have been booming in the past two decades, and they’ve recently been outpaced by an antipsychotic, Abilify, that is the number one seller among all drugs in the United States, not just psychiatric ones.

As a psychiatrist practicing for 20 years, I must tell you, this is insane.

At least one in four women in America now takes a psychiatric medication, compared with one in seven men. Women are nearly twice more likely to receive a diagnosis of depression or anxiety disorder than men are. For many women, these drugs greatly improve their lives. But for others they aren’t necessary. The increase in prescriptions for psychiatric medications, often by doctors in other specialties, is creating a new normal, encouraging more women to seek chemical assistance. Whether a woman needs these drugs should be a medical decision, not a response to peer pressure and consumerism.

The new, medicated normal is at odds with women’s dynamic biology; brain and body chemicals are meant to be in flux. To simplify things, think of serotonin as the ‘it’s all good’ brain chemical. Too high and you don’t care much about anything; too low and everything seems like a problem to be fixed.

In the days leading up to menstruation, when emotional sensitivity is heightened, women may feel less insulated, more irritable or dissatisfied. I tell my patients that the thoughts and feelings that come up during this phase are genuine, and perhaps it’s best to re-evaluate what they put up with the rest of the month, when their hormone and neurotransmitter levels are more likely programmed to prompt them to be accommodating to others’ demands and needs.

The most common antidepressants, which are also used to treat anxiety, are selective serotonin reuptake inhibitors (SSRIs) that enhance serotonin transmission. SSRIs keep things ‘all good’. But too good is no good. More serotonin might lengthen your short fuse and quell your fears, but it also helps to numb you, physically and emotionally. These medicines frequently leave women less interested in sex. SSRIs tend to blunt negative feelings more than they boost positive ones. On SSRIs, you probably won’t be skipping around with a grin; it’s just that you stay more rational and less emotional. Some people on SSRIs have also reported less of many other human traits: empathy, irritation, sadness, erotic dreaming, creativity, anger, expression of their feelings, mourning and worry.

Obviously, there are situations where psychiatric medications are called for. The problem is too many genuinely ill people remain untreated, mostly because of socio-economic factors. People who don’t really need these drugs are trying to medicate a normal reaction to an unnatural set of stressors: lives without nearly enough sleep, sunshine, nutrients, movement and eye contact, which is crucial to us as social primates.

If the serotonin levels of women are constantly, artificially high, they are at risk of losing their emotional sensitivity with its natural fluctuations, and modelling a more masculine, static hormonal balance. This emotional blunting encourages women to take on behaviours that are typically approved by men: appearing to be invulnerable, for instance, a stance that might help women move up in male-dominated businesses. Primate studies show that giving an SSRI can augment social dominance behaviours, elevating an animal’s status in the hierarchy.

But at what cost? I had a patient who called me from her office in tears, saying she needed to increase her antidepressant dosage because she couldn’t be seen crying at work. After dissecting why she was upset — her boss had betrayed and humiliated her in front of her staff — we decided that what was needed was calm confrontation, not more medication.

Medical chart reviews consistently show that doctors are more likely to give women psychiatric medications than men, especially women between the ages of 35 and 64. For some women in that age group the symptoms of perimenopause can sound a lot like depression, and tears are common. Crying isn’t just about sadness. When we are scared, or frustrated, when we see injustice, when we are deeply touched by the poignancy of humanity, we cry. And some women cry more easily than others. It doesn’t mean we’re weak or out of control. At higher doses, SSRIs make it difficult to cry. They can also promote apathy and indifference. Change comes from the discomfort and awareness that something is wrong; we know what’s right only when we feel it. If medicated means complacent, it helps no one.

When we are overmedicated, our emotions become synthetic. For personal growth, for a satisfying marriage and for a more peaceful world, what we need is more empathy, compassion, receptivity, emotionality and vulnerability, not less.

We need to stop labelling our sadness and anxiety as uncomfortable symptoms, and to appreciate them as a healthy, adaptive part of our biology.

The author is a psychiatrist in New York and the author of “Moody Bitches: The Truth About the Drugs You’re Taking, the Sleep You’re Missing, the Sex You’re Not Having, and What’s Really Making You Crazy.”