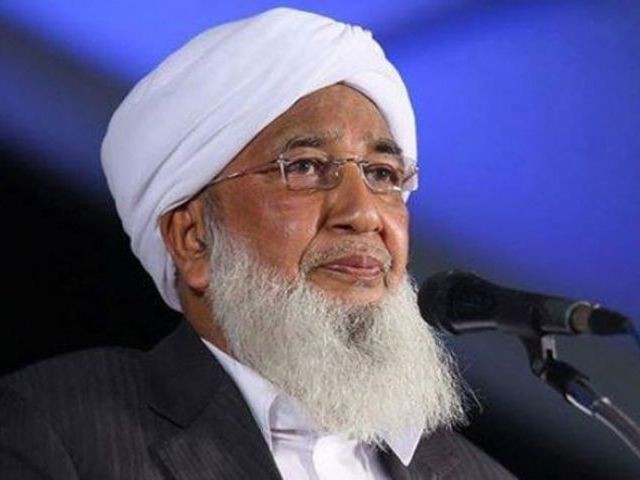 For a long time now, religious preachers have had a stereotypical approach towards the role of women in our society. They have managed to successfully influence the masses in South Asia with myopic notions confining women to household chores in light of theologically conservative interpretations.

Theocracy provides a platform to patriarchal ideologies, be it tacitly or blatantly. People attach sentiments to matters which are related to religion, although they are mere ideas preached by people wearing the garb of religion. This has been the case since decades and it plays a huge role in encouraging views that are against female emancipation. A recent statement from a well-known Indian Muslim leader is a clear example of such personalities.

“Women are only fit to deliver children. Gender equality is something which is never going to be a reality. It is against Islam, humanity and was intellectually wrong.”

I, however, beg to differ with this so-called leader. Has he not heard of Hazrat Khadija (RA), a prominent figure in Islamic literature? The one that people of Makkah proverbially referred to as a woman with a ‘golden touch’?

“She believed in me when people rejected me and she gave me a daughter; Fatima.”

Furthermore, she was the first feminist in the history of Islam; she challenged the concept of gender discrimination in the Arab world. Not only was she a career-oriented woman, who inherited her family business from her father, the business flourished under her leadership and astute insight. The Prophet (PBUH) himself used to work for Hazrat Khadija (RA).

It is known that Hazrat Khadija (RA) had always admired the Prophet’s (PBUH) integrity and generosity. Contrary to the Arab tradition of the time, she, the most desired woman in the Arab society, sent a marriage proposal, through her friend Nafisa, to the Holy Prophet (PBUH). When Nafisa asked the Prophet (PBUH) about Hazrat Khadija (RA), he replied,

“How is it possible? She has rejected the proposals of many of the Quraish aristocrats and rich men. Would she marry me?”

“This union is possible and I will arrange it.”

This wedlock was written as the first love marriage in Islamic history, and the two shared an ideal relationship for 25 years.

Unfortunately, there are some misconceptions that are blindly followed by our society today, and we refuse to realise that neither of those notions exist in Islamic history. To date, we believe stereotypes that we think have been passed on from the Prophet’s (PBUH) time. For instance, the common notion holds that husbands have to be richer, older and taller than their wives. Hazrat Khadija (RA), however, opposed that stereotype; she was wealthier, older and taller than Prophet Muhammad (PBUH).

She was the richest woman of the time and yet she lived with her husband in a dilapidated hut and ate leaves for survival. Furthermore, she had invested all her money and efforts in her husband’s mission, and supported him through thick and thin. She is known as the most remarkable woman in the history of Islam and one who faced life’s hurdles in the most extraordinary manner.

At the time when the Quraish imposed economic sanctions on Prophet Muhammad (PBUH), Hazrat Khadija (RA) used to stay up the entire night making sure that no one attacked her husband. Hence, Hazrat Khadija’s (RA) moral, economic and psychological support played a grave role in helping the Prophet (PBUH) spread the message of Islam.

According to Tamam Kahn, author of Untold: A History of the Wives of Prophet Muhammad, Hazrat Khadija (RA) was the “the rock upon which Muhammad built his family and religion”.

Perhaps the maulana should be reminded that our religion is indebted to Hazrat Khadija (RA). She invested all that she had to free the slaves, feed the poor and support the mission of Islam.

I do wonder, however, how Aboobacker Musliyar has managed to attain the title of a ‘religious preacher’ when he does not even know the true history and teachings of Islam?