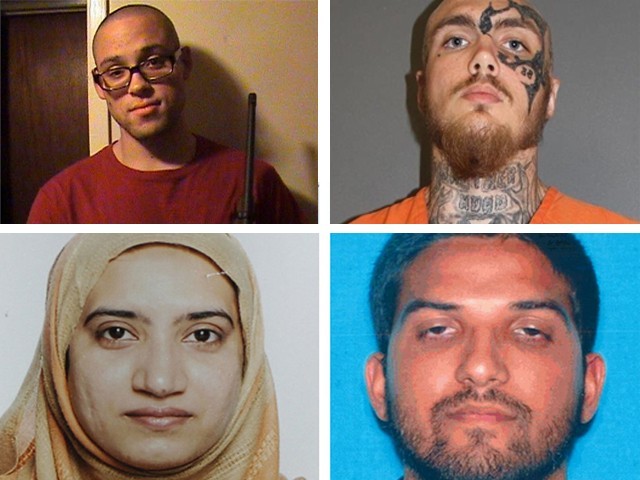 Have you heard of a guy named Kenneth Morgan Stancil III? The man who confessed to the mass shooting that took place in April 2015, at the Wayne Learning Centre in Goldsboro, North Carolina, USA?

Do you know which school he went to or where he developed such a ‘lone-wolf attitude’?

‘Lone-wolf and not extremist, obviously; he was white.

Do we know who radicalised him or why he became so intolerant towards his very own society? Do we know why he deemed killing people the only way to prove his point?

No, we don’t. Because back in April, when this incident took place, none of these questions were posed by the ‘intellectuals’ on Fox News, ABC News, CNN etcetera.

If you don’t remember this incident, as it happened about eight months ago, perhaps you remember Christopher Harper-Mercer?

Does that name sound familiar?

This mass murderer carried out the ‘hate crime’ (obviously not terrorism) of mass shooting at a college in Roseburg, Oregon this October. I mean, this was fairly recent. This October means what, two months ago? The details for Kenneth Morgan must have become fuzzy because so much time has gone by. Perhaps we know more about Harper-Mercer.

Do you know which school he went to or where he developed such ‘hate’? Do we know who radicalised him or why he became so intolerant towards his very own society? Do we know why he deemed killing people the only way to prove his point?

In fact, if you try to look for this man’s information; the school he attended, who his girlfriend was and the countries he visited – despite it being the age of Google, it would not be an easy feat.

Now, let’s come to the most recent of the ‘mass shootings’ to have taken place. December 2, 2015, two people, of Pakistani origin, stormed into a gathering of civil servants and opened fire. Their names were Tashfeen Malik and Syed Rizwan Farooq, and the incident is now famously called the San Bernardino carnage. This, we can call terrorism; they were Muslim.

If we forget about Syed Rizwan for one second and just concentrate on Tashfeen, we will realise that, in the past six days since the attack, there has been such an overwhelming amount of information that has been floated around about her that you will probably be able to find out how many cavities she may have had in her teeth when she was seven-years-old.

A simple Google search will give you details right from the time of her birth to her death; countries she visited with dates and stamps, images of her Pakistani national identity card, the exact location of the school she attended, the date of her wedding, the date she gave birth to her child and perhaps even the food she liked to eat. And what’s worse is, it doesn’t end here. You will also be able to find a list of people who might have ‘radicalised’ her, an analysis of how she managed to turn her husband into an extremist (obviously he succumbed to her influence, that’s what Muslim women do, don’t they?), how cruel she was because she didn’t care about her old parents (this argument only applies to this particular case, because… well, the other shooters weren’t Muslim).

You will find endless discussions about how extremist her mind-set was; how she did not go to court for something she believed was not right and instead took matters into her own hands.

While I do not, in any way, deny what did or did not happen, it is just very disturbing for me to see how readily the world ascribes to a completely different set of standards of justice for Muslims and the rest of the world. In a country in which 355 incidents of mass shootings have taken place, it is surprising that this one incident called for so much more scrutiny than any of the previous 354 incidents? Were those incidents any less appalling? Why is it that, in the case of a shooter with Muslim faith, it could not have been a ‘hate crime’ for example? Was it because the victims of the crime were from another religion? Is that how the connection to ‘terrorism’ is being created? Because if I remember correctly, a white, American, male did go on a shooting rampage at a Sikh temple in Wisconsin. I don’t recall that incident being termed as an act of ‘terrorism’. In fact, I am not even sure I recall what religion the assailant ascribed to. It makes me wonder whether the term ‘terrorism’ was coined specifically for incidents of violence (however big or small) instigated by a Muslim.

The shootings in San Bernardino were horrific and I would like to extend my condolences to all those people who lost their loved ones in this despicable act of violence. I condemn the San Bernardino shooting just as much as I condemn all 354 other shootings that took place in the US this year. Unlike the Western media, I, for one, have not mastered the art of manipulation – so, to me, each incident is as horrendous as its predecessor. Innocent lives were lost, the world mourned and humanity prevailed – and, hopefully, no amount of manipulation will change that.