No, Mohammad Amir, your spot fixing wasn’t a ‘minor’ offence 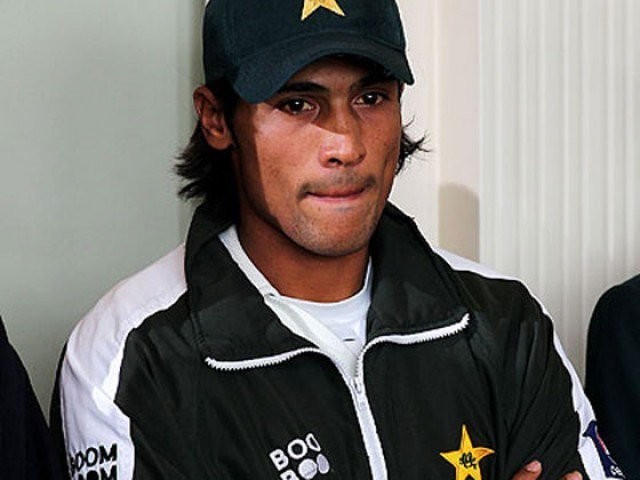 Although the spot-fixing scandal was both terrible and humiliating, I felt the cricketing community was being a little harsh on the young sportsman. PHOTO: AFP

Of the three cricketers convicted and punished in the infamous spot-fixing scandal, I felt sympathy only for Mohammad Amir, since the left-arm fasted bowler was the youngest of the trio, and quickly put himself (as probably advised by his lawyer) at the mercy of the courts.

On the other hand, both senior bowler Mohammad Asif and skipper Salman Butt fought legal battles to the very end. In fact, Salman Butt shamelessly exploited the nation’s hearts on Pakistani news shows by claiming that there were conspiracies against him. Finally, after exhausting all good will and legal recourse, Butt came clean. This is why the disgraced ringleader should ever be allowed anywhere near a cricket field.

Recently, Pakistani opener Mohammad Hafeez and World-Cup-winner-turned-pundit Ramiz Raja expressed disgust at the return of Mohammad Amir. Hafeez says he simply doesn’t want to play in the same squad as the tainted cricketer, while Raja claims Amir isn’t nearly as innocent as he has been portraying.

“The argument put across in Amir’s favour is that his talent was compromised at a young age due to poor judgement and his naiveté, and because he comes from a poor family. If that is the case, there are millions of other Pakistani youth who have had a tough start in life, and less than ideal upbringings. Does that give them a licence to use underhanded means and cheat to make a living?

“In fact, to quote an incident, I was approached to find out why Amir had turned down a more-than-decent offer made to him by an English county just a day before he was caught. During my conversation with him regarding the offer, I realised that because the offer was a few thousand pounds short of what he expected, he was willing to let go of an opportunity to play and establish himself at a renowned and historic county. I came to the conclusion that he was not, after all, so gullible and naive about money matters.”

Other Pakistani cricketers, as well as international superstars, including Kevin Pietersen, have also expressed dismay at Amir’s return.

Although the spot-fixing scandal was both terrible and humiliating, I felt the cricketing community was being a little harsh on the young sportsman. After all, he had paid his penalty, and if he was remorseful for a crime he had committed as a teenager, he deserved a second chance.

This was until I watched Amir’s interview on a TV show called Morning with Farah, with Farah Hussain.

To start with, Amir, much like Salman Butt, tries to turn it all into a nonsensical conspiracy theory hatched by the media,

“The way things were talked about wasn’t the way it happened. It wasn’t the way it was shown to the nation. Regarding the media… I feel sorry (for the way they behaved). One should take care of a country’s respect themselves, and the media should have saved our nation’s respect.”

Amir feels bad about the media’s behaviour, but what about his own? Did the Pakistan and British media accept money from a criminal and deliberately overstep on the cricket field to defraud bookies?

No, Amir, it was you who brought disgrace. Here he continues with his wild theory,

“If you look at England, (there) they killed a black guy. So, they let set all of London on fire. I think within one week, everything was clear and no one could tell that anything (bad) had happened. I was there and the media didn’t highlight the issue the way it was happening. They showed very small small events… minor events… In the same way if you want to create and save your country’s respect you have to do it through media. Such a small thing (was the spot fixing event), and you showed it through media.”

While Amir’s point about excessive sensationalism on Pakistani TV is valid, it is shocking to note how he displays little regret for his actions, and how he makes his wrongdoing out to be a minor transgression.

Here, Farah, the interviewer pleads with Amir to show some sanity,

Amir cuts her off,

“But the way they showed it was if it was something huge (raising his hands), but in reality, it was tiny.” (Bringing his thumb and index finger together)

Sensing the shock written all over Farah’s face, Amir continues,

“What do you want me to say? A small thing is made so big here. It was spot-fixing but we were tried in a match-fixing court. What do you think this points to? Any intelligent person can figure it out. We were punished for a crime we did not commit.”

Next, Amir speaks of ex-cricketers who fed him conspiracy theories. He summarises,

“I would like to say to the media to show the event but stay in your limits.”

Farah is visibly upset. Desperate to find some compassion from Amir, she asks him to speak of his deceitful deed, but Amir will have none of it,

“Again, we will have to go back to the same thing. Did I do it, or was I forced to do it?”

Farah wonders if there is so much pressure on a cricketer, that he can be compelled to do something against his better judgment. Amir explains how a normal person asked to commit a crime can report it to his superiors, but here, his captain was the one beckoning him. Amir also reminds Farah of the strength of the murky betting mafia. Finally, Amir says he will never let history repeat itself, should the opportunity arise again.

Certainly, Amir has my sympathies for being roped in by a captain he trusted, that too when he was a teenager. He was also likely frightened by the thought of defying the powerful mafia lurking in the shadows of the profession he was a part of.

That being said, if Amir didn’t have his skipper to rely on, he could have turned to his manager, coach, the PCB, the ICC, or even the media. Although Amir was a young man, he obviously wasn’t a child, and it is disappointing to note how he blames the TV channels, his captain, external pressures, but has no words of repentance for his own sins.

Love him or hate him, we must remember how Shahid Afridi’s name came up as someone incorruptible during wiretapped discussions between the corrupt and those who exposed them. Yes, Amir was targeted because he was more vulnerable, and he has served his sentence, but should he be welcomed back into the international team with open arms?

I am not so sure anymore.