Why are Pakistani men scared of being fashionable? 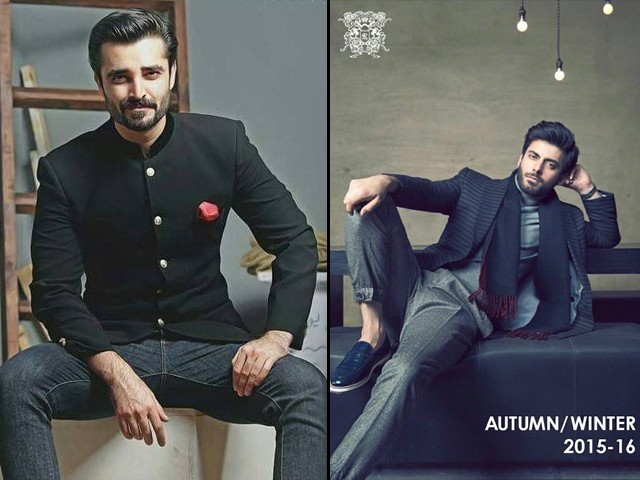 Browsing through magazines and websites, I’m sure most of you feel that fashion is very female-centric. And when I say female-centric I do not mean to sound misogynistic or anti-feminist, I’m merely stating that women dominate this industry, ranging from modelling to street style to bridal fashion.

In South Asian countries, especially Pakistan, where the society is more patriarchal and chauvinistic as opposed to other countries, it makes sense why fashion is not seen as something that men could or should associate themselves with. Young boys and men are usually nurtured in such a way that fashion becomes a sort of taboo, and guys who like to dress up become social pariahs.

In Pakistan, the fashion industry, which is an important economic asset for the country, is entirely monopolised by women.

You see, if we break it down, fashion weeks are three to four-day long events that are widely known for showcasing brands exhibiting collections for women. Unfortunately though, when it comes to fashion for men in Pakistan most people think of fashion for grooms. Elaborate sherwanis and kurtas somehow become the sole link between fashion and men in Pakistan.

Breaking it down further, there are very few brands for men in Pakistan! I can literally list down most, if not all of them. If a guy wants to get a tailor-made suit, he would have a potential list of five to six shops/brands that he could go to – Republic by Omar Farooq, Ammar Belal, Munib Nawaz, Amir Adnan, Humayun Alamgir and upcoming brands like Jermyn Street Clothing and Fibonacci Bespoke.

Furthermore, all red carpet events seem to focus more on what women wear and not as much on what men wear. And if you think about it from the business perspective of these media houses, it’s probably because men, in our part of the world, do not really care about what another guy wears to an event. For example, women will go through magazine images, carefully gauge social media trends, conclude what new length of lawn kurtas seem most popular amongst the masses, what the rich and elite are wearing to weddings, if a velvet choli is still trendy, etcetera. Men, on the other hand, will take out whatever touches their hands first in their closet and wear it.

Why can’t guys think about fashion and style?

Style is a reflection of one’s personality. Your style is an expression of your being. If we go back a few decades, the men in Pakistan and South Asia were more fashion conscious than they are today. They spent time grooming and looking after themselves. If you sit with your grandfathers, you would notice that they are more particular about clothes and grooming than most of their grandsons. Donning the perfect shave, a decent haircut, wearing coats and overcoats, polished shoes, everything about their generation seemed more dapper.

In recent years, however, some men have become more fashion conscious. Even in our part of the world, young guys have started paying more attention to grooming and dressing up. In my opinion, the advent of international institutions like Toni and Guy, led by the dapper Creative Director of the Northern Region in Pakistan, Shammal Qureshi, paved the way for others to fill a void. After the brand opened its salon in Lahore, trends changed tremendously. People started realising the importance of a well put together and groomed look.

Moreover, with the evolution of media and pop culture, young men have started paying more attention to the way clothes fit as well. Even if it is a simple pair of jeans, guys nowadays will go the extra mile to make sure that their skinny jeans fit perfectly and their blazers don’t droop around the shoulders. We still have a long way to go but at least there has been a visible progression in the right direction.

Social media has also played a massive role in all of this; Instagram curates trendy street style images from around the world and provides a great way of gauging trends adorned by men on the streets of some of the biggest cosmopolitans of the world.

So gentlemen, please start investing in yourself. Spend a little time to iron the t-shirt that you wear so casually, because it reflects the person you are.

When a woman dons a pair of high heels, her entire stature and look changes; she becomes more poised, her back becomes more erect and her gait changes completely. Sophistication kicks in and her high heels put her on a pedestal. When men wear suits, the same things happens. The posture, body language, walk, everything changes. We become more confident of ourselves.

So if you like the idea of being stylish and fashionable – be it. There is no shame in trying to look good and well-groomed; it really won’t compromise your masculinity.

A Pakistani blog for Men, aimed at making a Dapper Pakistan. They tweet @Dappistan (twitter.com/dappistan?lang=en)