My country won’t stand up against rape, but I have to stand up for the national anthem? 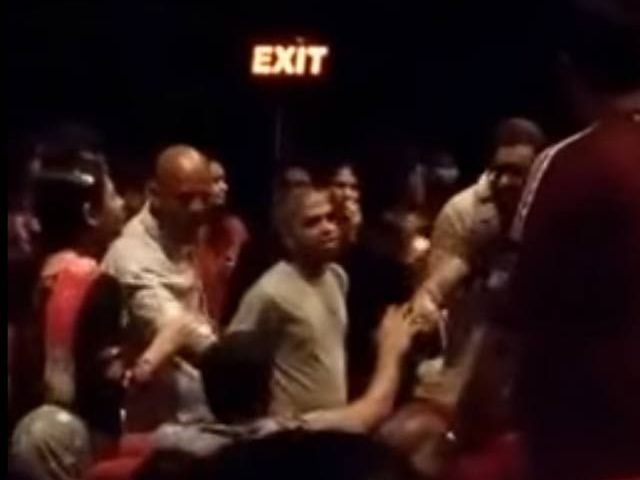 Family members try to defend themselves as people accuse them for disrespecting the Indian national anthem. PHOTO: TIMES OF INDIA

“Nationalism is a great danger. It is the particular thing which for years has been at the bottom of India’s troubles. It is my conviction that my countrymen will truly gain their India by fighting against the education which teaches them that a country is greater than the ideals of humanity.” – Rabindranath Tagore

On Monday, at a movie hall in Mumbai, a family was humiliated, threatened, told they would be slapped and were forced to leave the hall amidst applause, because they did not stand up during the national anthem.

The arguments, justifying the actions of the moviegoers who bullied the family, range from emotional outbursts that call for allegiance towards the nation and the national anthem, to talking about our soldiers who risk their lives for their motherland.

Some arguments cite laws in monarchies and dictatorships, like Thailand, where in movie halls a song praising the king is broadcasted before every show and everyone has to stand to show respect. One can be jailed for failing to do so.

The proponents of these arguments forget that we are a democracy.

Some Non-Resident Indians (NRIs) are sniffling about how emotional they are regarding the national anthem. They’re saying their hearts bleed when the anthem plays but their “patriotism” dies when greener pastures (read dollars) call out to them.

But no, you can’t point that out, because not standing up for the national anthem is unpatriotic. Leaving your motherland for better opportunities and waiting with bated breaths for foreign citizenship is fine. I wonder what happens to their bleedings hearts when on paper they revoke all rights and sign away their allegiance to their motherland.

If someone, however, wants to leave the motherland in fear of this growing intolerance, then the unpatriotic flag is waved again.

Patriotism, as a trait, is pretty confusing.

When I was a student, I remember I was coming back from college in a Delhi Transport Corporation (DTC) bus and a man came and stood beside me, and deliberately kept pushing against me. When he tried to feel me up, I shouted, but not one person, not even one, offered me a seat or roughed up that man or even asked him to get off the bus. My students who travel by public transport tell me it’s still the same, and that no one bats an eyelid. How many of them stopped for Nirbhaya when she was bleeding to death?

How often have you seen a packet of chips being thrown out of an SUV? They litter, they spit and urinate on the streets, yet their heart bleeds for the national anthem.

One of my students once said to me,

“Ma’am wouldn’t this country be a much better place if people felt the same outrage for rape?”

My point being that there are better ways of showing your patriotism, than standing up for the national anthem or roughing someone up who doesn’t.

What reasons did the Muslim family have for not standing up at the Mumbai theatre on Monday?

Maybe they were just being lazy, maybe they didn’t want to stand with coke and popcorn in hand.

Does that mean they are any less patriotic than the hyperventilating zealots?

Maybe they don’t have a sense of belonging and they are not patriotic. I can think of many people who are not.

I can think of people in the Armed Forces Special Powers Acts (AFSPA) imposed regions who want to have nothing to do with this country.

I can think of that Dalit family which was paraded around naked. I can think of the Dalit children who are made to wash toilets or the Dalit women who are raped in villages and find no justice, or Muhammad Akhlaq’s son for that matter, or the children of the victims of Muzaffarnagar or Gujarat riots.

But I can understand why some people might not feel the same way, the people who were kept out of this privilege, and were excluded from the development, the education system and the rights. And if they have no feeling of belonging for whatever reason, justified or not, can patriotism be forced down their throat?

Is it okay to resort to violence, verbal or otherwise?

Will that make him/her patriotic?

Another important question we must engage with is: Would it be such a big deal had the family not been Muslim?

Isn’t it this whole thing about asking members of certain communities to prove their patriotism?

But why does anyone have to prove it? Why is patriotism becoming a matter of authority, jingoism and rituals?

Why do we have to make a public display of it? Patriotism cannot be inspired with a stick or a threat.

Do you think the family which was humiliated left the theatre hall feeling more patriotic?

Nationalism is something that comes from within. And it will come automatically when all citizens are treated equally, when there is love, harmony, and an effort to reduce poverty, starvation, gender violence, caste violence, and violence in border states.

When everyone is included in the development, everyone will have the feeling of belonging.

The law was broken on Monday in that Mumbai movie hall. Ask yourselves who was at fault – was it the law-abiding Muslim family who sat peacefully (there is no law that says it is a punishable offence to not stand up during the national anthem in a movie hall) or the people who threatened them and forced them to leave?

Forget about laws, what does your morality tell you? Is patriotism bigger than the ideals of humanity?

The writer is an assistant professor at the University of Delhi.