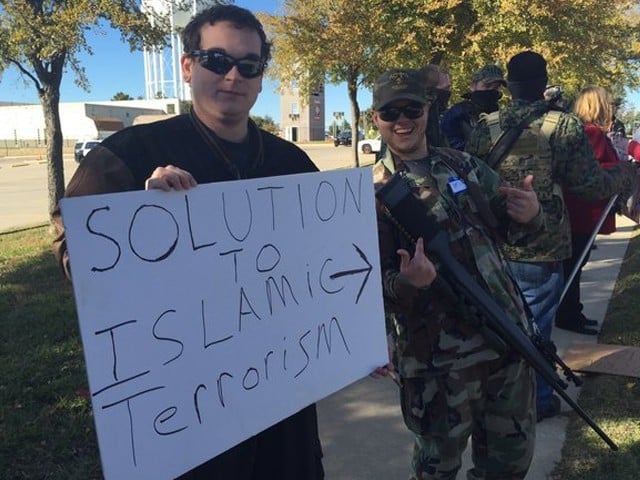 I haven’t written many articles or newsletters this year. Part of the reason is that I’ve been busy on other fronts, in my personal life as well as working on a couple of new book projects, plus launching a modest book-publishing venture (the website is still a work in progress).

But I also don’t think the world needs a steady stream of op-eds and tweets, opinions and “quick takes”, from me, any more than it needs them from anybody else. Part of our problem these days is that we all have all too much to say.

So I’m writing now to say something I consider important: that the Muslims I know are not like the ones you see on TV. Anyone who knows me either personally or through my writing knows that I’ve said that many times before, in different forms and venues. I really don’t know how to say it differently or better, or to write other than out of my own experience. My personal exposure to Muslim people began in Kashmir in 1994 and continued in Malaysia, Indonesia, Bangladesh, India, Thailand and especially Pakistan, where my extensive travel culminated in a stint living and teaching in Lahore in 2003-04 and the publication of my book “Alive and Well in Pakistan”. Since then I’ve returned to Pakistan twice, in 2009 and 2011.

And since returning to live in the United States in 2006, I’ve put in a lot of time and air miles getting to know Pakistani-American communities from coast to coast. I can say that I haven’t agreed with or even personally liked every Muslim I’ve ever met, but then again I haven’t agreed with or liked every Christian or Jew I’ve met, either. Human nature is what it is.

So we have to deal with each other, and with ourselves. It should go without saying – but I’d better say it anyway – that the carnage perpetrated in Paris by Islamist radicals is appalling and utterly without justification. But I don’t want to live in an America ruled by fear and loathing, bullied by those among us who lack the self-control or self-respect to resist yielding to their lowest animal impulses. At the moment, I’m speaking in particular of the cretins who have been terrorising an Islamic centre in Irving, Texas by showing up there armed with automatic rifles, which unfortunately happens to be legal in Texas. Just because it’s legal doesn’t mean they’re not cretins and bullies.

And I take this personally because the same outfit, led by a coward named David Wright, has also published on Facebook the home addresses of Muslims and so-called “Muslim sympathisers” who spoke out at a recent Irving city council meeting against an unnecessary and incendiary “anti-shariah” Texas state law.

Shame on me for the following, but I was especially brought up short by the fact that one of the addresses published was that of an activist named Anthony Bond, i.e. apparently a non-Muslim American just like me. That World War II-era poem about how first they came for the Socialists, then they came for the Jews, etc comes to mind.

You could object that bullies like David Wright don’t represent or lead mainstream America. But if they don’t, who does? And who among us will stand up against large, aggressive men armed with automatic rifles, for the principle that might does not make right? Well, Anthony Bond will, for one.

“We have a right to disagree, but we do not have the right to target and cause … harm just because we differ in our beliefs,” he told the Dallas Morning News. “That is the goal of this post: to put a bulls-eye on the back of all the people that stood up against the so-called anti-Shariah law bill.”

The other crucial principle to stand up for in today’s America is that it’s not all right to judge or punish or intimidate people solely or pre-emptively on the basis of the religion they were born into. Perhaps I have an advantage in this, since I know many Muslims personally. And I know what they’re like: for better or worse, they’re just like you and me.

Author of "Alive and Well in Pakistan: A Human Journey in a Dangerous Time", "Overtaken By Events: A Pakistan Road Trip" and "Bearing the Bruise: A Life Graced by Haiti" among other books, Ethan tweets as @EthanCasey

Muslims in America, Christians in Pakistan