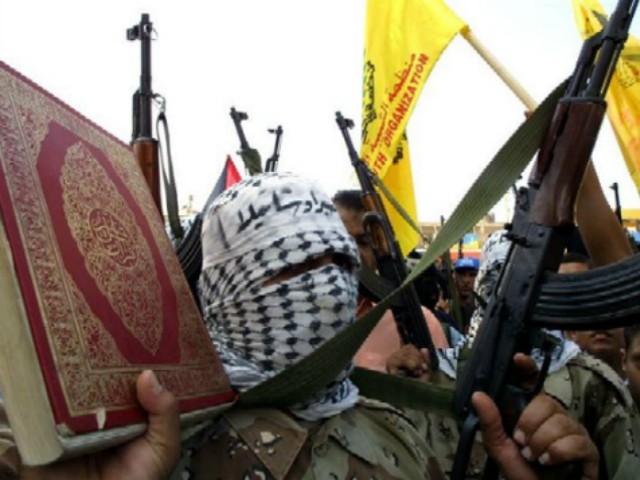 In reality, most of the terrorists have little to no knowledge of Islam and its teachings. PHOTO: REUTERS

Knowing your enemy is the very first step in fighting and defeating the threat it poses to your existence. Your enemy will always try to fool you with misinformation, so you never find out his actual motives and tactics.

The world, both in the West and the East, has been fighting terrorism for decades, even before America saw the brutality of 9/11. The 9/11 terror attacks shifted all the efforts toward growing terrorism in the name of Islam and it was named as the ‘war on terror’.

This war has been going on for 14 years now – with attacks around the world only increasing in recent times. Along with these attacks, the misconceptions surrounding these terror groups are also snowballing. Out of the many misconceptions floating around about terrorists, the following will, hopefully, make you change your views on Islam and terrorism:

1. They only kill non-Muslims

One of the most widespread misconceptions about terrorists is that they only carry out attacks on non-Muslims and keep their Muslim brethren unharmed. On the contrary, the statistics studied by Combating Terrorism Center (CTC) at the United States’ Military Academy suggest that more Muslims have lost their lives at the hands of different barbaric militias since 9/11, around the world, as compared to non-Muslims.

The streets of Nigeria, Pakistan, Afghanistan, Turkey and other Muslim countries are flooded in the blood of innocent civilians. The self-proclaimed Islamic State has killed more Muslims than non-Muslims. Further evidence comes from the recent report published by the International Centre for the Study of Radicalisation (ISCR) which reveals that the terror group is primarily concerned with killing the co-religionists without any discrimination of Shia and Sunni. Hence, don’t ever assume that your Muslim neighbour has any sympathy towards such barbaric groups, s/he might have lost one of his/her loved ones back in his/her country of origin.

The irresponsible suggestion upon which right-wing politicians in the West urge the closure of mosques and madrassas, to dismantle terror networks, is also predominantly based upon the same myth that terror recruitment takes place inside mosques.

Secret agencies and different police departments have already tried infiltrating mosques to monitor such suspicions and always end up without any success, earning notoriety for illegitimate surveillance.

On the other hand, most investigations linked the recruitment to prisons that our states largely ignore. The same is true for the Charlie Hebdo attackers in Paris earlier this year, where culprits were radicalised during their imprisonment term. The architecture of ISIS was also inked in Guantanamo. I hope politicians and spies pay a little attention to their corrective detention facilities instead of blaming places of worship of any religion.

3. They are experts on or representatives of Islam

Terror groups like ISIS and al Qaeda fool the masses by appearing as Muslim visionaries (jihadists) and experts on Islamic jurisprudence and theology. Most of us, unfortunately, believe their camouflage and think that Islam teaches such barbarism.

In reality, most terrorists have little to no knowledge of Islam or its teachings. A French journalist who was held prisoner by ISIS described how the ideology his captors spoke of had little to do with religion. He said,

“It was more hammering what they were believing than teaching us about the Quran. Because it has nothing to do with the Quran. We didn’t even have the Quran; they didn’t want even to give us a Quran.”

If they did truly follow Islam, they would know that Islam strongly discourages killing, so much so that the Holy Quran states that the ‘killing of one man is equivalent to killing all of humankind’. So let your kids study and gain knowledge of Islamic culture and history in their schools, as knowing the true teachings of it greatly reduces the chances of radicalisation.

4. They operate in utmost synergy

A strategic misconception that most have regarding terror groups is that they act in utmost synergy with other terror outfits operating under different names from different areas. But in reality, they consider other terror outfits as rivals and always prioritise in defeating them first. This can be seen in Afghanistan lately where Taliban groups are fighting the recent recruits of ISIS instead of collaborating with them in any manner. It clearly manifests the fact that the objective of such groups is not to have an Islamic emirate or to fulfil a religious obligation but only to seize more power, money and slaves.

Unarguably, terrorism has no religion, colour or boundaries, but we ignore to realise that it does not have any sect either when we associate militancy among Muslims with Wahhabism or Salafism. Hezbollah and Taliban are perfect examples supporting the fact that it is not Wahhabism that promotes terror but the geo-strategic and political realities.

The most eminent scholar of political Islam in the last century, Abul Ala Maududi, who later inspired various Islamists and jihadi groups around the world, was also not a Wahhabi (Patterson, 2010). We can blame Saudi Arabia for supporting proxies in the Middle East but attributing it to a belief is unjustifiable.

Studying terror groups in Russia, China, North Africa, Middle East and South Asia will simply make it clear that terrorism is not exclusive to Salafists. So never fall prey to any religious or sectarian bigotry while criticising terrorism.

The author is a web journalist and a peace activist. His work focuses on global conflicts and the role of religion in Muslim societies. He is also the co-founder of the "Council on the Protection of Worship Places, Pakistan" and tweets as @RashidGujjar (twitter.com/RashidGujjar)