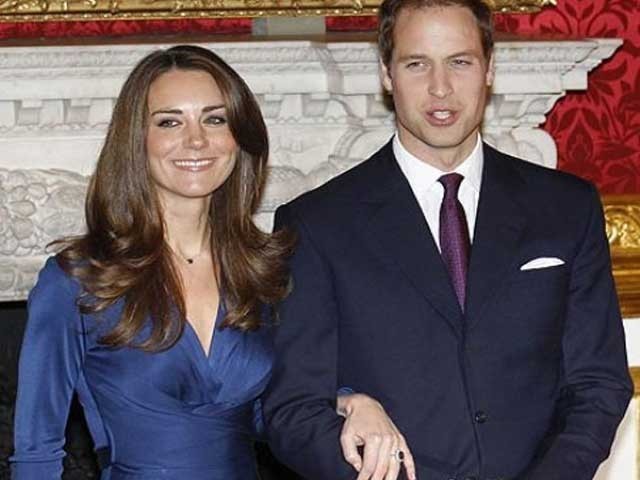 The engagement announcement earlier this week caused quite a stir across Britain. PHOTO: REUTERS

When she was 21, my sister went backpacking across Europe. As she was preparing to embark on her adventure, she asked me if I had any preferences for a present to bring back which she could fit within her backpack.

A starry-eyed-fascinated-with-royalty-teenager, I asked her to bring me back something to do with Prince William.

This was nearly 10 years ago – when His Royal Highness was still single and had most of his hair intact. Though the sexy black boots and the coloured rainbow socks were an added bonus, the Prince William fridge magnet she brought back for me remains stuck on the fridge at my home in Karachi till today.

No surprises there – I wasn’t the only one. According to a ‘Kate and Will’ documentary special on telly last night, thousands of girls from across the world flew to St Andrew’s (helpfully booming the university’s application rates) after Prince William enrolled there to pursue his Arts History degree. Honestly, which girl wouldn’t dream of becoming the future Queen Consort on the arm of a good looking (albeit increasingly balding) future King of England? For one girl, the dream did come true.

The engagement announcement earlier this week caused quite a stir across Britain. I was at my office desk when the announcement came up on BBC; I heard a collective gasp from everyone on my floor. The engagement has been long anticipated, to a point where the now future Queen Consort had been nicknamed ‘waity Katie’ by the press. The wait, it seems, is finally over – ‘waity Katie’ no more. About 10 minutes after the announcement, the news had sunk in and the speculations began. Will the wedding take place at Westminster Abbey or St Paul’s Cathedral? Will it be spring or summer wedding? Will we get a day off? Will Catherine (as she will be known going forward) replace Princess Diana?

From all of those questions, I think the last one is the most unfair – Prince William using his late mother’s ring while proposing did not help the cause greatly. In my opinion, as much of a nation’s sweetheart as Lady Diana was, Kate will far surpass her popularity. Lady Diana was destined to remain a forever Princess in waiting, even if the divorce had not taken place. Kate, on the other hand, is destined to be the future Queen of England.

A fairy tale to revitalise the nation

The news of the Royal engagement has put a bright light in what is otherwise a cold, wet November in this country. Whether you take a stroll on Oxford Street or hop on to the tube to West End, you experience a renewed sense of hope and excitement.

Perhaps the engagement announcement was more politically motivated than a sweeping, romantic gesture; something like this was desperately needed to revitalise a nation on the brink of a breakdown. Britain’s had some very rough years following the unpleasantness of Diana’s death, Prince Charles’s remarriage to Camilla – the recession has only furthered the misery. But now it’s time for good news.

According to yesterday’s Evening Standard, David Cameron sees the Royal Wedding next year as the perfect occasion to fill the gap between now and the 2012 Olympics – selfish much?

The next few months will see commemorative 5 pound coins produced by the Mint to mark the engagement (a Royal first). Other commemorative paraphernalia is already available on the streets – mugs, shirts, hats, flags – they’ve got it all.

Some newspapers call it Britain’s very own happy fairytale ending. Whether the future holds a Queen Consort or a public relations dilemma, only time will tell – one thing is for sure though, after Tuesday, Britain seems a happier place.

A PR consultant in London who aspires to be a fashionista and a food critic.

Omar Mansoor: A collection for princesses

5 things my taste buds miss most about Karachi

What is your Valentine’s Day mantra?

Stop portraying Pakistan as the Meera of the world!