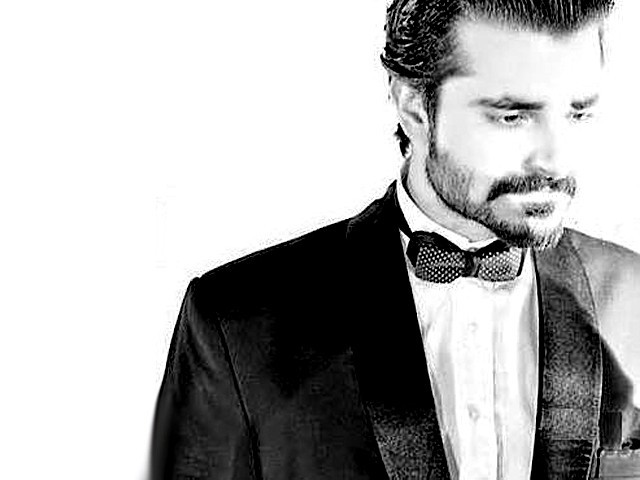 No one is arguing on whether they are Muslims or not. Abbasi did not do that either. PHOTO: HAMZA ALI ABBASI FACEBOOK PAGE

All hell broke loose and the balance of the world was skewed when Hamza Ali Abbasi took to social media to write about his grievances yesterday. Usually the most popular regarding his views, this was the first time when tables were turned on him because he spoke up for Ahmadis.

I am sure as he went to sleep last night, he must have been astounded with the reality check he got from people who were previously his fans and now out for his blood.

His first post highlighted how Pakistanis are quick to condemn and mourn for people dying in Syria, Iraq, France or even humanity but when it came to their own people, they said nothing. In fact, they were perfectly alright with it.

What followed in the midst of a handful of support were comments that further proved his point. They stated reasons as to why there was nothing wrong with torching of the factory as the people had committed blasphemy. No one had any qualms that little children had been killed too. The charges of blasphemy were also just hearsay and not proven.

Abbasi tried to explain further by giving people a lesson in civics and how to go the police when there is a problem. He had to explain to people that if they kill, it is a bad thing. Yes, that was the level of intellect he was up against.

He later mentioned an Ahmadi place of worship had been taken over and how people should not complain if another country thinks Muslims should be killed for their belief, as they were doing the same thing themselves. As expected it fell on deaf ears.

Clearly becoming a little distraught at this point, he said that even if the people think Ahmadis are not Muslims, they should realise that they are citizens of a Muslim majority state, and it is the duty of every Muslim to protect their rights, as they are dhimmis (non-Muslims) or part of the minority. Literally spelling it out like for a child, he was telling them “to hurt others is not a good thing”. He also stated that when you hurt them, it is out of anger and not for Allah.

Instead he got threatened by people to watch his back, they made violent jokes about Ahmadis, how sickened they were of Abbasi; everyone oblivious that all he was asking for was for people to treat others well. To not resort to violence every time. His personal life was attacked and how he must be the worst kind of Muslim out there. Completely missing out the irony in their comments, they were saying that the best kinds of Muslims kill people over their beliefs.

Someone likened Ahmadis to Jews, dogs, while others called them apostates. One was kind enough to give his violent opinion, but then ended it with “but don’t kill them”. I don’t know whether to commend him on knowing that murder is wrong, or to hit him on the head and tell him that all people have rights.

The cake was, the most birdbrained comment from another genius who said that Abbasi’s surname must be Qadiani. “Come out of the Ahmadi’s closet” was also a popular statement.

I would have thought this was one of those laughable moments, but then this happened.

Yes, an actual TV channel asked him to come clean about being an Ahmadi. This logic is far too advanced for me. To speak up for another it means that you are one too? Do you have to be an Ahmadi in order to defend them?

If you speak up for Shias, does it mean you are Shia?

If you speak up for Christians, does it mean you are Christian?

I’m guessing no. Then why does this logic apply when it comes to Ahmadis? No one is arguing on whether they are Muslims or not. Abbasi did not do that either, he left it to people to decide. All he asked for was them to be left alone and be given the same rights as others. Well, when it comes to Pakistan, no one has any rights, but I’m sure he meant not to kill them or to take over their places of worship and bully them to cower in fear.

Whatever happened to being compassionate, humane, and empathetic?

How would these aggressive people like to live every night in fear knowing that they could be attacked at any given time? How would they like it if they felt their kids were not safe?

I am not a fan of Abbasi or his views, but I have to commend his courage to speak up for people who have no voice in Pakistan, knowing very well about the backlash he will (and did) receive for it.

It is not God who takes away the rights of the people. It is the very people who do that by making excuses to fuel their own hatred and insecurities. God doesn’t need people to handle His business.

I have repeated this time and time again, and will do so here as well, that only an insecure person with weak faith is bothered by others practices. If his faith is strong, he would not butt into other people’s business as religion is supposed to be personal and not shoved down everyone’s throat literally gagging them!

They scream Islam is peaceful and tolerant, yet act the complete opposite way, then cry buckets when people say Muslims are violent.

Can anyone see the circle here?

When the Islamic State of Iraq and Syria (ISIS) kills, they shout that anyone who kills another can’t be a Muslim and yet when it comes to Ahmadis, they look away like this is the exception to the rule – that it is meant to be broken?

Who here is the perfect Muslim and in a position to tell others how to practice their religion? No one. And what kind of example are you setting by acting violent and full of hatred? Please remember, unless you act differently, you are no better than the ISIS.