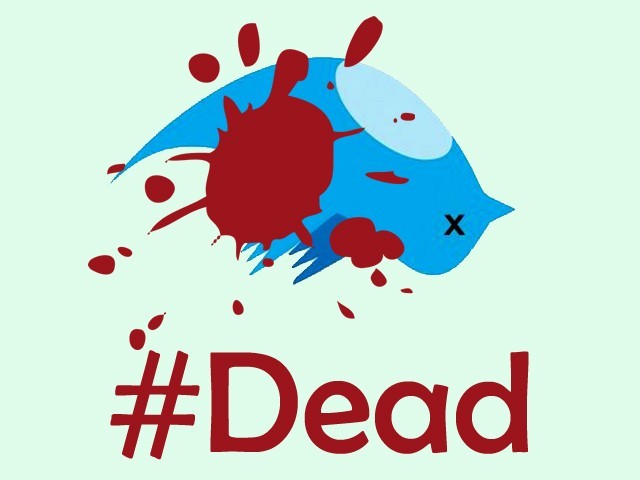 Twitter gained significant popularity as being the leading source of breaking news. It was the first source that broke the news of “The Abbottabad Operation”. In addition, it has also become a leading tool of political campaigning in the developed as well as developing world.

The importance of social media cannot be overstated. It has gained significant value in the personal, social, professional and corporate aspects of our lives. The public is believed to be the biggest beneficiary of these social networking tools as they have provided people with a decent opportunity to share their opinions, independently.

This is endorsed by a few happenings in the recent past. From the Arab Spring to US Presidential Elections 2012, Pakistan’s GE 2013, Operation Zarb-e-Azb, and Shahzeb Khan’s murder case, there are numerous examples at which the public shared its voice, anger, opinion and led a change.

Twitter, the subject under discussion today, gained significant popularity as being the leading source of breaking news. See, Twitter was the first source that broke the news of “The Abbottabad Operation”.

Helicopter hovering above Abbottabad at 1AM (is a rare event).

In addition to that, it has also become a leading tool of political campaigning in the developed as well as the developing world. Don’t need to elaborate Pakistan’s case.

However, there’s a corporate side of social media too, purely based on business principles. Almost all leading social networking sites like, Facebook, Twitter, and LinkedIn have become listed companies on the stock exchanges, and are also in the most popular stocks category because investors see them as viable and sustainable sources of income. Listed companies release their quarterly financial result, allowing investors and analysts to project their future and estimate projected growth opportunities.

When Twitter released its Q3 report of 2015, however, there was a big cloud of disappointment that took over the entire market, investors and analysts alike. The company couldn’t perform as per expectations, particularly in areas like ‘monthly active users’ and revenue growth. Analysts had projected 324 million MAU (Monthly Active Users), but in reality, Twitter announced 320 million MAUs.

Due to consistent negative news stories and poor user growth, there is a debate in the technology and digital marketing sphere about Twitter’s future. People are inclined to believe that audiences are more interested in Facebook, and this can be seen due to its consistent growth. Twitter users, on the other hand, are either leaving or reducing their usage.

It is obvious that user growth is a very important aspect for investors; if users are growing, advertisers will put in more money and Twitter’s earnings from ads will grow! Unfortunately, that is not the case with Twitter.

Before jumping to any conclusions, let’s identify those key factors that are converting Twitter into just another “Google Plus”.  Professionally, there are many reasons behind this decline in user interest and growth.

1. The biggest reason that has weakened Twitter is competition. Facebook has performed splendidly and has outclassed Google Plus and Twitter in terms of users growth and earnings. As a result, investors are happier with Facebook and willing to invest more in it.

2. The second factor is innovation. In the technology sector, innovation is the only lasting competitive advantage helping companies grow consistently. Twitter hasn’t been able to be as good an innovator as Facebook. Facebook introduced many new features, apps, tools, and most recently, an Instant Articles tool which was primarily a dig at Twitter. Though Twitter has recently launched poll and like buttons, their impact is yet to be seen.

4. The fourth factor (more important from psychological/behavioural perspective) is that of trolling and cyber bullying. It’s not restricted to Pakistan alone – the entire world is talking about social media abuse and cyber bullying. We have to give due credit (for good as well as bad) to our political parties that have encouraged people to use Twitter actively – what they forgot to do, however, was educate them on the ethics of using such a platform. In such an event, users started indulging in what is popularly known as ‘trolling’ and attacking if someone disagreed with their opinion. As a result, people have become too scared to voice their opinion on this platform and hence have reduced their Twitter activity.

5. The fifth factor is of trend-setting. Twitter trends indicate what people are talking about the most. It motivated users to share their opinions or information about the same issue, subject/personality. Unfortunately, today, with the help of bots, paid social media teams go on and set a trend of their choice. This kills the common user’s interest in the platform. And most of the times, trending words consist of abuses or unethical comments about a particular political leader or party.

6. In its early days, Twitter was said to be a community for a mature and educated class. I don’t believe the same can be said about the platform today.

In order to ensure that people remain active on the platform, and it continues to grow, the company has to ensure consistent innovation, improved user interference and maintenance of their unique user experience. With the recent changes in the top management and the introduction of a few new features, it seems Twitter realises it has problems. Only time will tell if it is able to solve the puzzle and get on the growth path or not.

A digital marketing professional based in Lahore. He loves to writes about business, technology and digital trends. He tweets @tahirakbr