What exactly was India’s role in the 9/11 attacks? 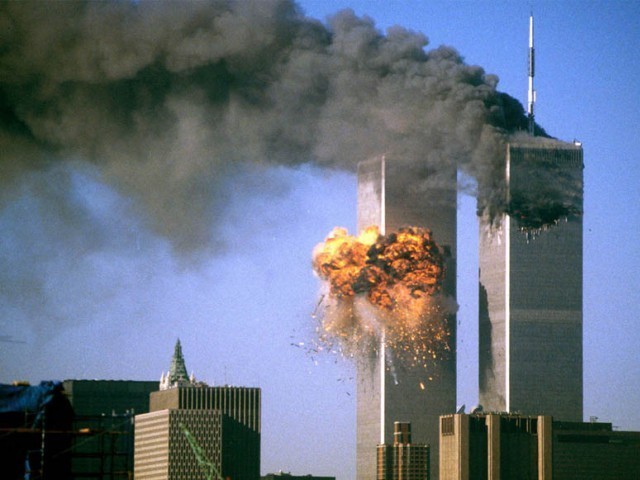 Neeraj Kumar has mentioned that part of the funding for 9/11 attacks in the US came from India. PHOTO: REUTERS

The world witnessed with utter disbelief, when live footage of two passenger planes flying directly into the Twin Towers was telecasted by all major channels of the world. Within minutes, the two towers were razed to the ground, with nearly 3,000 innocent people buried under.

The investigations revealed that four passenger planes were hijacked by al Qaeda operatives from the East Coast. The entire operation was meticulously planned and executed by Mohamed Atta, an Egyptian, along with 18 other members, who were all linked to al Qaeda. All 19 hijackers perished in the crash. And for the first time, we saw terrorists launch attacks in a country, all the way across the globe, boasting the highest level of security. Moreover, the incident laid bare the highly touted US intelligence.

The world has not been the same since the 9/11 attacks.

In a shocking revelation made in his upcoming book Dial D for Don, Neeraj Kumar mentioned that part of the funding for the 9/11 attacks in the US came from India. Kumar has worked for India’s premier law enforcement agency, the Central Bureau of Investigation (CBI), and retired as a Delhi Police commissioner in 2013. According to him, the funds were raised through the kidnapping of Partha Pratim Roy Burman and were handed over to the 9/11 attackers by, Omar Sheikh, a terrorist who was released by India in exchange of the hijacked Indian Airlines plane in 1999. Kumar claims that he obtained this information from Asif Raza Khan, a member of the banned outfit Harkatul Mujahideen.

The book gives an account of 11 investigations Kumar had conducted during his nine-year long stint in the CBI. The most riveting of those accounts is Kumar’s conversations with Dawood Ibrahim. Kumar, in his book, claims that the American intelligence agencies were aware of this fact and that it was mentioned in John S Pistol’s testimony – the deputy assistant director of the counterterrorism division of the FBI – before the Senate Committee on Terrorist Financing in July 2003 at Washington.

It has become a growing trend in India that bureaucrats, once they hang up their shoes, share all sorts of important information in books they author. Their reasons for not informing the government, or the intelligence agencies, have always been questioned. It is, therefore, not surprising that Kumar had to wait for his retirement to share the revelation in his book. It will not be far-fetched to assume that this information will have serious ramifications, especially for the US intelligence investigating the money trail. The US may put pressure on India to investigate the direct involvement of certain operators in India in the 9/11 attack.

Before he is conveniently dismissed, it must be noted that Kumar is not an ordinary cop; during his illustrious career, he had conducted several counter terror operations, many of which led to the neutralisation of notorious Pakistani terrorists. He is also said to have exposed the spot-fixing issue during the IPL league. Kumar received the President’s Police Medal in 1992 and the President’s Police Medal for Distinguished Service in 1999; he has also been felicitated by the Luton Cricket Club in the United Kingdom for “making cricket a better arena to play in” in 2013.

It is for these reasons that his revelations should not be taken lightly.

Now the onus lies upon the Indian government to carry out a thorough investigation into the matter with a view to ascertain the role of Indian operators in 9/11. This will help the FBI bring finality to one of the world’s worst terrorist attacks. Kumar’s revelations will also change the very narrative of blaming Pakistan for everything that is wrong in India, and if that is proven correct then we may have to rethink our foreign policy with our neighbour.

The role of Indian operators in 26/11 terror attack shows that we can’t just wish away the band of people in India supporting both domestic and global terror. Nor can we blame Pakistan for everything.