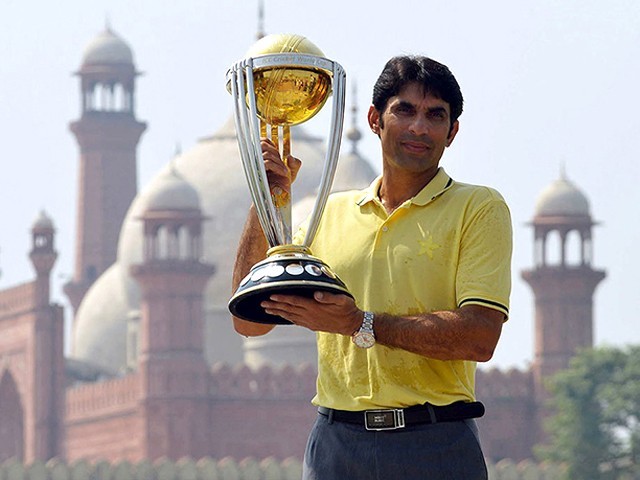 Two thousand and six. That’s when Pakistan were last ranked second in Test cricket. Back then, in the English summer, under the calm command of Bob Woolmer and Inzamamul Haq, Pakistan cricket was powered by skill and a degree of missionary zeal – blessed, you might say, by Bob and God.

But the bank of blessings emptied soon after Pakistan got to England that year. Next, a forfeited Test, Woolmer’s death, terrorist attacks, and spot-fixing. An unprecedented four-year spell of curses. Four years with little blessing. By 2010, Pakistani cricket was more dead than alive. It would do well to exist.

In 2015, Pakistan cricket does not merely exist – they are No.2 in the Test rankings. Perhaps, the greatest second best place in the history of sport?

Pakistan does not possess wealth or facilities. The best XI may not start. The XI, whoever’s XI, once pulled in misaligned directions, without common purpose or grand design. A flawed genius of a cricket team. In time, the flaws grew and the genius shrivelled. Nobody seemed to care. The country was a mess. In a rotten mess nobody cares for lost genius.

But something wasn’t rotten in the state of Pakistan cricket. That something was the cricket board’s unbroken faith in Misbahul Haq. Misbah, inheritor of AH Kardar and Imran Khan. Misbah, an acquired taste, a sophisticated pleasure and a captain made for the deeper thought that Test cricket demands. Misbah created a team in his image: hard to beat, patient in adversity, capable of rapid transition from defence to attack. Misbah is Pakistan cricket’s greatest asset in this age of slings and arrows, its last hope.

Misbah’s leadership developed, his team acquired strengths. The batsmen now play with method, plan to build an innings. They defend James Anderson and Stuart Broad, and attack England’s spinners. Misbah leads from the front, other than to doff his cap to Younis Khan’s mastery. Asad Shafiq is the chief disciple, the next middle-order champion.

The bowlers deliver uncanny accuracy. Yasir Shah’s magic is exceptional control and subtle variations. He is patient and consistent, unusually so for a leg-spinner. He seems innocuous. No such thing. He is ever-probing, attacking, even without the elaborate variety of his predecessors.

Wahab Riaz, early career blighted by loose deliveries, displays impressive control and stamina, enhancing the danger of his raw pace. Ancient skills, leg-spin and speed bent to Misbah’s will, and to the will of Waqar Younis and his coaching team.

All this requires work and commitment. As does the progress of a wicketkeeper who scoops difficult chances, swallows straightforward ones, and offers quick runs in the lower order. Sarfraz Ahmed is fundamental to the success of a team known for its keepers’ generosity. Application, commitment, stout defence, and sudden aggression, all features of Misbah’s team, embodied in his little wicketkeeper.

None of this implies perfection. Pakistan’s troubles in the top order are clear enough. Azhar Ali is one long-term solution. The others are less certain. A series played with Mohammad Hafeez and Shoaib Malik in the top three is a gamble. Having no batsman after the little wicketkeeper, after No. 7, is a gamble.

The ageing limbs of Zulfiqar Babar, a gamble. Misbah’s Pakistan gambles on the mettle of its middle-order. On the discipline of its strike bowlers. On the hands of its keeper. On a surprise attack in the thick of battle. On the chance that one or two of the support acts defy the odds.

Of the support acts, Malik will be gone in Test cricket. A double-hundred and vital wickets said farewell. Do these performances vindicate a wronged man? In Pakistan’s four-bowler model, Malik plays as a batsman. His feet entirely rooted, his bowling not entirely trusted. Even the final highs do not lead to vindication.

Once, he promised much more. Once, a prince of Pakistan cricket. A true all-rounder, adaptable to every format. A supreme fielder. A hero in preparation. A captain in waiting, then a captain ahead of his time. But a modified action and unmodifiable footwork put paid to any lofty ambitions. Never doing quite enough to master his flaws. Never quite convincing in front-line action after over a decade of effort. In that decade, the prince made better fortune of Sania Mirza, Princess of India, than in Test cricket.

Of the two, the professor succeeded, mastered his limitations, found a game to suit his talents. More determination on the front foot, less abandon outside off stump. A grit and sporadic aggression to please his captain. A method that still comes unstuck against the quickest bowlers, and will be vulnerable in England. A method, nonetheless.

But as Malik’s Test career finds a bittersweet ending, a last hurrah of life before death, Hafeez is surging, more formidable than ever, a surprising winner in their struggle, a painstaking professor victorious over a purring prince.

Back in the day, your money was on the prince, not the bits and pieces of coursework that the professor assembled. That the professor flourishes and the prince fades is entirely consistent with Misbah’s rule. Method over magnificence. Discipline over dash. Reaching No. 2 requires method and discipline.

Staying there demands success overseas. At their best, Pakistan dominated England home and away, which is the next series, a forlorn eight months away. Thank you, ICC. Thank you, Big Three. Thanks for nothing. The measure of this team will be in England and West Indies. In Australia and South Africa. Yet those away series don’t come round fast enough. India turns its back. How do we measure this Pakistan deprived of Test cricket?

In truth, Misbah’s Pakistan seem a little unready for those tussles, at venues where gambles will be busted, where the support act will struggle, where the Professor’s method will be exposed, where the mettle of the middle order and the discipline of strike bowlers may not be enough. But those are challenges to relish. Opportunities to learn, grow stronger. Tours that must be granted, tours being denied.

In 2006, the last Pakistan team to be second, the team of Bob and God, played a pragmatic, sometimes ill-disciplined, but ultimately soulless song. The team of Misbah and Waqar is equally pragmatic, more disciplined, and yet pleases the soul with the simple joy it finds in runs, wickets, and victories.

The author is an editor, writer and broadcaster. He tweets as @KamranAbbasi (twitter.com/KamranAbbasi)