What if Allama Iqbal had remained an Ahmadi? 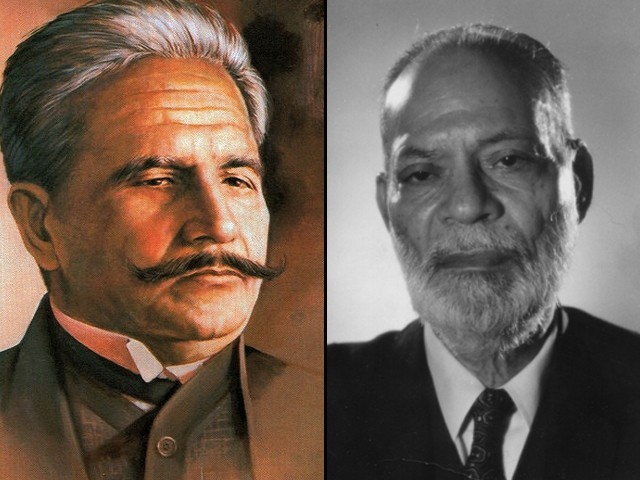 Sir Chaudhry Muhammad Zafarullah Khan was one of the leading founding fathers of Pakistan. You know, the Pakistan Resolution that our national struggle was based on? He drafted it. He was the first foreign minister of Pakistan. He was known for his eloquent representation of Pakistan at the United Nations and is the only Pakistani to have served as the President of the United Nations General Assembly, and that of the International Court of Justice in Hague.

While working in international diplomacy, Sir Zafarullah Khan’s tireless advocacy for the freedom of Arab states and for the resolution of the Kashmir and Palestine issues is well known.

The King of Jordan, His Majesty the Late King Hussein bin Talal, invited Mr Khan to his palace in 1953 and awarded him the highest honour in his Kingdom for Mr Khan’s heroic and courageous fight for the cause of Palestine.

When he passed away, the King paid him a personal tribute in these words:

“He was indeed a champion of the Arab cause and his ceaseless efforts whether among the Muslim and non-aligned countries or at the International Court of Justice will remain for ever a shining example of a great man truly dedicated to our faith and civilisation.” (Review of Religions Sept/Oct 1986, page 6)

Paying tribute to his bold stance on Palestine, the Iraqi Foreign Minister at the time, Mr Muhammad Fadhel al-Jamali, said:

“In fact, it was not possible for any Arab, however capable and competent he may be, to serve the cause of Palestine in a manner in which this distinguished and great man dedicated himself. We expect from all Arabs and followers of Islam that they will never forget this great Muslim fighter. After Palestine, the services of this man for the independence of Libya also deserve admiration. In the United Nations, his struggle for the rights of Arabs formed the basis of firm and lasting friendship between us.” (Al-Sabah Oct 10, 1985)

Many other world leaders expressed similar sentiment and hailed him as a hero of the Arab world and of human rights in general. King Faisal al Saud’s letter is also worth reading in this regard.

Sir Zafarullah Khan was also a prolific author on Islam and human rights.

Think for a minute. Is there anyone who comes close to his achievements for a progressive Pakistan and a free and empowered Muslim world in general? Yet, he is rarely mentioned in Pakistani textbooks, and unfortunately not even acknowledged as the founding father that he was. And we all know why – he was an Ahmadi.

And now consider this.

What if Sir Allama Iqbal had remained an Ahmadi?

For those who do not know, Allama Iqbal joined the Ahmadi community at the hands of its founder, Mirza Ghulam Ahmad, in 1897. He is known to have said,

“If you want to see Islam alive in this age, you must visit Qadian.”

He considered the founder of the Ahmadi community as the most prolific theologian in the Muslim world. Sometime after the demise of Mirza Ghulam Ahmad, Allama Iqbal left the Ahmadi community. It is not clear exactly when, but he continued to be in close contact with the Ahmadi leadership till at least 1931, when he vouched for the Ahmadi Khalifa as the most able person to lead as the first president of the newly founded all-India Kashmir Committee. His parents and elder brother remained Ahmadis.

Back to the question – what if Allama Iqbal remained an Ahmadi?

Today, he would have been absolutely no one.

He would have been abused and ridiculed by mullahs and right-wing Pakistan. Instead of the eagle, his symbol would probably have been the snake – out to bite the Ummah, out to hurt the Muslims, an agent of the western imperialist powers. And much proof – like his knighthood and his poems in reverence of the British rule and the Queen – would have been found, tailored and then floated around.

While official books would probably only have dedicated a one-liner to his role in the Pakistani Movement, there would have been no shortage of books in the market condemning him and his work. He would have made the perfect poster boy for a ‘British agent out to destroy the Ummah’ – sound familiar?

And this is our tragedy.

We are fond of reading history with glasses coloured in religious prejudice and intellectual dishonesty. We do not honour people for their services, as much as we do for their perceived proximity with us on the religious spectrum.

This is just one of the numerous examples of how our religious biases have influenced the history taught to us in Pakistani schools and media.

But while we continue to commit crimes against our own selves by distorting the history, the truth is like the sun; it does not remain hidden for long, and it shines even brighter in this age of global connection and information. I am certain, a few generations down, we will be forced to embrace intellectual honesty and honour Sir Muhammad Zafarullah Khan for the real superhero that he was. For in celebrating a shining star, we do the star no honour, we honour ourselves.