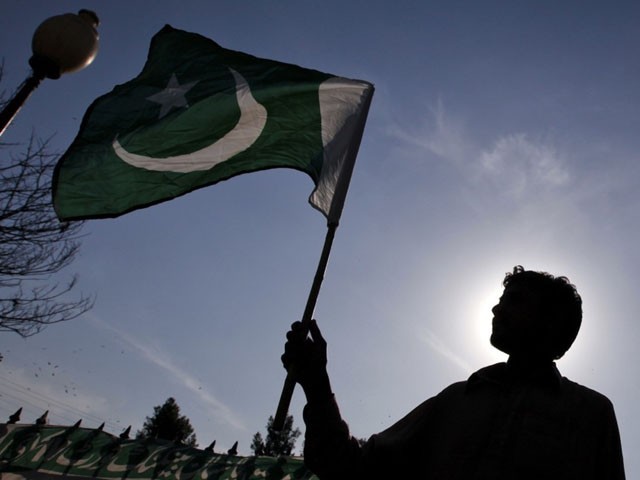 We can still, with just a bit of honesty, hard work, perseverance, tolerance and unity, rescue ourselves like we did before. PHOTO: REUTERS

A former CIA official, Kevin Hulbert, recently wrote in his blog for The Cipher Brief, that Pakistan is probably the most dangerous country of the world as it is ripe with threats of terrorism, a failing economy and the fastest growing nuclear arsenal. Once again, sadly, this nation has been put on the map for the most ominous things.

“The spectre of the sixth largest country in the world being a failed state is a hypothetical catastrophe that would unleash a world of unintended consequences.”

Country profiles by organisations such as BBC and HRW have named Pakistan as one of the world’s deadliest countries for journalists, with 14 media workers being killed in 2014 alone, while sectarian attacks continued with impunity, military operations in North Waziristan displaced more than one million people and massive floods wrought devastation in Sindh and Punjab provinces.

One can’t help but wonder, amidst such dismal set of facts, how is Pakistan still in existence?

After much deliberation, the only answer any one of us can come up with is – it just is.

Pakistan had nothing when it was born. The international media had started predicting the demise of Pakistan, as soon as the nascent state yawned awake.

TIME, in its issue of December 8, 1947 under the caption “Pakistan: Sick” commented that:

“Last week after less than four months of independence, Pakistan was an economic wreck while serious social unrest was arising.”

The area in the subcontinent which was to constitute Pakistan was widely regarded as an economic wasteland with predominantly an agrarian base, producing food and non-food crop with little domestic capacity for processing them. As for infrastructure, it was extremely poor except for the irrigation network, and the railways and roads developed by the British government for transportation of raw materials to sea ports for export to the UK.

Here’s what Pakistan had when it first started its journey in 1947:

– One sea port in Karachi, and a small anchorage in Chittagong

– Two national shipping companies, with small ships that had a limited carrying capacity of 6,000 deadweight tons.

– The territory of Pakistan lacked a steady financial structure. There was no central bank or a security printing press. The financial sector was largely under-developed and a large segment of the economy was non-monetised with transactions taking place on a barter basis. This is evident from the proportion of money supply to the Gross National Product (GNP) standing at 15.5% in 1949-1950. The per capita income was palpably lower than India and other Asian countries and reflected endemic poverty.

Still, no recourse was taken to “foreign borrowing” for fear of compromising the economic sovereignty of the state. Social indicators were as dismal as the economic indicators. The literacy rate in all of Pakistan was just 10 per cent and in West Pakistan it was as low as 4.5% in 1948. The government had limited pencils and writing paper, and simply keeping track of the needs and demands was often more than officials could manage.

Muhammand Ali Jinnah, Liaquat Ali Khan and a constellation of his dedicated members of the team went to work.

And, it paid off.

The structure of the economy was transformed from a purely agrarian base to a more diversified base with the share of agriculture in GDP declining from over 60 per cent to 58 per cent and that of manufacturing increasing from 4.7% to 5.3%. The shares of utility services, banking and insurance in GDP also recorded substantial gains between 1948-49 and 1954-55. The social sector indicators showed positive improvement during this period as well. The literacy rate went up from 10 per cent to 15 per cent, following an increase in primary schools from 38,046 in 1947-48 to 40,162 in 1954-55.

Then…we lost our way a little, owing mostly to just our own greed.

We indulged in discrimination against our own people. This led to a growing polarisation in society, defiance of the rule of law, manipulation of religion in distorted ways. With time we allowed interference by western powers to grow. We re-imposed the jagirdari and zamindari systems. Bad governance and corruption fermented in all spheres, and we experienced what most would call a ‘downfall’.

Today, Pakistan, for all it has been through, is still standing.

It still bred talented, intelligent, courageous and successful individuals, many of whom went to set world records.

Hulbert, in his blog, says:

“A large percentage of the Pakistan population does not view jihadi groups, including the Taliban and other militant religious groups, as dangerous elements…”

No doubt extremism is a several headed monster but his statement is too bold. In fact, the 2014 PEW Research Survey found that only 8 per cent of Pakistanis look at the Taliban as a favourable force, with only 12 per cent looking favourably upon Al Qaeda.

Hulbert goes on to say,

“There is little hope for millions of young men entering the workforce every year.”

Not only is this untrue, he neglected to mention how Pakistan is leagues ahead when it comes to representation of women in the workforce. Pakistan is listed as 64th in the Inter Parliamentary Union’s (IPU) list of women in national parliaments and stands ahead of several developed democracies, such as the United States of America, in this regard.

“Rather than risk it, and as much as we might like to move on, we really should increase the level of engagement with Pakistan, not decrease it.”

Mr Hulbert, we really wish you would just move on. The “level of engagement” countries have bestowed upon us has not always been beneficial.

Let’s not forget that the US played a huge role in landing us in our current situation. How could it have slipped your mind that your beloved former president, Ronald Reagan, referred to the mujahideen during the Afghan war, as “our boys”?

When it came to defending the interests of the US and keeping Russia out, you applauded Pakistan’s efforts. As soon as your interests were sufficiently under protection, you dusted off your hands and began pointing fingers.

We, Pakistanis, can still, with just a bit of honesty, hard work, perseverance, tolerance and unity, rescue ourselves like we did before.

“Read again the lesson of truth, of justice and valour!
You will be asked to do the work of taking on responsibility for the world.”

May the Pakistani flag flutter in the violent winds, even weakly, even at half mast, but may it continue to stay and hold on till we make things better.