A tale of two narratives: The Pak Fauj narrative and the Pak Liberal narrative 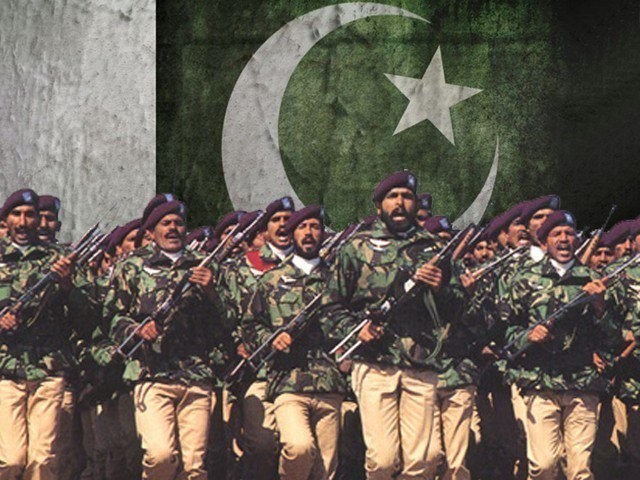 We are Pakistanis first. Let’s be tolerant. Let’s have a chat. Let’s end the polarisation.

In my life, I’ve heard two broad narratives. The Pak Fauj narrative and the Pak Liberal narrative. Today I find myself at a point where I think it’s critical for these two conflicting narratives to converse.

Unfortunately, the champions of each narrative begin conversing with a direct assault to the other. One end despises the jogger wearing NGO Aunty, even though many NGOs have done wonders for poverty alleviation. While the other bashes generals for their “plots”, forgetting that officers pay for such properties over the entire course of their career and that officers don’t earn all that much. One says, our voices aren’t being heard on issues of national interest. The other says, we are bleeding for you in Waziristan, what right do you have to criticise us? One points to Military Inc, the other points to nine million beneficiaries (all soldiers) of Fauji Foundation who receive healthcare and education from dividends of Fauji foundation companies. One says the Army’s development as an institution happened because the Army monopolised resources, the other says that the Army’s development happened despite limitations of other institutions, after all why does the country keep summoning the military for everything from floods to earthquakes to supervising elections?

It’s a long painful list but that’s not the point today. Today, we will start a dialogue without pissing each other off. We will do that by first understanding framing theory and narrative.

Framing theory suggests that how something is presented to the audience (called “the frame”) influences the choices people make about how to process that information.

Evidence strongly suggests that humans in all cultures come to cast their own identity in some sort of narrative form. We are inveterate storytellers – Owen Flanagan.

What happens when a nation or state faces an identity crisis? Likely answer is: multiple and often conflicting narratives along with a disagreement on how such narratives are framed to begin with.

This happens because no agreement exists on what constitutes good choices and because the existing social contract stands violated. This continues because attempts to caste a single identity on diverse nations via a sponsored narrative accelerates polarisation in a society.

I see nothing wrong in sponsoring a narrative so long as the narrator is not afraid of hearing conflicting views. Because unless there is truth and reconciliation, no single narrative can thrive and no recognisable identity can emerge.

That said, conflicting narratives generally clash, and clash badly. It’s critical that dialogue takes place and for that to happen our opening stance can’t be judgmental, it can’t be confrontational and it can’t be smug. The slightest hint of smugness causes the ‘other’ to stop listening.

What to do? Starting sentences must be driven by a genuine need to understand the conflicting perspective and not with assigning labels or making judgments. The agencies aren’t out there to mug you and the liberal isn’t out there to tear up Pakistan.

Why I care about all this and why I can comment on this?

I am a 32-year-old Pakistani. Born in Quetta to a military family. My father, a general, my brother, a serving officer. I did my undergraduate at a liberal arts school in America and I currently work in Karachi with one of Pakistan’s largest business groups. My friends are what some would consider “liberals” or conscious citizens as I’d like to call them. My family are what some would consider members of the “establishment”, I see them as patriots who have put their lives on the line many times and lived honourable lives.

Only one requirement: no assault, no judgment, no smugness. It’s getting us nowhere.

My request to my family and members of the Pak Fauj narrative:

Stop criticising civilians, stop using terms like “bloody civilians”. Jokes are half meant. You owe your future generations a more balanced, more tolerant narrative. All NGOs are not bad, sweeping statements are dangerous, please avoid them.

My request to my liberal friends:

Stop assuming that the ISI is some bogeyman with a sick fantasy to screw your life. Members of the establishment are Pakistanis like us who provide a massive service to society. If you don’t believe me, try fighting alongside my brother in Waziristan. He went missing for a few days and it wrecked me. My father was the first peace keeping leader in Somalia, I lived without him for 2 years. He represented Pakistan at a national level and actually brokered a peace deal in a land where no one was willing to go. My father and many others have not robbed an ounce from the national exchequer. When you label the military or generals as corrupt, it hits close to home.

So please no generalisations.

We are Pakistanis first. Let’s be tolerant. Let’s have a chat. Let’s end the polarisation. Yes we have an identity crisis. Yes there are multiple narratives. Yes there have been issues in having a conversation.

But rarely do we get anywhere in life when the first opening statement criticises and brands a whole group of people as bad. We are good. We are not bad. We need to unite. That begins today.

The author graduated from Franklin and Marshall College with a degree in Mathematics & Economics and currently serves as a Director and Investment Committee member on the boards of Engro Corporation and Towershare Inc. He also teaches Financial Modelling courses at IBA’s Center for Executive Education and serves on the advisory board of The Nest I/O (Pasha’s tech incubator) and Reading Room Project.