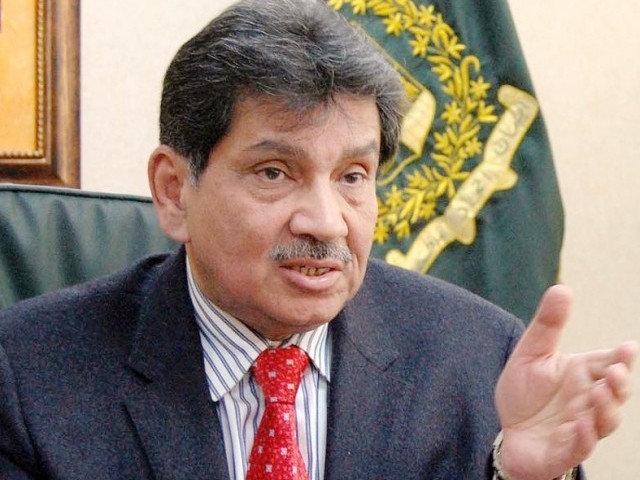 It all started with the Punjab elections in April, where the Pakistan Football Federation (PFF) split into two factions, and until recently, both sides were indecisive about who was meant to lead the nation’s football federation. But last month, Fédération Internationale de Football Association (FIFA) finally took a decision and ruled in favour of Faisal Saleh Hayat’s faction in their executive committee meeting.

Locally, things are far from cleared as the controversy over June’s elections rambles on, but the onus is back on Hayat and his associates. For months they have been boasting about their achievements on and off the field over the last decade or so. They’ve talked about how they got two gold medals in the 2004 and 2006 South Asian Football Federation Games (SAFF), how they rocked South Asia in the  U-16 SAFF Cup in 2011, and the awarding of eight FIFA ‘Goal’ projects.

Critics have labelled these as hollow victories, as Pakistan is still struggling to improve in the international arena and its senior team does not have a noteworthy win. SAF Games are U-23 and do nothing to improve our FIFA ranking. Failure to progress out of the group stage of the last four SAFF Championships is arguably the worst phase Pakistani football has seen in recent history and it cannot afford to lose five times in a row, especially in a reasonably easy group.

There is something that Faisal Saleh Hayat can do to redeem his and the national team’s reputation. It would silence his fiercest critics, including me:

It is, undoubtedly, a herculean task, but if you look past the obvious hurdles, there really isn’t much to it. A lack of willpower, poor coaching and just bad luck has cost us a decent chance of winning our inaugural SAFF title.

In 2009, Pakistan was arguably the best team in the competition and did not even concede a goal from open play. But we were bitterly stung by Adnan Ahmed’s missed penalty and more so from the ludicrous, mid-tournament resignations of captain Essa Khan and his deputy Jaffar Khan.

In 2013, Pakistan came very close to reaching the semi-finals but going out on head-to-head with India after playing some fantastic football isn’t all bad.

2015 is beckoning and we have already had too many shocks this year. The FIFA World Cup qualifier against Yemen could have been won or even avoided had it not been Mohammad Al Shamlan’s poor coaching PFF’s terrible planning, which repeatedly preferred U23s over a strong senior side.

To think that certain PFF officials want to go with a similar squad again, especially with majority of the players having been out of competitive football action since April, is absolutely appalling. It shows how out of date their ideas are.

Treat the national team with care and it will win you the 2015 SAFF Championship.

You have the personnel to pull it off.

Captain Hassan Bashir in his long, post World Cup rant stated that Pakistan does have potential, but we have never lived up to it. Mostly, due to fact that the right players were not allowed to take the field.

Denmark-based goalie Yousuf Butt, Sheffield United’s Otis Khan, Navid Ahmad of Schalke and even local favourite Mohammad Rasool alongside other players of Pakistani-origin represent developed, quality players that we should be aiming to field in our starting XI. Getting these players together is a bit difficult considering that they play across different countries, but with the right will-power nothing is impossible.

Start with a shake-up in coaching. Pakistan’s recent coaching appointments have been very questionable as they all have failed to deliver for various reasons. It’s time to either appoint a foreign coach on a short stint or give the reigns to somebody like Shahzad Anwar, who is just about to become the first ever Pakistani to complete his AFC Pro License. A seasoned coach with global exposure, Anwar has the qualifications to get the job done on short notice.

Get the entire squad together a few weeks before and train in the Middle East or South-East Asia, like it’s usually done. Try to rope in potential stars such as Adil Nabi (West Bromwich Albion) or Ghayas Zahid (Valerenga) that can bring quality to the pitch and elevate us above the rest of South Asia.

The tasks listed above are not that difficult to accomplish. All they require is a bit of vision and planning, and you are set for the showpiece event in Trivandrum, India.

Win the SAFF Championship 2015, Mr Hayat, and I will believe that you are the greatest thing that has ever happened to Pakistani football.