Eid in Mumbai: A celebration of tolerance 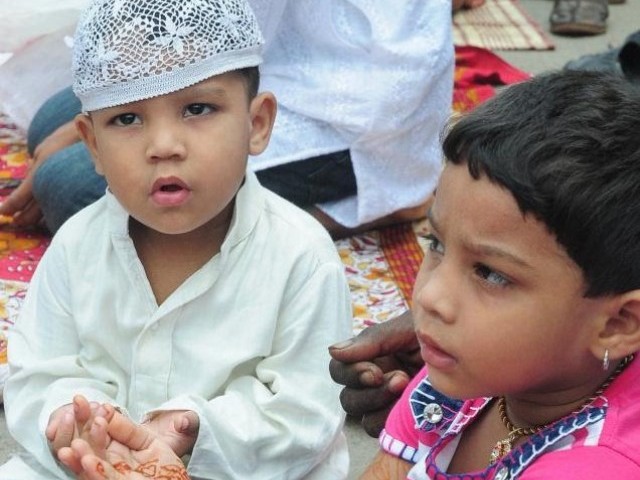 Being a secular, multi-religious country, there are a number of festivals celebrated in India and the festival season just doesn’t seem to end. If Diwali just went by, well now comes Bakra Eid. And when someone talks about unity, at least when it comes to occasions like these, what’s great is people coming together irrespective of their religious backgrounds.

Yes, when it comes to the religious practises like the prayers and sacrifice, its only the Muslims who do follow it and most Muslims have to go to the slaughter house or local mosque compound for the sacrifice so as to not hurt the sensibilities of others staying within the same area due to the cultural mix, but there is still a sense of bonhomie.

Something which does seem to bond most of us is food. Like during Diwali we gorge on the mithais, during Ramazan the roadside kebabs and tikkas, during Holi bhang and Christmas cake for Christmas, well the same applies here just this time it’s more of biryani. Delhitem Nisha Nath says:

“During Bakra Eid, I love going to my friend Yusra’s house and celebrating with her family. The high point is binging on seviyan and biryani along with everyone being together.”

Its not just about people merely going to each other houses only, but the festive fervour also seems to hit many a offices. Though everyone belongs to different faiths, offices yet seem to be bustling with a different kind of energy all together. Mazher Siddiqui who works in a bank in Mumbai says:

“On the Eid day itself all my friends, irrespective of which religion they belong to come home to greet us and the next day I carry around 3-4 dabba’s of biryani for my colleagues. It ends up being one of those days when no one else gets their lunch and we all spend some fun time together during work hours.”

Besides the fact that food does suddenly seem to be a binding force amongst people, Ashfaque Syed who stays in Mumbai and works in the handloom industry says its overwhelming when people who are not from the same faith as you, show some respect in the form of greetings and be a part of our celebrations.

The week till the night to Eid, there are select market places which witness huge crowds, like the mandi near Jama Masjid in Delhi or the Deonar abbatoir in Mumbai. In fact this year, in a very welcome move, an animal market was set up in one of the suburban areas in Mumbai, where the vendors could set up stalls for three days. Before this, these vendors would set up stalls on the sides of the roads leading to a whole lot of mess which the BMC found difficult to clean up, hence, this year a more organised and cleaner method was found.

The way Bakra Eid is celebrated here may not be with the same amount of energy as in most Islamic countries unless of course you stay in a predominantly Muslim area, wherein there is a buzz in the air right from the morning prayers, but nevertheless though understated it is an occasion which is looked forward too. I guess this is because, living in a secular country we love to have a reason to celebrate and these festivals are a mere medium that brings us together on certain days!