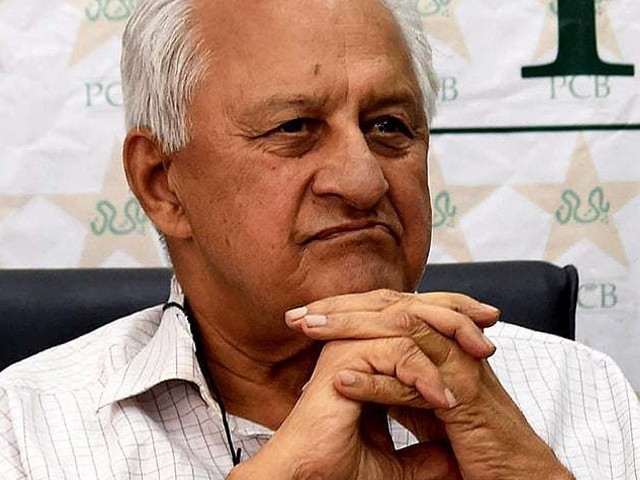 I am sure that you keep Pakistan cricket’s best interests at heart and will do everything possible to keep this country of warriors forever prosperous in the cricketing world. PHOTO: AFP

Chairman of the Pakistan Cricket Board (PCB),

I write to you today in the wake of Pakistan’s monumental triumph over England in the recently concluded Test series in the UAE, not as a critic, but as an enthusiastic sports writer who happens to be an ardent cricket follower and more importantly, a passionate Pakistan cricket fan.

There is no secret to the age-old Pakistani adage, “cricket runs in our blood”; a phrase which you can very much relate to having served as PCB Chairman in the past and being the author of Cricket: A Bridge of Peace. Cricket has long served as a major ingredient in the nationalism embedded in the masses of our young country. For this reason, I consider myself (and every other Pakistani cricket fan) to be a major stakeholder in the future of the sport.

August 28, 2010 was a dark day for Pakistan cricket. The spot fixing scandal involving three of Pakistan’s key players had rocked a nation which had just started to relish the rekindled fandom of the glorious 80’s and 90’s. Taking into context that Pakistan had already been exiled from hosting international cricket, it was a fair assumption that this particular travesty would serve as the last nail in the coffin with respect to the country’s cricketing future.

Entered newly appointed Test captain Misbahul Haq, who brought a sense of calm into a troubled dressing room and taught his troops how to compete again in the international arena. Misbah himself is the physical embodiment of hard work and toil, and during his five year tenure as Test captain, he has instilled in the team the ‘give your 100 per cent’ attitude – a trait which had long been missing in a side which mostly relied on talent rather than work ethic in the past. Misbah’s relentless approach towards continuous improvement has shown throughout his stint as captain, and is without question the catalyst behind Pakistan’s unbeaten record in the UAE and the subsequent rise to the number two spot in the ICC Test Rankings.

As my wounded nation rejoices this landmark victory, I would like to thank you for your contributions to Pakistan cricket, which concludes the first half of my letter. The second half is nothing but a plea to you, and all other executives at the PCB to keep the bright flame of Test Cricket from fading away.

While Pakistan’s limited overs squad is undergoing an evident stage of transition, the Test squad is steady as ever and has been forged into a band of warriors over the past half-decade. Any true cricket aficionado would choose Test cricket over any other format within a blink of an eye. When I think about that sweet sound of the red ball hitting the timber, my eyes lighten up and the dopamine levels in my body experience a steep hike. To the Pakistan cricket fans’ delight, Misbah’s Test side has won many accolades in the last five years and is one of the teams to beat in the international circuit.

While a significant chunk of these Test victories have come to Pakistan’s adopted home (UAE), a few away victories in New Zealand and Sri Lanka have been pivotal towards the green team’s ascendancy. However, one cannot ignore Pakistan’s obvious isolation from the longer format, considering the team has not toured England or Australia since 2010. The thought of Pakistan playing seven Tests in English and Australian conditions in 2016-17 is one which I cannot fathom and am yet to come to terms with. For a Test side which has hit its peak under the leadership of Misbah, this roster will certainly provide the ultimate challenge, along with an opportunity to top the ICC Test Rankings.

Nevertheless, with great excitement comes greater concern as Pakistan will be deprived of any Test cricket action for the next eight months or so. I understand the grave reality of the Big Three hierarchy and how it is extremely hard to schedule more than eight Test matches per year in this skewed regime.

Keeping that in mind, I would like to highlight the need of the hour ­– to schedule a two or three-match Test series before the English summer in July. This action is of utmost importance as two of Pakistan’s premier Test batsmen are in the final stages of their respective careers; one of whom is captain Misbah, currently contemplating retirement. Pakistan cricket is currently on a high and well-placed to re-erect the magic of its celebrated past. The upcoming tours of England and Australia are integral towards the cricket team’s future as they provide an opportunity to create history. Team Pakistan has never won a Test series in Australia while its last triumph in England (which was once a happy hunting ground for the men in green) came in 1996.

Fans across the globe will have waited six long years by the time the English tour finally kicks off and hoping for a positive showing. Given that the majority of the current squad has never played a Test in English or Australian conditions, these particular assignments will be extremely tough and the Pakistani outfit will desperately require the experience of stalwarts Younus Khan and Misbah. To keep the Test squad’s bodies from rusting, especially those of the senior members, Pakistan must play a Test series sometime between now and July.

I wish Misbah accepts your timely request of continuing as captain till the end of the Australian summer, but this hypothetical decision is more likely to go in vain, given that the skipper will not play competitive cricket for eight months. Therefore, it is paramount to schedule a Test series before the tour of England, in order to keep the muscles of a winning team pumping, which can then go on to pose a legitimate overseas threat.

The Test team boasts of several talented cricketers who will all benefit from an additional Test series, possibly against Bangladesh or Zimbabwe in December, both of whom have an empty roster. I am aware that Pakistan has a packed limited-overs schedule in the first six months of 2016, in addition to the continuous efforts to host India in the UAE in December.

As far as the India tour is concerned, you yourself have stated that chances of a series in December look bleak and that the PCB must look for a backup option. I agree with your stance and urge you to prioritise a Test series over limited-overs fixtures – lots of which are scheduled in the year ahead anyway. While there is no doubt that an India-Pakistan cricket game is a mammoth occasion in all sports across the globe and consequently a revenue generating volcano, I believe it is better to refrain from reviving bilateral ties than to organise a series in bad taste.  After all, a good relationship is a two-way street.

My plea to you does not end at organising a Test series as soon as possible; it extends to facilitating county contracts for current Test cricketers in order to help them showcase their talents in foreign venues and gain invaluable experience. Flourishing cricketers such as Azhar Ali, Asad Shafiq and Wahab Riaz will greatly benefit from this act and will considerably grow not only as cricketers, but individuals as well.

My last request to you is to take care of Pakistan’s latest champion – the leg spin sensation that is Yasir Shah. Every cricketing nation has a rising stock; India has Virat Kohli, England has Joe Root, Australia has Steven Smith and Pakistan has Yasir Shah. While I am confident that you recognise Yasir’s significance, I wish to reiterate every Pakistan fan’s opinion that this bloke can easily crop up 500 plus Test wickets in the next 10 years. Take care of him and help him smash all bowling records; most notably the ‘Fastest to a 100 Test wickets’ record, which has stood for more than a century (George Lohmann in 16 matches).

I am sure that you keep Pakistan cricket’s best interests at heart and will do everything possible to keep this country of warriors forever prosperous in the cricketing world. I hope that you take this letter in good stead and thank you for taking the time out to read it.