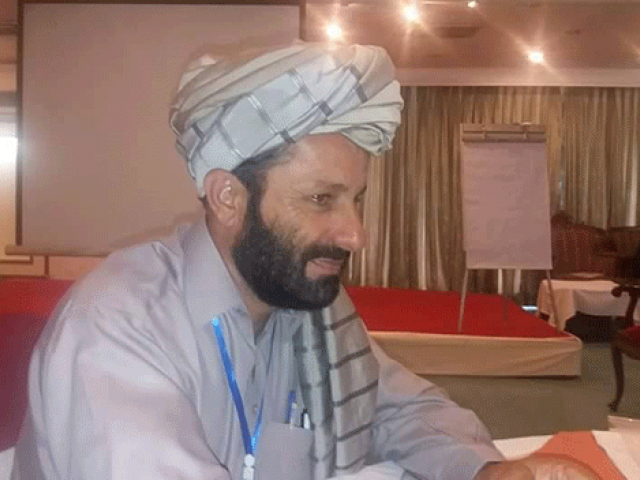 It is interesting to note that the journalists who have been killed or attempted to be killed usually worked in the insurgency stricken areas of Pakistan. PHOTO: ZULFIQAR ALI

This time it was Zaman Mehsud’s turn. The 40-year-old journalist was sprayed with bullets as he rode his motorbike in Tank district yesterday, November 3, 2015, a day after the world observed the ‘International Day to End Impunity for Crimes against Journalists’. He was shot in the chest, arm and leg. He succumbed to his wounds in the hospital.

Mehsud worked for the Daily Ummat and was also associated, in the capacity of a coordinator, with a local human rights organisation.

The details available regarding his cold blooded murder are customary. The reason he was silenced mercilessly is also anyone’s guess. It is interesting to note, however, that the journalists who have been killed or attempted to be killed usually worked in the insurgency stricken areas of Pakistan.

But this is 2015, and five years after the successful Operation Rah-e-Nijat, Tank district of South Waziristan, where Mehsud was killed, is considered a safe area where the terrorists have been wiped out. We also need to remember that he had the courage to speak for the rights of the poor people of his area. Journalists face additional challenges in doing their job in such a region for a number of reasons. It is not easy to get people to talk about the situation mainly because of a deep-rooted culture of silence that has developed out of fear of irking the various stakeholders.

Just a day ago, Mehsud had come up with a detailed piece in Yaghistan.com about how the internally displaced persons (IDPs) of South Waziristan were planning a protest outside the governor house in Peshawar to ask why they had not been paid compensation to rebuild their houses, when it was promised to them years ago. All that these people want is to return to their homes and live a peaceful life. It is, however, not ascertained if he was killed for writing this story in particular.

One can’t help but wonder why journalists don’t quit their jobs when they see their colleagues being killed for their work.

Journalists drop dead, like flies, all the time. Then, why stay in the news industry?

The answer, most times, is quite simple – economics.

Mehsud was supporting a wife and five children with the modest salary he made as a reporter. How the family will survive and what the future holds for his kids are questions that should haunt us all.

Entities such as the local press clubs and journalist organisations have held protests to highlight the dangers to journalists in Pakistan, but are they empowered enough to ensure safety for their colleagues? I think we might be expecting things they do not have the capacity to deliver, since press clubs have had their fair share of threats too.

The critical question here is, why have authorities been unable to ensure protection to journalists when all they are doing is their job?

What we hear from the area is the prevalence of peace after the military intervention that dissolved the strength of militancy. Even then Mehsud had to die.

The dangers to journalists are an international problem with an entire day dedicated to it. UN Secretary General Ban Ki Moon, on the day to “End Impunity for Crimes against Journalists” said,

“We must do more to combat this trend and make sure that journalists can report freely. Journalists should not have to engage in self-censorship because they fear for their life.”

Whatever I am writing is nothing new. It has been said over and over again. Security guidelines provided to journalists can’t be of much help when someone just appears, kills you and walks away. It is imperative that journalists across Pakistan start constructive discourse to tackle the issues faced by people in news organisations.

When a journalist is killed, a voice is muted and a door is closed. A door that opens to you. Yes you, who are reading this article. Journalists are the vessels that connect you to your world. When a journalist dies, stories, truths, realities get buried in the ground with him, until they are unearthed by another unsuspecting, yet earnest journalist.

When we mourn the loss of a journalist, we do not just grieve over the loss of life, we bewail the death of potential truths and realities that could’ve been surfaced. When we raise our voices for justice for a journalist, we are not just speaking up for the injustice that plagued him, but all the injustices that he spoke about and fought against.

So, be cognisant of what the life and work of a journalist means to you. A free-thinking, independent and brave journalist means having an unfettered and clear access to understanding the world around you. A dead journalist, riddled with bullets, means that someone does not want you to know the truths about your world.