Thank you, Hamza Ali Abbasi, for supporting my right to be Ahmadi 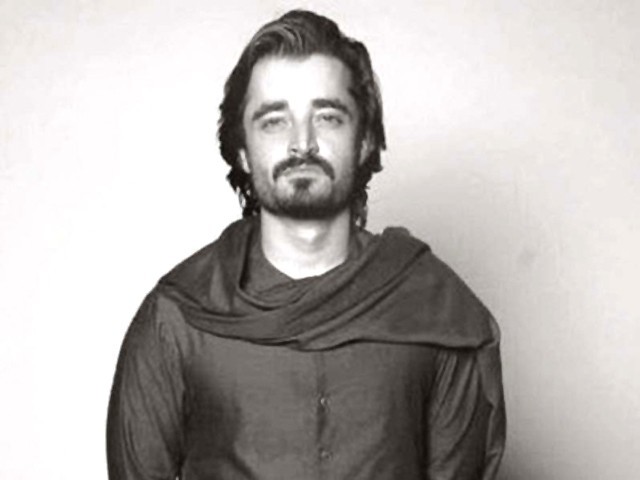 I hope more celebrities and public figures follow your lead and stand for an inclusive and pluralistic Pakistan. PHOTO: newuniquefashion.com

Pakistani actor, Hamza Ali Abbasi, is always in the headlines for one reason or another. Recently, I wrote an article criticising his comments that apparently belittled Pakistan’s minorities. However, this time I am writing to congratulate him on supporting Pakistan’s minority Muslim communities – or at least those that self-identify as such.

He later replaced Shias with “any other group” when he came under fire for lumping them with the Ahmadis. His core message remained the same though.

Mr Abbasi stated that judging someone’s faith – whether they were Muslim or not, and how ‘true’ of a Muslim they were – was a prerogative of God alone. Human beings must not judge others, or at least not punish and hurt others based on their own judgment.

This is a very simple concept. But in Pakistan, where narrow-minded intolerant religious scholars still yield control of religion, it is taboo to state such simple things. Where, instead of God, ‘wrong numbers’ have hijacked His role and become judge and jury in matters of faith.

And common Pakistanis have fed on this intolerance for far too long. According to a recent PEW survey, for instance, 66% of Pakistanis said they consider Ahmadis to be non-Muslim and 37% considered Shias outside the fold of Islam. Most Pakistanis I meet, including most of my fellow doctor colleagues from medical school, justify and defend the anti-Ahmadi laws.

It is this right-wing majority of Pakistan that Mr Abbasi was trying to educate. If they really do believe Ahmadis or another Muslim community were non-Muslim, they must leave the matter to God, who would decide between men on the Day of Judgment. They did not have to resort to legislation and punishments.

No one has the right to hurt anyone or take away their rights based on differences of faith. Everyone must be treated equally as citizens of the State.

The problem in Pakistan is that Ahmadis have been declared non-Muslim in the Constitution. As if this judgment was not enough, the State also passed specific anti-Ahmadi laws in 1984. These laws prescribe a three-year jail term for any Ahmadi ‘posing as a Muslim’. Where Prophet Muhammad (PBUH) defined Muslims by the Kalima, we started jailing Ahmadis for reciting it. Numerous Ahmadis have been jailed for reciting the Kalima, reading the Quran, saying prayer publicly, saying the Azaan, identifying as Muslim etcetera.

The Pakistani State and clergy have taken up the role that Mr Abbasi rightly says belongs to God alone.

The country’s founder, Quaid-e-Azam Muhammad Ali Jinnah, expressed the same principle when right-wing clergy pressed him to declare the Ahmadis non-Muslim through the official Muslim League platform. He famously stated in 1944:

“Ahmadis are Muslims, if they say they are Muslims and no one, not even the sovereign legislature, has the right to say otherwise.”

The right to self-identity is a basic human right. You do not have to consider me a Muslim if I do not fit your narrative of a Muslim, but you have no right to punish me for identifying and behaving as one. Replace Muslim with Burmese (in the case of the Rohingya Muslims) and you might just understand what I mean.

And when it comes to the state, it has nothing whatsoever to do with my personal beliefs anyway. Jinnah presented this principle as one of the founding principles of the Pakistani state.

Saying something as Mr Abbasi did is simple common sense in most countries on the planet. After all, who needs a celebrity to tell them religious oppression is a bad idea? In Pakistan, however, stating such a thing is an act of great courage and integrity.

Within minutes of his statement, thousands of people liked Mr Abbasi’s status and left comments – some in agreement and others utterly furious. I, therefore, set up a poll on Twitter to see how many agreed with him. To my surprise, most did. But of course my sample was small and most probably consisted of those who already share my ideals of a pluralistic and free state.

I agree with @iamhamzaabbasi. Judgement is God's prerogative. We must not make laws against or persecute Ahmadis.

In any case, I thank Mr Abbasi for attempting to break the ice. I hope more celebrities and public figures follow your lead and stand for an inclusive and pluralistic Pakistan.

Let’s hope that one day, us Pakistanis will embrace common sense, repeal laws that oppress fellow Pakistanis for their religious choices, let our citizens enjoy their religious freedom unconditionally, as we prefer to enjoy in foreign lands, and leave issues of judgment to the real master of the Day of Judgment.