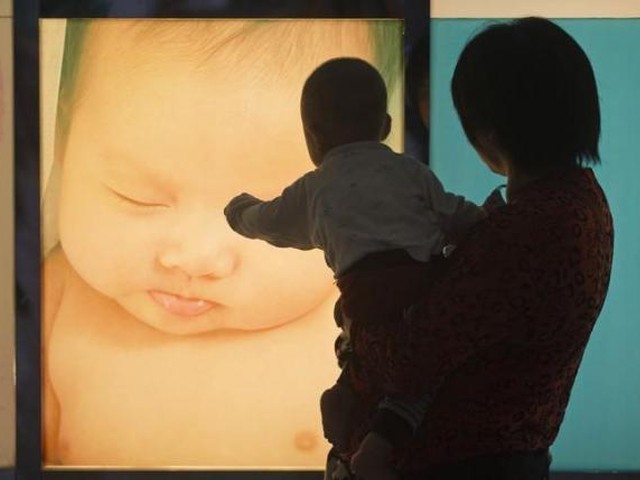 A cultural barrier in healthcare exists due to which majority of people do not discuss personal, physical or mental problems. PHOTO: REUTERS

Earlier this month, we learnt that famous Hollywood actresses Hayden Panettiere and Drew Barrymore are suffering from postpartum depression and it is due to their courage of opening up about their experiences with this acute illness, why the world should start talking about this issue further.

And I couldn’t agree more.

I agree that the world should not only start, but should have been talking about postpartum depression and the severity of this illness for a long time coming.

The illness, depending on its severity, is experienced by women all over the world. Some are fortunate enough to live in places where this illness is recognised for its austerity and are hence provided the required medical attention and care to treat it, but there are other women who are not as fortunate, simply because the condition is either not recognised or acknowledged as a ‘mental illness’ in the first place.

While I truly appreciate western celebrities coming forward and shedding light on mental illnesses such as postpartum depression, it is also the time that we start having this conversation in the east too; especially in Pakistan, where much stigma is attached to understanding the concept of mental illness. This stigma hence has very unfavourable effects, especially on Pakistani women suffering from postpartum depression, because they are more than often not taken seriously.

Pakistani women are expected to quickly adapt to their roles as mothers soon after the birth of a child, without doing any nakhrey (tantrums). Any woman who complains or shows any signs of distress is automatically deemed as pagal (insane) which hence becomes a major deterrent in their ability to seek professional medical help.

It is this negative societal attitude towards women suffering from postpartum depression which sets the stage for further distress and agony, resulting in either self-harm or the harming of the baby.

In addition to societal barriers, it is important to note that there is a cultural barrier in healthcare which also exists, as majority of people generally do not discuss personal, physical or mental problems with anyone outside of the family. Often, shame and blame are used to enforce norms in the family, leading to additional mental and emotional distress.

A Pakistani woman whom I interviewed not too long ago for my research work on postpartum depression told me that one of the reasons she did not seek medical help was because she was not allowed to due to what people were going to say/think if they found out that she was seeking professional medical help for a mental condition. I am sharing a part of her interview, with her permission, below,

“I lived in a joint family with my in-laws, as is the norm in Pakistan. When I had my son several years ago, I fell under severe postpartum depression; I couldn’t eat, sleep, or focus on anything. I literally wanted to die. I knew if I asked my mother-in-law to take me to the doctor to give me medication for my depression, she would say ‘no’. So would my husband. They were both already criticising my abilities as a mother.

So, I decided to sneak behind everyone’s back, with the help of a close friend, who drove me to the hospital and back. This went on for several months until a neighbour spotted me at the clinic one day and informed both my husband and in-laws about my whereabouts. After that, I was never allowed to set foot in that clinic again.”

Thus, many Pakistani women have no choice but to suffer in silence in order to avoid insult and ridicule; they would rather drown in their miseries and depression than have either their families or society label them as being too fussy, spoiled or crazy. It is believed that a woman’s dishonour is equivalent to dishonouring the entire family and the requisite to protect the izzat (honour) of the house is hence a crucial responsibility.

Moreover, the burden of keeping that honour intact is excessively placed on the women of the house. This also stops the women from defying the rules of the house in order to seek professional mental health services for their postpartum depression as this would result in not only wounding their relationship with the family, but also the family’s reputation in the society. The dishonour, exclusion and discrimination faced by these women, when reinforced through their cultures and communities, further devalues their individuality and curbs their voice to seek the necessary help they so desperately need.

Why is there a general stigma about mental illness? What gives?

However, there are many who are rarely provided with the necessary support and medical help. This extends to our women as well, who are already disparaged on a plethora of fronts; a mental illness such as postpartum depression worsens their acceptability both inside and outside the home.

It is therefore imperative that we as a society start to recognise postpartum depression as a serious health condition, rather than take it lightly or simply brush it aside as a woman’s nakhrey to avoid responsibilities as a new mother. We need to overrule any and all societal and cultural stigmas attached to it, so that victims can finally feel comfortable seeking the necessary help and treatment they need.

It is further important to both accept and create awareness about mental health issues as this would in turn encourage women to identify their condition and come forward to seek help without having to feel any shame or guilt.

It’s about time you had the heart-to-heart conversation, because it is better late than never.