Why were Karachi University girls beaten up for playing cricket? 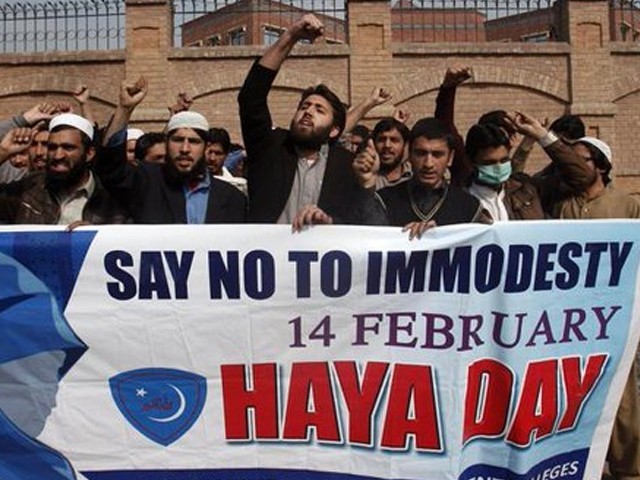 University officials seem to be passing this off as a clash between two student groups, but the IJT outright denies they beat up any of the young women. PHOTO: TWITTER/@mawaispk

News of young women playing cricket at Karachi University being beaten by religious thugs is not a great way to start your day. Members of the Islami Jamiat Talaba (IJT) had warned the cricket-playing women days ago, then came and broke up a mixed-gender game, and beat up both the men and women, members of the Punjabi Students Association, with batons.

University officials seem to be passing this off as a clash between two student groups, but the IJT outright denies they beat up any of the young women.

Campus violence involving political groups and religious groups has long plagued Pakistani universities, especially the restive Karachi University campus. But we need to see this for what it is: violence against women for occupying public spaces and not conforming to socially conservative norms of behaviour.

This is despite the fact that Pakistan has a very active and successful women’s cricket team, who continually make us proud by consistently winning international matches. Indeed there are many young women in Pakistan who take part in all manner of team sports and individual sports. Yet for each woman who takes up a sport, there are thousands more who wish they could, but are prevented from doing so by family constraints, social censure, and lack of support in their educational institutions.

Pakistan is not a violently radicalised society, but it is a socially conservative one. Yet within the larger, peaceful fabric of society there are pockets and elements that are willing to take up violence to exert power over the majority. The thugs of the IJT believe they are enforcing what’s morally right by breaking up a harmless cricket match where both men and women were participating.

The criminals were arrested but later let go, which is a sure-fire recipe for encouraging this sort of vigilantism in society. We see baton-wielding religious police in countries like Saudi Arabia who are equipped by law to hit women in public places for slights relating to clothing and behaviour. It is also important to note that in Saudi Arabia, sports and exercise for women is virtually illegal. Pakistan is relatively liberal compared to Saudi Arabia, but then again we have outsourced this sort of social policing to the family and society.

It takes brave women and brave male allies to push back against this kind of harassment. Apart from a few articles written in the newspaper, though, it would be wonderful to see society-wide support for women playing sports. I know Sabeen Mahmud, the late activist, would have been at the forefront – she was a massive lover of cricket and would play it on the street at every opportunity she got. She would have been livid at this news and would have organised a giant The Second Floor (T2F) street match for everyone.

Will Karachi University or other universities and colleges take up the challenge in her absence?

Right now the concentration has been on girls’ right to education. But for girls and women to get their education, it is equally important for them to be able to move easily in public space, and to play. If you learn one thing from this episode, let it be this: Pakistani women have to fight desperately for the space that men take for granted, take as their God-given right. But they will not give in easily.