Can we trust the pharmacists in Pakistan today? 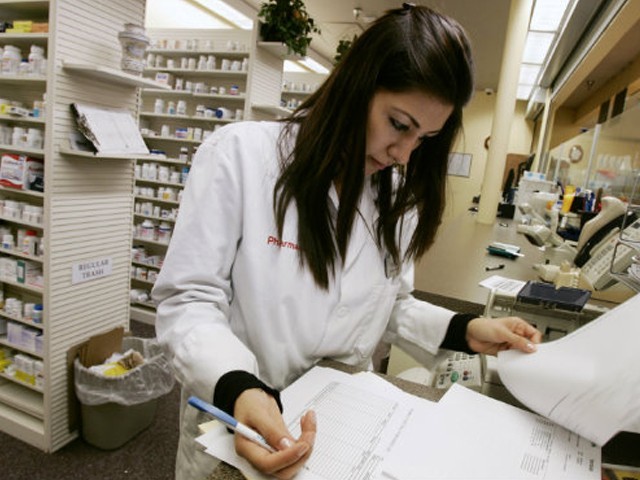 Pharmacists are facing interwoven challenges, which need to be tackled on many fronts. PHOTO: REUTERS

Pharmacists have a broad role in the health care team, from dispensing drugs to monitoring patient health. They are an important source of information regarding appropriate, safe and effective utilisation of medicines. In developed countries, pharmacists council patients on the use of medications, and advise physicians and other health professionals on drug related decisions. This collaboration between pharmacists and physicians has resulted in safer and effective medication.

Contrarily, in Pakistan, pharmacists have been struggling to be recognised as members of the health care team for years. Yet, there is no formal structure of the pharmacy practice. Most of the pharmacist workforce is utilised in the inherently flawed practice of ‘prescribing’ the same drugs to patients who appear to have the same illness. This practice stems from a rudimentary understanding of medicines and is very dangerous for patients. Most of the times, the pharmacists have little or no knowledge of the patients’ symptoms and they do not effectively diagnose their customers. They have barely been engaged in clinical settings. Though, Agha Khan University Hospital and Shaukat Khanum Memorial Cancer Hospital and Research Centre have begun employing several pharmacists to provide care to patients. Other than that, other private hospitals, including Shifa International Hospital, have also shown interest in this development.

The dilemma is that of public hospitals, where the role of the pharmacist is little to non-existent. Even though a few pharmacists are hired in tertiary and teaching hospitals, they are primarily involved in inventory control and procurement of drugs rather than patient care. The government had stipulated the national drug policy in 2003, with the objective to engage one pharmacist per fifty beds in the hospitals, and to establish model hospital pharmacies in each federal and provincial government teaching hospital. However, these statements have just been blandishments for the last 10 to 12 years.

It is imperative that we acknowledge this gaping hole in our healthcare system. It is time to integrate pharmacists in patient care, to attain effective treatment.

It is worth mentioning here that the Pharmacy Council of Pakistan, since 1967, has been categorising pharmacists into three categories. A university graduate with a formal degree is registered as “category A pharmacist”, while apprentices are labelled in “category B and C”. The apprentices have been allowed to open pharmacies out of sheer necessity, since a sufficient number of qualified pharmacists were not available.

Currently, there are 52 institutes of pharmacy recognised by the Pharmacy Council of Pakistan; despite this, the Pharmacy Act 1967, regrettably, has failed, miserably, at catering to the needs of the pharmacy practice in the country.

Consequently, there is an excessive breach of pharmaceutical professionalism; such as an irrational sale of antibiotics, narcotics, hormones and other “prescription only drugs”. Moreover, unregistered and substandard medicines are frequently being sold at many pharmacies, and the general public has no clue about this lack of competence and the danger that these pharmacies pose.

When will the government acknowledge the detrimental effects of not having professional and educated pharmacists? Society, at large, is experiencing an ailment and the government has chosen to stay oblivious to it.

When I say this, I speak to the relevant parties in Pakistan’s corridors of power; please don’t let this get any worse than it already is. It is time to bring legislative reforms in this field, to ensure that the sole rights of opening a retail pharmacy rest with qualified pharmacists. This will not only help in promoting and utilising the pharmacists’ potential, but also restrain unprofessional contravention of substandard, counterfeit and un-registered drugs in Pakistan.

Pharmacists are facing interwoven challenges, which need to be tackled on many fronts. An effective way to cater to those challenges is to establish a working group consisting of local and international experts to bring our pharmacy practice at par with the international standards. Furthermore, radical steps must be taken to motivate pharmacists to play their role in community pharmacy. Pharmacists must organise themselves to discourage professional malpractice, and they must realise that their strength is  in striving for identity rather than authority.

The author is from the Kohat University of Science and Technology.