The Bell Jar: Remembering Sylvia Plath on her 83rd birthday 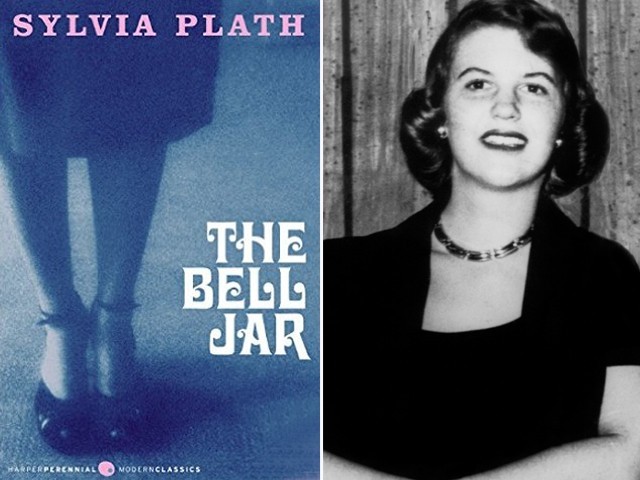 Plath uses many instances of her life which she felt aided in advancing her psychological turmoil in the novel.

Had there been a cure for clinical depression, had spouses never possessed the tendency to stray, had life not held the quality to extinguish will and soul long before their expiration date, then perhaps fate would have been kinder to the Pulitzer Prize winning poet, Sylvia Plath and she would be celebrating her 73rd birthday this year on October 27th.

Born in Massachusetts in 1932, Sylvia Plath was Smith College alum and a Fulbright Scholar at Newham College, Cambridge University. Inspired by Auden and Joyce, she became iconic in American literature with the publication of her collections of poems, The Colossus and Other Poems and Ariel, and by winning a posthumous Pulitzer for The Collected Poems in 1982.

In popular culture, however, the masses were far more interested in her personal life, the conspiracies surrounding her untimely death rather than the art she left as her legacy. Whether it was the negative criticism for her short fiction, or her husband, the British poet Ted Hughes’ affair, leaving her personal life unsolvable and in ruin, or her lifelong struggle with depression, it is uncertain, but by the year 1963, Plath slipped into nonreturnable darkness.

However, before she left entirely, she left something, one single novel titled, The Bell Jar. When it was first published in January 1963, it was described as “a near perfect work of art” by best-selling writer Joyce Carol Oates.

The Bell Jar is a story of a young writer, Esther Greenwood, based on Sylvia Plath herself, as she suffers from mental illness after a summer spent at an internship in Ladies’ Day magazine in New York City, the fictionalised version of Mademoiselle Magazine where Plath interned for a summer while at Smith.

The novel goes on to show Esther’s deteriorating mental state when she returns home from a stressful internship to a rejection letter from a creative writing course she was hoping to get into, the fictional counterpart of a Harvard course Plath did not receive admittance into taught by Frank O’Connor.

Needless to say, Plath uses many instances of her life which she felt aided in advancing her psychological turmoil in the novel – loneliness and fear of the unknown, societal norms thrust upon her, demanding and sudden like a slap, improper administration of electroshock therapy, and the overwhelming self-appointed pressure to be brilliant every writer possesses. Feeling too small and too powerless, Esther takes a few pills and ends up in a clinic – an incident Plath drew inspiration for from her own life.  It is there, locked away from the world, in the sanatorium of all places where Esther finds salvation and little bit of sanity.

Though most readers view it as a suicide note in 244 pages of agonisingly beautiful lyrical prose, The Bell Jar primarily aims to portray the mid-20th century patriarchal society of America, not very different from our own – where the women are oppressed into living a life they ought to live complete with a husband and children, and if one does not possess such requirements for a life supposedly well lived, then one is not a woman at all.

Throughout the novel, Esther struggles with being who she wants to be – a writer, brimming with brilliance, “important by being different” as Plath writes, and what is expected from her, what is expected from any woman in her early to mid-20s, a life she does not want to live. Albeit written from the point of view of a clinically depressed young woman in 50s’ America, her ideologies are not quite different from what a young woman may currently feel in Pakistan, when overwhelmed with life and its expectations. Describing this, Plath writes,

“I felt very still and empty, the way the eye of a tornado must feel, moving dully along in the middle of the surrounding hullabaloo.”

But to say only a woman would associate well with this book is a horribly sinful generalisation. The protagonist may be of a female persona, but the emotional turmoil the character feels cannot be bound to archetypes. Being tethered to a life choice is something everyone faces, gender roles are irrelevant there. Plath has, through The Bell Jar, done what is expected from any successful writer – she has presented a reflection of the human condition, in its most raw and honest form, as if being viewed from a bell jar.

The tragedy of it all is Plath never stayed long enough to see how many people her words affected, nurtured, and changed. A month after The Bell Jar was published, on the morning of February 11, 1963, Sylvia Plath sealed the rooms between herself and her children, and placed her head in the oven and put an end to her life, unannounced and unanticipated.

I guess her work here was done.

Maheen Qadri is an undergraduate student of English Literature and a fiction enthusiast, on a self-appointed mission to re-direct readers' appreciation for books once famous, now forgotten. She tweets as @maheen_qadri

The Mysteries of Pittsburgh: A forgotten gem relevant even today