The sentiments of Karbala do not only belong to Shias 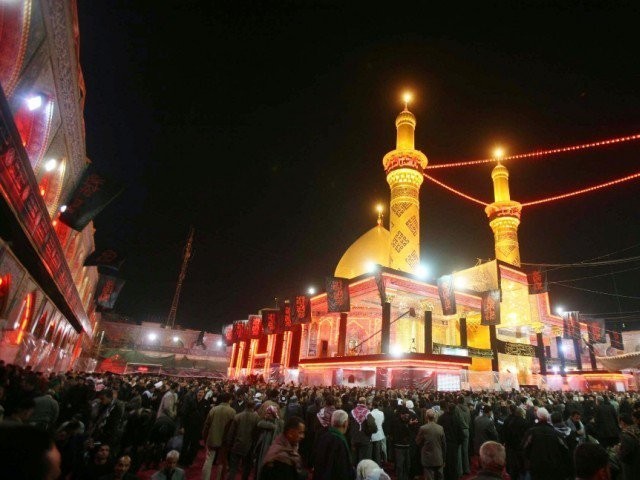 I would firstly like to inform my readers that I am a Muslim, a Hussaini at heart. I believe that Imam Hussain (RA) was the grandson of the Holy Prophet (PBUH). He was the one who had gifted us our religion back.

I would like to shed light upon the Battle of Karbala. This tragic event was not just an attack on Imam Husaain (RA) but also his family and followers. It was an attack on the family of our beloved Holy Prophet (PBUH) – the same Prophet (PBUH) who was extremely concerned for the good of his Ummah, and spent his nights praying and worrying for us.

The Battle of Karbala held a strong message, and even after 13 centuries, it is still being followed. The message will continue to hold its relevance despite the strong state persecution and failed attempts of complicating our faith and create a divide amongst the Muslim nation.

As the sacred month of Muharram begins, so do the same old debates.

The Islamic Republic of Pakistan deals with its share of hassles when it comes to observing the holy month. Cities are put under curfew, promises of security arrangements are made and cellular services are blocked.

We witness this every year.

But does anyone wonder, what was the actual message behind the Battle of Karbala?

What were the conditions in 61 AH that led to Imam Hussain’s (RA) family to partake in the Battle of Karbala?

Scholars from every school of thought have declared that the battle was about right and wrong. The grandson of the Holy Prophet (PBUH) wanted to unite the Muslim nations, and for this reason, he even took his six-month-old infant, Hazrat Ali Asghar (RA) to the battlefield.

How can a sensible person not empathise with the tragedy of our Holy Prophet’s (PBUH) family?

They were deprived of water in the scorching desert and then brutally massacred, while they were striving to uphold the truth and justice for this world.

If we apply these conditions to Pakistan, it makes me recall the words of a Turkish Sufi teacher, Cemalnur Sargut. She stated that Karbala teaches us that we are Imam Hussain (RA). And we are also Yazid. It is vital to overcome the destructive ego (Yazid) within us and create modesty and social consciousness (Iman Hussain (RA)). Therefore, we must engage in a constant battle with ourselves.

There was a time when Sunnis and Shias used to take part in Muharram processions (juloos) together. Muharram processions, in my view, are just a symbolic representation of standing against Yazid of the time. Today, it is understood that the Rabiul Awwal juloos are for the Sunnis and the Muharram juloos are for the Shias. Yet, the Rabiul Awwal is the month of joy and festivity for the Muslims of the world, and Muharram is a month of mourning.

In my view, Muharram gives us the opportunity to unite on a single platform and work for the progress and prosperity of Islam.

The holy month teaches us the concept of sacrifice in the name of religion. Imam Hussain’s (RA) martyrdom was at the hands of those who could have easily destroyed Islam. It has become, and will remain the finest example of sacrifice, patience, and courage.

As the poet Malihabadi wrote,

“Let humanity awaken, and every tribe will claim Hussain as their own.”

Sadly, nowadays there are certain people who are far from religion and its implications; they have even forgotten their own history. For centuries, this month was observed by all sects as the month of mourning and respect. But now, we see people celebrating weddings, birthdays and even utilising Muharram holidays for enjoyment, instead of reflecting on their lives.

It is a common practice to issue a fatwa against every other person. Fellow Muslims do not follow pure Islam, and every group easily labels the other as ‘Bidati’ and ‘kaafir’. But in reality, Islam is a religion of peace and teaches the way of life. Islam in its purest sense reaches out to an individual and the society. We have read on many rulers who play a grave role in our Islamic history. From the best governance of Hazrat Umar Ibn Khattab (RA), to the humble ruler Hazrat Ali ibn Abi Talib (RA), to the sacrifice of Imam Hussain (RA), Islam has revealed incredible examples on how to run the society effectively.

Why can’t we follow the teachings of Islamic leaders like Imam Hussain (RA) and eliminate intolerance, injustice, and hatred from within and our surroundings?

Ever imagined what would have happened if the Battle of Karbala hadn’t occurred? Unfortunately, despite this incident, we continue to remain ignorant. If the sacrifice of pure souls could not unite us, then what can?

When a particular group of people mourn over the period of the Battle of Karbala, why are they not joined by other fellow Muslims?

It’s okay if their ideology doesn’t allow them to perform matam (beating of the chest), it is even acceptable if they avoid attending majlis too. However, just to mark the symbolic significance of the battle, why can’t all Muslims participate in Muharram processions?

The words of Maulana Mohammad Ali Jauhar were extremely precise,

“In the murder of Hussain lies the death of Yazid, For Islam resurrects after every Karbala.”

If we feel the essence and the depth of these sentences, we will also be able to recognise the importance of Karbala in Islam. With his sacrifice, Imam Hussain (RA) has surely provided us a platform which can unite us, against all the evils of the society, against all the Yazids of the time, because the tragedy reminds us that evil only succeeds, when the good remains silent.

The author is a reporter for the Karachi pages of The Express Tribune and a journalist in making. She is an avid reader of Islamic History. She tweets as @Tuba_Athar93 (twitter.com/Tuba_Athar93)