Is it fair for England to blame pitch conditions for their performance? 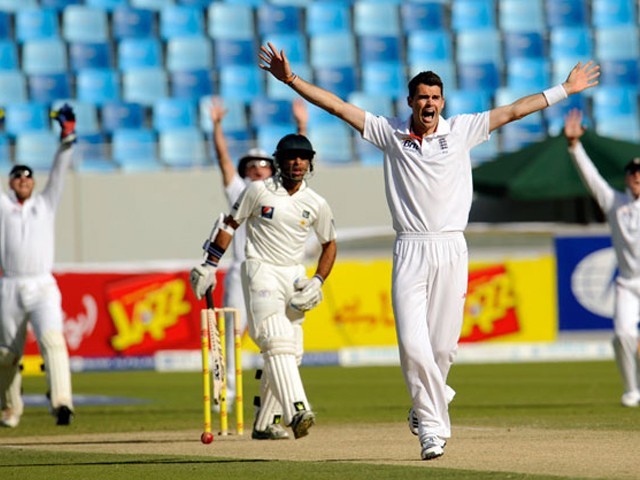 Historically, cricket pitches in Asia had the tag of ‘lifeless’ and ‘flat’ associated with them. They’re usually considered as batting paradises where scores of 500 are considered as decent and taking 20 wickets is akin to climbing Mount Everest.

While this may be true in some cases, despite the notion that they’re flat, some non-Asian touring teams have often been found struggling in these batting-friendly conditions. Pitches on which Pakistan is able to score in excess of 500, touring parties like England and Australia have repeatedly been bundled out for less than 300. For instance, when both these teams were whitewashed in 2012 and 2014, respectively. Things were not any different for Australia during their tour of India in 2013, where they lost 4-0 on ‘flat’ surfaces.

During the on-going Test series in the UAE between Pakistan and England, Michael Vaughan claimed that,

“Home advantage has swayed too far.”

He went on to state that these matches should have been moved to Australia. Apart from the crowd attendance issue, he made a point that Pakistan gets an unfair advantage playing on flat, turning wickets, which they are accustomed to.

But is this really an advantage and should the touring teams complain about it?

Why blame the pitches when teams like South Africa and New Zealand have been competitive on these same pitches?

These are the same pitches and conditions where the Proteas gave a tough time to Pakistan. What makes England any different?

During the 2013 tour of UAE by South Africa, they managed to beat Pakistan by an innings in the second Test played at Dubai. The series was 1-0 in favour of Pakistan, before Dale Steyn turned up in the second match and ran through the Pakistani batting line-up, sending them all back to the pavilion at a grand score of just 99.

It is not just the bowlers who adjusted to desert conditions.

Flat wickets turn as well. With an attack of Yasir Shah, Zulfiqar Babar, and the now banned Muhammad Hafeez and Saeed Ajmal duo, you need batsmen who can hold their own against quality spin-bowling. Graeme Smith, AB de Villiers, Brendon McCullum and Kane Williamson, each of them scored hundreds to secure their team’s victory.

Visit England and you’ll get green mambas with cloud cover, where the ball swings miles. During the 2015 Ashes series played in England, some Australians complained that the hosts got an advantage due to green pitches; Vaughan insisted that England must exploit this home advantage.

So why is the same home advantage unfair when it comes to Asian pitches?

The ability to read a pitch can be a vital factor in deciding the outcome of a match. While playing in Asia, there is barely any grass found on flat wickets. What teams need to look for and hope is when the surface will start breaking.

The resulting cracks and rough areas can wreak havoc for the batting side if the bowling side have a spinner to exploit them. Green pitches with plenty of grass give a massive advantage to seamers, where the ball moves off the seam as well as through the air. Bouncy tracks are found in Australia, where the hard surface makes the ball come on to bat nicely, but an express pace bowler can cause trouble with an awkward bounce which is difficult for batsmen to handle. A surface with variable bounce is equally dangerous as batsmen lose the capacity to anticipate the bounce.

The point is, good teams adapt. If you want to win matches home or away, the key is adjustment. You need batsmen who can play spin or pace equally well and an attack that can do both. Move the ball at pace and also turn it around on dust bowls.

Flat wickets are not inherently a bowler’s graveyard— they just require a specific skill set in each department of the game.

Bowling in Australia? You’d make a mistake of not going with pacers who can hit the deck hard and produce bounce. Touring England? Make sure your batsmen can handle new ball swing. And finally, if you’re touring Asia, come prepared with attacking spinners and seamers who can reverse the ball. It’s all about horses for courses.

Home advantage is fair; the beauty of it is every team gets to have one.

The author is a technophile. He loves writing on tech, cricket and infosec. He is a WordPress and aviation enthusiast. He blogs at Ehtisham.com and tweets as @ehtishamsx (twitter.com/ehtishamsx)