From Kabul with love: Don’t let our relations with India ruin what we have, Pakistan 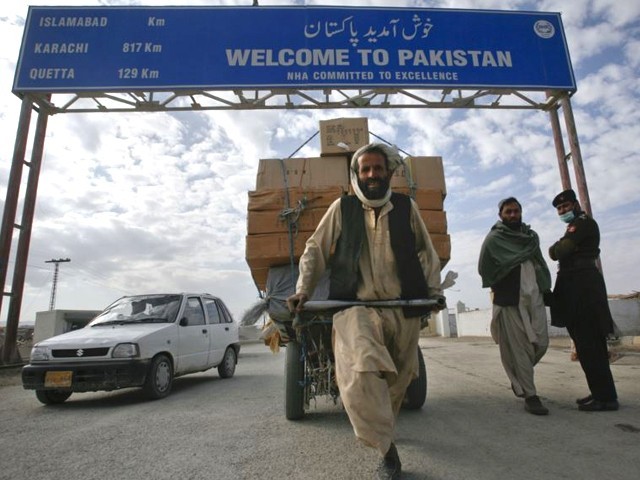 This year, I paid a visit to the city of my dreams – Islamabad – for the first time in my life. My visit to Pakistan was a part of a citizen-to-citizen dialogue between the youth of Afghanistan and Pakistan. As the youth delegates discussed the mutual issues, problems and misconceptions with high ranking officials, youth activists and even Reham Khan, the wife of Imran Khan, a new side of Pakistan unravelled. This was a side which the media never revealed.

A week before we were scheduled to depart for Islamabad, violence had returned once again to the streets of Kabul. With blasts occurring, the blame game was back too. Pakistan was once again blamed for the violence. The many demonstrations in Kabul and the outcry on social media were all the more reasons for me to be ready for a rather frosty welcome in Islamabad.

But nothing could have prepared me for the surprise we received.

We were welcomed by the Pakistanis with smiles and open arms. Furthermore, we visited the most beautiful place in Islamabad, the Faisal Mosque. I never expected such sheer beauty in a country that I had only heard negative things about.

Before visiting, I had thought of Islamabad as any other Pakistani city like, such as Quetta or Peshawar. For a second, I actually forgot I was in Pakistan; Islamabad was more developed and stunning than I could imagine. It made me look at my own country and realise that war offered us nothing but destruction. I also learned the importance Pakistanis gave to their culture and traditions, and more importantly, they were not so different from us.

The youth with whom we intermingled were very peace loving and for a moment, I was wishing that these people were the high ranking officials of Pakistan, as they were so positive about Afghanistan and its future. The face-to-face interaction with the local people of Pakistan was another experience for me as I felt they held no animosity towards Afghans in their hearts.

However, many misconceptions on the relations between Afghanistan and India are also evident. Pakistanis believe that India is using Afghanistan to spread hate against Pakistan, by implementing development projects within the nation. As an Afghan, I would like to negate this perception. India has undertaken a lot of development work in Afghanistan, just as Pakistan or any other country. And as a country which has seen nothing but war and violence for the past three decades, we need as much support from the international world and are grateful for it.

But it does not mean that due to this development process, the Afghans support one country over the other.

Why can’t we have cooperation, peace and harmony between the three countries, instead of competition, jealousy and mischief?

There are over 2.5 million Afghans living and working in Pakistan as immigrants and we Afghans never forget someone’s help. The Afghans acknowledge the Pakistanis’ hospitality towards immigrants of Afghanistan.

It became clearer every day that there were little to no problems between the people of the two countries, both want the same thing, peace and prosperity. But we also came to know that while there are people who want peace, there are also groups of people who hold an interest in maintaining the cycle of violence. And as the future of the two nations, it is our responsibility to realise that harmony is vital between the two countries. I loved the people of Pakistan and I would love nothing more than Pakistan contributing to the prosperity of their neighbour and brother, Afghanistan.

The author is a political affairs enthusiast from Kandahar, Afghanistan. He has a degree in English Literature from Kandahar University and is a youth ambassador for Af-Pak Youth Dialogue. He tweets as @ferozmahbobi (twitter.com/ferozmahbobi)