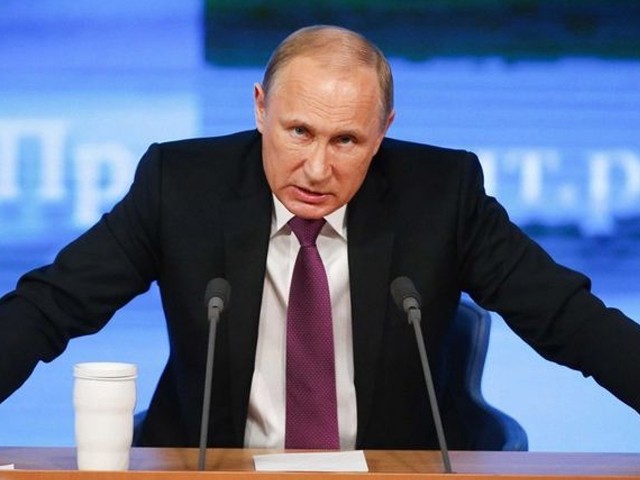 Putin himself admitted that Russia’s military in Syria is to bolster Assad’s regime. PHOTO: REUTERS

That is, at least, according to CBS News’ Steve Kroft, who last week interviewed President Obama on 60 Minutes. The Soviet invasion of Afghanistan seems to have been lost to oversight, but that’s another matter.

Perhaps in tribute to the American adage of ‘coming back with a bang’ (but don’t tell the Russians that), Mr Vladimir Putin’s strategy in Syria shifted suddenly, going from only supporting Bashar al Assad through strong-toned rhetoric befitting of a staunch ally like Mr Putin, to an all-out, nigh-apocalyptic warfare (with even more supportive rhetoric). Witness Russia’s zealous airstrikes over the past two weeks and you would be forgiven to think that Assad finally buckled and pleaded with his Russian cohort for help. And perhaps, that is what really happened.

However, regardless of whether Russia’s foray into Syria was the result of Assad’s SOS or Putin’s megalomania looking for its next high after invading Crimea – and regardless still of whether military interference had been a last-ditch card buried in Russia’s deck, or if Putin was simply waiting for the opportune moment to execute a royal flush –  the fact remains unassailable: Russia is now in Syria, seemingly to stay until Daesh is defeated and Assad is sufficiently bolstered, or, as in the case of Afghanistan, until they can no longer stay.  The Soviets probably didn’t think that invading Afghanistan would lead to a war lasting over nine years.

Until recently, advocates of Russia’s military interference in Syria could have relied on the only argument that barely justifies Russia’s behemoth display of military muscle – that Russia entered Syria to fight Daesh. Opponents of this argument could, until two days ago, assert that Russia’s tactics were solely aimed at aiding Assad. As for Syria’s other ally, Iran, the opportunity to hail Russia’s intervention as a rightful challenge to the Great Satan’s influence in the region will probably be welcome. But all that changed when Putin himself admitted, with the bone of his own tongue (as the Arabic proverb goes), that Russia’s military in Syria is to bolster Assad’s regime.

“Our task is to stabilise the legitimate government and to create conditions for a political compromise.”

Then, he couldn’t help but clarify,

“By military means, of course.”

But Mr Putin’s caveat was unnecessary, because by the time he had made the preceding statement, any moral justification for Russia’s airstrikes, any ammunition of Russia’s intervention’s advocates, in fact, was lost. The fight against Daesh became a corollary of Putin’s “holy war” in Syria, but by his admission, not the reason for it. The real reason is simple and requires no mention: keep Assad in place.

So if Russia’s efforts end up obliterating Daesh like Putin clearly hopes, the bill for exterminating ISIS the Russian way would come bearing the expense of another evil – longer life for the Assad regime.

It’s impossible to disagree with the necessity of defeating Daesh, but it’s also difficult to disregard that it’s only being done to keep a war criminal in office. The trade-off leaves a bad taste in the mouth.

As for Putin himself, his loyal cadre and advisors get to reassure him of his strategy’s premature success –  they might wish to inform him of reports that a “Putin craze” sweeps the Middle East and that people kiss photos of him in public, or that Iraqis, desperate for Daesh’s removal from Iraq,  hail him as “Sheikh Putin”, or they might get him up to speed on the Western media outlets wondering if the offensive of the Spetsnaz (Russia’s elite military force) signals the end of ISIS. It’s difficult not to imagine the former KGB agent feeling a prickle of pride.

As for me, I really would join in the chorus welcoming Russia back to the Middle East after a 26-year absence.  In fact, I wish I could. Except, knowing their motivations, I can’t.

The author is an undergraduate journalism student and journalist-under-training at the London-based Al-Hayat newspaper. His posts have also been published in The Huffington Post, The Hill, and others. He tweets as @AhmedSamirS (twitter.com/ahmedsamirs)