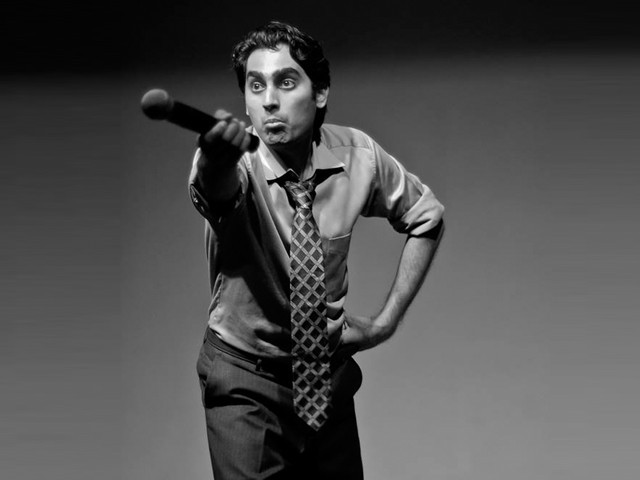 One is usually starved for entertainment in Pakistan. For many, going to new restaurants, trying new cuisines or going to the movies seems to be the only mode of amusement. But these days, to curb the plight of social activities, there has been a marked increase in plays and stand-up comedy acts which is attracting hoards of entertainment deprived followers.

I recently went to a stand-up comedy act in Karachi. Danish Ali was performing and needless to say, I was pretty excited. I have been a huge fan of his from the start, hence I was really upset when they cancelled the Real News, which is where I first saw him perform with Saad Haroon. I loved watching him perform as the opening act and generally thought he was the better comedian. I could not stop laughing the whole time when I saw him perform his first solo stand-up act at PACC. I’m sure everyone knows about his Facebook videos. So naturally, I had high expectations going in to watch his show again.

However, the show that followed left me utterly disappointed and dissatisfied.

First of all, the show started half an hour late, and I know many might say that as Pakistanis we should be used to such lack of punctuality – but that is no excuse. This shows that probably the comedian or his management do not value the time of their audience.

But this was not the issue.

What really annoyed me was the fact that if not all, a majority of his jokes were the exact same ones he had performed at his last stand-up act. As a loyal fan, that is not fair. Yes, his interactions with the crowd were funny but I was there to hear the jokes, not see someone make fun of other people.

Saad Haroon had done something similar where he repeated all the same jokes from his old stand-up act, and people were not happy and neither was I.

It would not be funny, it would be downright annoying. Every comedian always brings up new material for every new act he does, they can’t keep repeating the same thing over and over again. It becomes monotonous and boring.

George Carlin, Jimmy Carr, Kevin Hart, and even Louis CK, all these great comedians have new material every time they come on stage and our comedians must do the same. It’s their job to be funny and bring up new material and that’s what the fans are paying for.

I am not saying his performance was poor or he’s a bad stand-up comedian; he is funny and knows how to build a joke and deliver a punch line but that punch line isn’t going to be funny the second time, because you know what’s coming. Also, as someone who’s a loyal fan and truly enjoys his work, I feel somewhat robbed. I thought I would be hearing his new material, not the same old jokes again.

Had I known what I was getting into, I wouldn’t have gone.

So please Danish, get some new material. Stop taking your audiences for granted. Because before you know it, your shows might just stop attracting fans, and that is professional suicide.