Criminalising Owais Raheel: What happened to ‘innocent until proven guilty’? 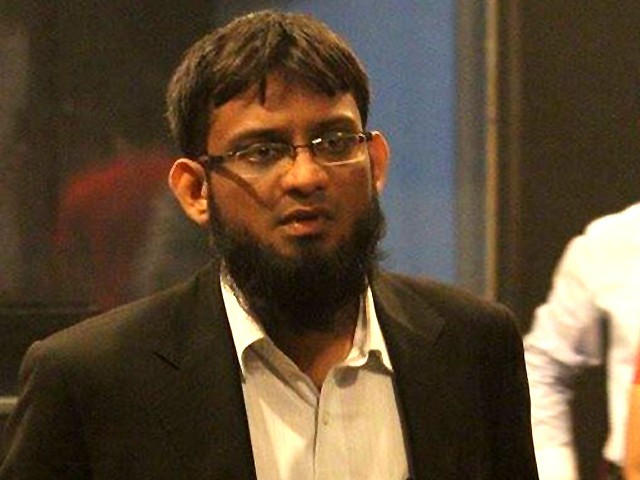 Owais Raheel’s reputation has been significantly tarnished and now he has to convince not only the authorities but also the general public that he is not a hateful terrorist. PHOTO: OWAIS RAHEEL FACEBOOK PAGE

The news clip on the Geo News website read,

The Counter Terrorism Department (CTD) has arrested Owais Raheel under section 11EEEE (1) of the Anti-Terrorism Act, which will investigate charges against him for at least three months and then decide in the court of law, whether he is guilty of the alleged crime or not.

Let us step back and analyse these news stories through the lens of the common man. This person has been proclaimed a terrorist even though nothing has been proven in the court of law. The media has defamed him with the utmost negligence, just for the sake of sensationalism and ratings.

The news details affirm that the only evidence against him is certain questionable pamphlets and his alleged involvement in campaigning for Hizbut Tahrir (HuT). Interestingly, he was not found killing people, or carrying guns or grenades, or advocating sectarian hatred or having any involvement in any kind of terrorist activity.

Let us look at the group he is allegedly associated with associated – HuT. Several of their members have been arrested earlier for their radical views regarding the existing democratic structure and the political and military leadership of Pakistan. However, SSP Amir Farooqi of the CTD said regarding the arrest,

“We have not yet found their history of terrorism.”

The interviews of his students by The Express Tribune revealed that he was a gentleman.

“I once went to him to get my concepts cleared on another supply chain course and he was so helpful. I really liked him as a teacher,” said a student.

“We had no idea that he was from the HuT. He always denounced radicalism and was against violence.”

Considering the testimonies of his students, I believe that Owais Raheel might be set free soon enough because it is not illegal to have political and intellectual discussions in Pakistan.

Owais Raheel, according to his family, has been missing since last month. His family filed a petition in court and held a press conference to raise awareness earlier, but they were denied any information. The CTD reports that they picked Owais Raheel on Tuesday, October 6, 2015. The SZABIST administration said that he was suspended for missing classes without notice last month.

Is this how we treat our citizens?

“HRCP has many concerns with regard to due process amid a perceptible rise in suspects’ killings in encounters in Karachi, as is obvious from official figures also. We cannot stress enough the need for transparency in security operations, and unequivocally state that people being picked up and their whereabouts remaining unknown for days is utterly unacceptable.”

For the common man, Owais Raheel is a terrorist who kills children and bombs mosques because of the way that the media has formulated the news story. He has been shown to be connected somehow to the case of Saad Aziz, the Safoora bus attack and Sheeba Ahmed on a prime TV show.

It’s as if the entire Saad Aziz scenario is being repeated over again. Saad, who was incarcerated for the murder of Sabeen Mahmud, was picked up by the authorities based on a video of him attending a meeting at T2F. Where is the transparency in their methods?

These incidents illustrate that people are being prosecuted without evidence. Why isn’t the law protecting them? Where are the fruits of the National Action Plan, the sanctuary of the Pakistan Protection Ordinance and the integrity of the Anti-Terrorism Act?

Our laws are failing us. And we’re not doing anything about it.

Owais Raheel’s reputation has been significantly tarnished and now he has to convince not only the authorities but also the general public that he is not a hateful terrorist. This is just one example of how the media has abused its power to discredit people and parties. Certain terms that are used by the media are not only vague they also project ideas that are far from the truth.

Headlines these days read “So and so suspected terrorists killed”. But who is a suspected terrorist? Why are people being killed on mere suspicion? Is conjecture enough to hand out a death sentence? What happened to ‘innocent until proven guilty’?

Why do people in Pakistan have to bear the burden of assumed guilt? Why do they have to go through an arduous struggle to prove that they are innocent?

Today you might be a teacher, a doctor or a businessman. Tomorrow, the state and media could make you out to be a terrorist. We are quick to believe the charges of terrorism because we’re afraid to speak out. We are so concerned about coming off as defenders of terrorism that we have abandoned defending justice.

It is imperative that we consider the fate of people like Owais Raheel after they are released by the authorities. They carry the blemish of false charges for the rest of their lives. They are never able to wash off this suspicion from their skins. The families carry the shame wherever they go.

The courts might not convict them but public opinion does. We frown, we whisper, we shake our heads with pursed lips and we convince ourselves that we are distinctly different from them.

But the truth is that we are not. The truth is that the smallest of things could be labelled as incriminating and we could be picked up by security agencies at the mosque, the supermarket or the golf course. We need to exercise our intellectual faculties and question things. We need to stop regurgitating the lies we have been forced to swallow and use our own judgement to decide what we believe. The next Owais Raheel could be your uncle, your cousin, your friend. The next Owais Raheel could be you.

The author is an Electrical Engineer from NED and a PhD Scholar in Computer Vision from NUST. He is currently working as an Assistant Professor at Bahria University. He tweets as @1Umair7 (twitter.com/1Umair7)

Quetta: Where hospitality has no bounds