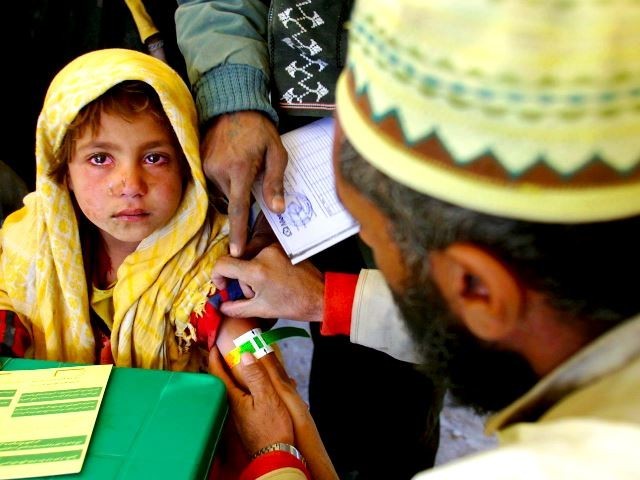 US forces spokesman, Col Brian Tribus, said in a statement: “The strike may have resulted in collateral damage to a nearby medical facility… This incident is under investigation,” he added. PHOTO: GETTY/SLANTNEWS

“Russia bombs ISIS/FSA targets” and “USA Bombs an MSF Hospital in Kunduz” read two headlines from the biggest international news stories these days. The contrast between the two stories is chilling. Brace yourself for the discomfiting truth that is about to envelop you. If you thought you understood the complexities of international affairs, prepare to have your world jolted.

Russia, which has always taken a backseat in the whole “war on terror” ride, has now wrenched the steering wheel out of America’s slippery hands and has jammed its sturdy foot on the accelerator. The ‘war on terror’ officially has a new driver and we’re in for an interesting ride.

The US is scrambling for control, and in its dazed efforts to take back the helm, has committed a travesty so reprehensible that the entire world is seething with anger. Terms like “war crime” “ICC investigation” are being wielded like daggers in the international media. It’s almost as if everyone was waiting for the US to slip and fall. The knives didn’t sharpen overnight.

I can see disbelief shadowing your face. I can hear you ask yourself,

“Did the US just ‘mistakenly’ attack a charity hospital in Afghanistan, killing 23 people, including doctors, patients and children?”

But wait, the depravity doesn’t end there. There’s more. This is what the US forces spokesman, Col Brian Tribus, said in a statement soon after the bombing:

“The strike may have resulted in collateral damage to a nearby medical facility… This incident is under investigation,” he added.

Collateral damage, he says. The destruction of a charity hospital, the murder of altruism and the massacre of innocent philanthropists is collateral damage. If this doesn’t set your nerves on fire, nothing ever will.

The hospital was repeatedly & precisely hit during each aerial raid, while the rest of the compound was left mostly untouched #Kunduz

The MSF’s message to the US is clear. Saying “Oops!” is not enough. Claim responsibility and hang your head in shame.

What’s particularly alarming is that major American newspapers tried manipulating the facts and ground realities in favour of the ISAF/NATO forces in Afghanistan.

One CNN story read, “Air attacks kill at least 19 at Afghanistan hospital; U.S. investigating”. The news story shelled out a confused narrative in its attempt to shield the US from blame.

When it comes to Russia, however, the American media is as sharp as a tack. CNN’s headline read, “Spokesman: Russia launches 18 attacks in Syria in last 24 hours”. Can you sense the variation in tone and diction between the two headlines? One squarely points to an aggressor and the other shrouds a criminal.

The contrast between the two headlines lead my friend to chortle,

“The US bombs in the Middle East were halal, whereas the Russian bombs are haram.”

What irked the US and the western media further was the fact that Russia was bombing alleged US assets, the Free Syrian Army, explicitly backed by Washington and the CIA.

Zbigniew Brzezinski, the former US national security adviser, even went as far as to say that Washington should retaliate against Moscow if US ‘assets’ in Syria are attacked. Who or what are the assets? Not Assad and his military forces fighting ISIS, right? This, in short, explains how the much advocated “International Law” is perceived by the US.

The current international political scenario, starting from the recent UN General Assembly session and leading up to the airstrike in Kunduz, depicts not only the vulnerability of international law, but also how the US uses this law at will, and for its own agenda.

It should come as no surprise that Russia has yanked the reigns from incapable, American hands. Putin may be a bully, but at least he doesn’t sleep in a bed of hypocrisy. Obama, on the other hand, has been courting that mistress for ages now.

He stands tall next to the American flag and tells his countrymen that gun control is a serious issue and has killed more Americans than terrorist activities. So, Obama, you called for tighter control on American guns. We applaud you for that. Now, explain to us how you justify supplying arms to rebels in Syria. While you’re at it, explain to us how those bombs slipped out of your hands in Kunduz and killed innocent civilians.

A case of butterfingers, you say?

It’s true that the US did get rid of incarnations of the devil popularly known as Saddam and Gaddafi, but how necessary was it to use violent interventions and unlawfully armed rebel groups, which lead to further deaths, chaos and forced migration?

While we’re on the subject of migrations, let’s not forget that the US is not only unwilling to take a significant amount of refugees in, it is also contributing to forced mass migrations. Staunch American allies such as France and the UK, too, have not welcomed many Syrian refugees. Moreover, Norway, has been reportedly mistreating the migrants. The US and its allies bombed the hell out of Syria, Iraq, Libya, and Afghanistan, and yet, they refuse to take in refugees who had to flee their homes because of the foreign interventions.

To placate the international community, USA, the sole proprietor of the war on terror, and one of the main catalysts of the Iraq-Syria refugee crisis, has said that it will provide sanctuary to 10,000 Syrian refugees in the coming fiscal year. Ten thousand refugees, a measly number in front of the five million that have been displaced.

In short, the US is creating an unsafe international climate and letting Europe deal with the blowbacks.

International politics, now, is hurtling towards a new era, one that is marked by retribution for American mistakes. Long gone is the time when the US could tell everyone to sit tight as it steered us into chaos. The international community, now, is asking questions and holding the hegemon accountable. Fasten your seat belts, we’re taking a detour. Hopefully, this time, we will be going in the right direction.