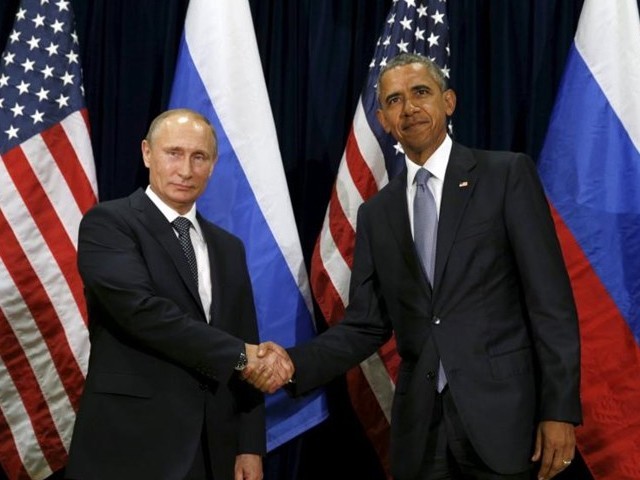 Touted as ‘the greatest political show on earth’, one was expecting the 70th UNGA session to achieve some success in terms of reaching an agreement on the on-going Syrian crisis. It was hoped that the integration of ideas would prompt the powers that be to move their butts and take steps to end unnecessary slaughter of human lives, values and everything that matters to our existence.

I don’t even know why and for what the UN stands for anymore. I was an avid supporter of the organisation in my younger years but as I have evolved, I feel disenchanted by the impotency of the institution. It seems that instead of playing a stronger role, the UN has been shoved into the background by changing global realities.

The yearly UNGA sessions are clearly a waste of time, characterised by political clowns, aka the heads of states and governments, from all over God’s green earth, that blurt out meaningless high sounding nonsense and speak words that convey nothing in terms of message. Needless to say, these goons drown the already suffocating and congested New York City into a chaotic mess.

Vladimir Putin is the bad guy of international politics. He is a bully of the highest order, a Cold War remnant. Being a true cynic, Putin valorises control and his strong headedness irks many of his counterparts. Appearing at the UN for the first time in 10 years, he used the opportunity to let the world know that it can either opt to tow his line or be shunned. It’s a typical ‘my way or the highway’ mentality.

Putin’s September 28th meeting with Barack Obama was a lacklustre affair – an awkwardly painful and uncomfortable engagement. Beyond the Ukrainian and Syrian fiascos, President Obama has had enough of Putin. It’s an open secret that he hates Putin’s guts just like he abhors Benjamin Netanyahu.

Putin came out of the meeting sounding unusually positive that he can work with the Americans in resolving the Syrian crisis. However, he never talked about specifics. It reminded one of Donald Trump’s schizophrenic ways.  But Putin is no lightweight. He can outfox and outsmart Trump-like caricatures any given day, in the blink of an eye. Prima facie, his strategy vis-à-vis Syria is very basic – save and support Bashar al Assad and go after ISIS.

Washington does want to eliminate ISIS but are letting Assad walk away for good and that’s where the catch-22 lies.

Once back, Putin got the Sovet Federatsii to sanction Russian airstrikes on ISIS targets in Syria, much to the dismay of the Americans. Putin, like he always has, flew solo, essentially proving that his assurance to work with Washington was nothing but another one of his deceptive moves. Checkmate, Mr Obama!

At the time of writing this piece, while Russian jets are pounding the ‘so-called’ ISIS strongholds, Washington is stuck in a quagmire of sorts, an analysis paralysis situation. American politics is not about swiftness, it’s about procrastination and over-thinking.

With respect to Syria, whereas one understands Putin’s contention that he doesn’t want the 2,000 odd Russians fighting for ISIS to return home, the US calling for Assad’s ouster is not an unreasonable demand. Assad is a butcher who has destroyed his own people methodically and instigated a mass exodus. Some believe that he let ISIS grow into a monster within his territorial limits to create a distraction and hence cling onto the reins of power. I wouldn’t be surprised if that ‘strategic advice’ came through Putin’s secure line in Kremlin.

Undoubtedly, America is on a sticky slope. It has been left to rely on Moscow hoping that better sense will eventually prevail resulting in Assad’s exit. Had it been Putin in Obama’s position, he would’ve sent Navy SEALS and took Assad out a long time ago. Sometimes too many checks and balances imbalance the entire paradigm making it impossible to act in a timely manner. Not so in Russia’s case, though as it continues with its tradition to wreak havoc wherever it pleases, be it Afghanistan, Georgia, Ukraine or even sheltering traitors to use them for its own ‘informational’ needs!

While it is undeniable that the Putin-Obama UNGA meeting was not a case of ‘When Harry Met Sally’, it was a classic example of a transitioning new world order. With leaders like Putin always trying to steal the limelight and not willing to work with the international community, the bottom line is that institutions like the UN need to buckle up. Either play a more effective role or perish.

Has anyone thought about reforming or revamping the UN lately? Has there been a discussion to amend the organisation’s charter to allow UN forces to intervene?

Too many questions but are there any answers to the complications that are plaguing today’s world?

UN must reconfigure and reorganise to get out of troubled waters. If the UN is incapable and incompatible with the changing times, my vote is to dismantle the entire infrastructure and replace it with a robust, less convoluted institution that not only cares about humanity, but has some real power and privileges. We don’t need this extravagant setup with all the associated pomp and show. Better be lean and agile rather than fat and incompetent.