Fathers will continue to murder their 12-year-old daughters 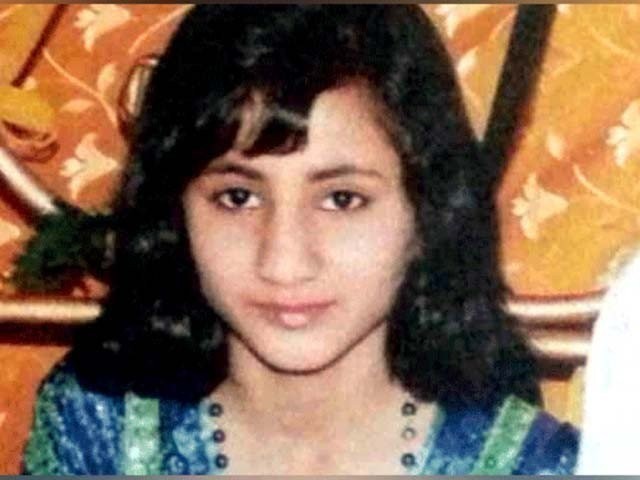 The father and brother of the child had beaten her to death for not making the chapattis properly. PHOTO: EXPRESS

The statistics available on domestic violence and other forms of violence against women are startling. According to a NIPS survey, 37 per cent of those surveyed experienced violence – 57 per cent in Khyber-Pakhtunkhwa (K-P).

More than half of the women who have ever experienced physical violence have never sought help or told anyone about the violence. Forty three per cent of women stated that a husband is justified in beating his wife if she argues with him, neglects the children, refuses to have sex with him, goes out without telling him, neglects the in-laws, or burns the food.

The stories highlighted by the media are enough to cause a nationwide outrage and protest– but they don’t.

How deep is our acceptance of violence towards women, girls and the weak?

The terrible tales show up with regularity – a father beating his daughter to death outside the Lahore courthouse, a girl beaten to death and tossed aside for not making a round roti (bread), women assaulted for exercising in parks in Sahiwal, a police constable indecently assaulting a street child and threatening her brother, a father killing his daughter for honour.

While domestic and sexual violence against women and girls is not new to Pakistan, the state’s role in condoning it is.  Punjab and K-P have resisted enacting statues criminalising domestic violence, despite Pakistan Tehreek-e-Insaaf’s (PTI) tall claims for positive change.

Of course laws are not enough.  Any lay person can tell you that, we have the laws, but there is no implementation.  From living rooms to NGO offices, and corporate board rooms, you will hear this chant.  This incapacity to implement is rooted in the absence of effective mechanisms that would allow successful prosecution.

These include free legal aid and support services including shelter for the victims. However, it’s never as simple as having a lawyer and a safe haven from abuse, as other states’ inadequacies kick in. Going to trial requires the litigant to aspire justice at a fundamental level to withstand docket delays, long waits, and unsatisfactory verdicts with patience.

I once met an older couple at the Sindh High Court who had lost their daughter at the hands of her murderous in-laws, and had made it their life’s mission to come for every court hearing, despite the passage of years and without respite. Court should not be pilgrimage and symbolic homage for the victims.

Having a committed lawyer who gets you a hearing is simply a pre-requisite to court justice. What’s harder is accessing support that would prevent your entire world from collapsing.  Adequate shelter is not readily available despite public or private efforts to improve this service.  If the abuser is a bread winner, then the victim jeopardises her economic wellbeing.

The child beggar on Karachi’s street is even further removed from accessing justice and would perhaps depend on the benevolence of an individual or an NGO to manage and champion her case with all its social and economic outcomes. An NGO may only champion her cause if the media carried her story and humanised her. They would continue to champion her case if the media advocacy was fuelled up in parallel to keep the justice system in check, and maintain an interested audience.

But that still does not account for the numerous cases that go unchecked and unreported. A girl in a rural village would be even more removed from justice where jirgas and parallel justice systems may or may not function with police complicity. Justice should not depend on heroes. Without vibrant state mechanisms, these are the stolen lives, robbed by an ineffectual state.

But where does this entire concept come from?

Why is it so easy for a father to thrash 12-year-old Aniqa to death?

How is it that a father in Germany can murder his own daughter?

What is hidden within our psyche that allows us to tolerate such violence against women and girls?

Is it based in female’s lack of power in the society and the compulsory gender norms inflicted upon them of honour and service?

It’s easy to, with impunity, batter a person who does not wield social and economic power. When a few women do show social power as in the case of Malala Yousafzai, people gleefully dismiss her as an agent of the West.  This is despite the fact that Malala has spoken up for Palestine and against drones, and continues to show agency and defiance in the face of cruel dismissals.

Asma Jahangir’s name will elicit disapproving looks from elders, generals, and clerics. Mukhtaran Mai will get accused of procuring visas by talk show hosts. When rape is seen as a ploy for attention, rather than a crime; when strong women are scoffed at as too aggressive and given a condemning “F” on gender expectations; when women are dismissed for talking too much or nagging their husbands – we know misogyny is alive and well. As the Margaret Attwood quote goes,

This violence is also rooted in customary practices of regarding women as commodities. Females are pawns in swara, vani, watta satta and used like chattel to settle criminal and civil disputes. That Parliament has legislated to end these traditional practices would have been solace, had it not been its own ambivalent attitudes to other legal policies that perpetuate women and girl’s unequal status.

Marital rape is not an explicitly listed crime because of the notion (based in law) that a woman has a contractual obligation to service her husband, and lacks absolute autonomy to say no for good, bad, or no reason. When laws allow one to privately settle a murder case, it creates a hierarchy of victims, the least worthy of whom are the poor, the powerless, and women whose unjust death can be settled for cash – and the most powerful are eligible for formal justice.

This legal practice informally infiltrates other areas like rape cases (where it is illegal) is also undeniable. When caste and religion based discrimination finds legal sanction, it’s predictable that the police officers will refuse to file an FIR report from a poor, lower caste, minority victim, whose body is seen as designed for servitude.

Her body can be violated at will by the powerful. Demanding dignity is a sign of her audacity that upsets settled norms. Women are routinely denied even their legal inheritance, systematically erased from formal labour markets, when they do unpaid housework, or engage in agricultural, home-based or domestic work that is not covered by labour law protections.

Lawyers will tell you that it is uncommon for women to prosecute their abusers or seek jail for their rapists; but women are active litigants in family court.  Women do seek Khula (dissolution of marriage) and courts have adapted Khula laws liberally to provide reprieve to married women seeking an out from an abusive or otherwise unacceptable marriage.

This may not be ideal; this is certainly not an answer to all forms of violence against women, but it is the start of empowerment.  And it comes through awareness and education about legal rights at an early age. Cynicism is not a choice. Active citizenship necessitates that people familiarise themselves with laws, support and provide constructive criticism to civil society’s engagement with the state on these issues, and push the state apparatus to deliver justice.  Once justice is seen to be done for women victims of domestic, sexual, and other forms of violence, these underlying attitudes that uphold patriarchy, its ensuing misogyny, disempowerment, and commodification of women may just start to wither away.