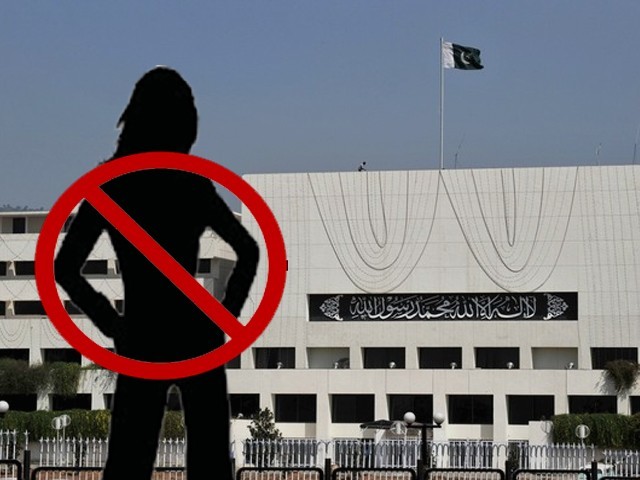 I must be really unique, for I’m the only one I know to have been stopped at the spot for no apparent reason or justification.

To be honest, I had no plans of writing this blog post, till some well-intentioned friends noticed my passive-aggressive rant on Facebook a few days back and nudged me to let it all out.

Indeed, I owe it to their encouragement and to my own sanity. Not to mention, the borderline harassment incident that makes me want to smash pumpkins for Halloween. Just for starters.

It all began when I was stopped by security guards at the gate of the Parliament House, asking me to prove my identity. As if flashing my press and senate cards was not enough, I had to verbally explain that I am a journalist and have been covering the beat for many months now. I had a meeting and no time to waste. One of them coyly admitted that even though he recognised me, I would need ‘permission’ to get through, whatever that meant.

I must be really unique, for I’m the only one I know to have been stopped at the spot for no apparent reason or justification. I wonder if dressing more modestly than my demure desi attire would have helped. Because I had an important meeting to go to and their nonsense was only getting on my nerves. On the verge of exploding, I called up a colleague who had driven past the same gate without having his motives questioned only minutes ago. He surfaced, cajoled them to let me in, intervened into a long series of phone calls with croaky walkie-talkie-holding uniformed men. The hot afternoon was just turning out to be more bizarre while I shuttled between my car and the stupid arguments, regretting to have ever made the effort. Should have cancelled the appointment and done with an email, anything to avoid this dumb exchange on a workday.

A good 30 minutes later, when I was feeling sufficiently tanned, I was finally ushered into the entrance with more guards confirming my name on more walkie-talkies till I got to the office I was supposed to all along. So much for only doing my job at a place I go to every other day. Marching through the corridors, I couldn’t help feeling objectified and humiliated for an umpteenth time. It still feels so ridiculous that I do not want to bring it up.

Be assertive, was my colleague’s ‘advise’ to me. The mild-mannered feminism and no-fuss attitude is no good apparently. Male colleagues pride themselves over sailing by without being checked, some with expired cards and others with none at all. And it’s not about cards but confidence they tell me.

However, all their well-meaning advice is lost on me. I’d much rather be doing my job without having to explain myself to anyone, much less security guards getting a kick out of becoming an obstacle in my path. I acknowledge the heightened security situation in the country, but not the sense of entitlement to pick up on women randomly just because they’re born women in an over-arching patriarchal society.

Too bad, I don’t play the angsty feminist card too well. Instead of being upset and creating drama, I’ll just be upfront and reason with the unreasonable. I wonder why so many women tend to let these things go by? No matter how insignificant, harassment is a very much a thing in our society.

No matter your credentials, your gender is a soft target. Like it or not, you are harassed to varying degrees and varied settings, more often that you’d like to believe. Some part of your conscious mind has learned to look beyond getting riled up in the fruitless battle of the sexes. Instead, you surrender to the menace as being a norm and tell yourself that it is something you are ordained to deal with just by virtue of being born you.

Some feelings are just hard to articulate, like the ones I had those in that moment that day. While I know there will be no overnight breakthrough in amending the age-old mind-set, I hope my words will resonate with someone who has been through similar experience and is willing to take a stand against blatant displays of sexism at work or otherwise.