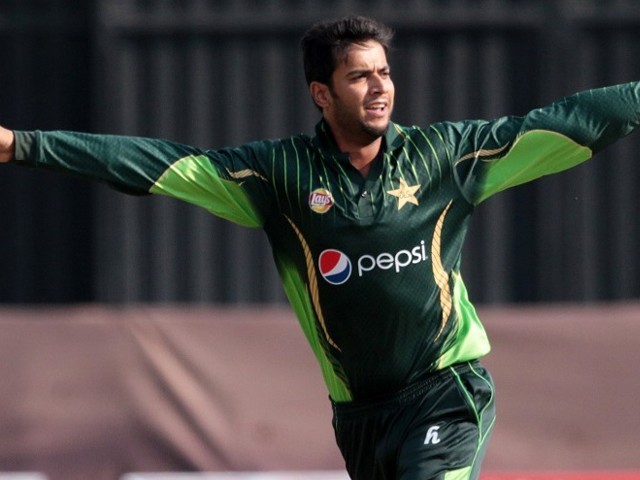 Pakistan beat Zimbabwe by 13 runs in the first T20 of the two-match series on September, 27 2015 letting Imad Wasim exhibit his brilliance on the cricket ground.

The confidence that Wasim exhibited throughout the match, demonstrated his greatness in the game. Moreover, his all-round performance proved that our domestic structure still has the ability to produce match-winners for Pakistan.

The 26-year-old is not a new face for the followers of Pakistani cricket. He was a part of the winning team of the 2006 U19 World Cup, and was later given the responsibility to lead the junior side in 2007. He was also well up to the task beating Australia five-zero at home and before that upcoming the England hurdle three-one in the ODIs.

The Swansea-born left-arm spinner is a valuable addition to the squad, which now lacks right-arm off-spinners such as Mohammad Hafeez and ‘doosra’ experts like Saeed Ajmal.

If Pakistan was to choose between him and Haris Sohail, with the latter being a left-arm spinner and a middle-order batsman as well, there would be a tilt towards Wasim, as he has produced two match-winning performances in just four T20 outings for the national team.

A much needed six to win the second T20 and the two-match series for Pakistan against Sri Lanka was the cherry on top of Anwar Ali’s hard-hitting cameo performance and the four-wicket performance against Zimbabwe by Wasim, when the team actually needed someone like Hafeez and Ajmal to save the day.

He averages 41.91 with the bat in his 72 first-class outings. Meanwhile, with the ball, he has bagged 134 wickets at an average of 31.10 and a staggering economy of 3.15. Where does all this confidence and dexterity come from, we wonder.

When asked how elated he was, Wasim was all smiles and said,

“It seems like everything I am touching today is turning into gold.”

His thunderous performance, inclusive of  19 runs of 12 balls which comprised of a six and a boundary, was aided by the four wickets for only 11 runs while delivering 15 dot balls. He was also responsible for the run-out of Zimbabwe wicketkeeper-batsman Richmond Mutumbami with a direct hit at the stumps.

So what was the formula for his success?

Well, in Wasim’s words, he simply followed the plan laid out by his coach and captain.

“I bowled wicket-to-wicket as my coach and captain told me.”

T20 captain Shahid Afridi stated that they are experimenting in order to stumble upon the perfect combination for 2016 World T20 in his post-toss interview. Lala, all we can say is, this guy definitely needs to be in the mix for the world event.

The all-rounder is not only equipped with the apt skills set but has the right approach as well. He said,

“I have to play for the team. I have to do my job whenever I am sent out there.”

No country would turn down a cricket player who puts his country before himself, and of course no country should.