“Could I have done more?” – A psychiatrist’s struggle with patient suicide 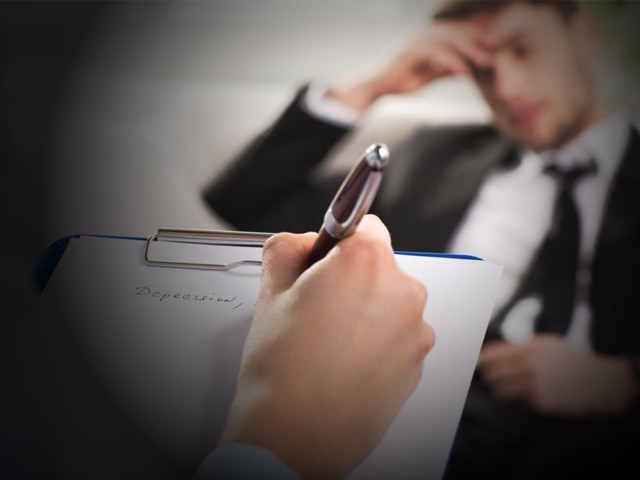 Suicide is often a complication of depressive illness.

It’s a story I feel compelled to tell. It may be therapeutic for me and possibly for others as well. It’s a story that needs to be told. But I hesitate. I fear the stigma. I am afraid of being judged. I fear breaking the silence. I ruminate about the potential repercussions.

What if I, a psychiatrist, wrote about my own emotional conundrum after a patient chose to end his life?

Can I open the private vault of personal grief that filled me with his untimely and unnatural departure?

I want to narrate the tumultuous aftermath of patient suicide, the distressing combination of grief sans closure, perilous self-doubt and professional impotence to undo it.

Suicide is the 10th leading cause of death in America and every 40 seconds someone commits suicide. It happens and it happens a lot. But it’s hardly talked about by the “treating survivors” of patient suicide; the psychiatrists, therapists and other mental health care providers who cared for the ones that lost their lives via suicide.

The hesitation and the apprehension are real. Suicide is also the number one cause of lawsuits brought against mental health providers.

Should I take a chance and disclose this vulnerability?

Should I disclose that I had played our last appointment over and over in my head to look for clues for what I could have done differently? That I had stressed my brain to recall all details of that half hour in the office. His mannerisms, what I had said, what he had brought up, my responses, the colour of his outfit, the time of the day, the pauses between his sentences. Is it okay to say that I had questioned my ability to assess suicide risk despite all my training and experience? Could reveal that I had reviewed quietly in my head, the standard of care that I had provided? Should I say that I cried? Should I say that I mourned?

It is customary in a psychiatric appointment to ask an individual about suicidal ideations and thoughts. This is especially true when treating individuals with depression. Suicide is often a complication of depressive illness. Depression envelopes an individual in a cloud of darkness that swirls around them day and night, with no access to the light of the outside world. It’s visible through the eyes of the depressed and you look for that glimmer of hope to reassure you that they will hold on to life. They, sometimes, verbally reassure you,

“Doc, I am not going to do anything, I won’t be the patient you will get the call about.”

You reassure them that they will get better, the appointment ends and they leave with another appointment card. Then, you pick up the next chart and get busy with another life and another story.
But then you do get the call one day.

The call that is mechanical yet doom-ridden. It can be from an ER or the police department, asking if you knew this person. The past tense in ‘knew’ makes your heart stop and sink. Your mind flashes to the last appointment.

The film reel starts to run. Beginning to the end. Thirty minutes that get burned in your memory for you relive them so much that they singe any other comforting thoughts trying to crowd them. Despite everything you did, you keep asking yourself,

“Could I have done more?”

You experience sadness and loss but you can’t disclose why. You feel anxious, isolated and apprehensive. You are engulfed by grief and fear simultaneously. Grief of the loss and fear for you couldn’t stop what you think you were hired to prevent. It’s a grief that must be felt in private just like those sessions are, private and confidential.

Maybe your own family understands your dilemma but the confidentiality of your profession stops you from openly talking about it. Sometimes the malpractice attorney tells you to stay silent. You think about calling the family or going to the funeral, you try to do the right thing.

What if I admit that I have doubted my professional abilities since I heard it had happened? I even wondered if I am in the right line of work. Is it okay to say that I took a week off after it happened to regroup? Can I justify in writing those pangs of anxiety I had felt every time a depressed patient left the office?

Losing a patient to suicide affects how one treats subsequent patients. The perceived “reasons” of what might have caused it remain at play.

Sometimes you overcompensate and ask each and every patient, depressed or not, if they are feeling suicidal at every appointment, even though it annoys some of them. Sometimes it’s the avoidance of patients with suicidality.

“Are you having thoughts of harming yourself?”

“I told you, suicide is not an option, I don’t want to go to hell.”

“I would never do that to my kids.”

But in your heart, do you really trust the monster of depression to not take the best of their fragile frame of mind? Those few moments before they actually do something, they aren’t rational. When they pull the trigger or take the pills or take that knife to their wrist, their decision making is impaired, that’s what the research says. You focus on the trivial. Maybe the number of suicide hotlines should be increased and made more available at the clinic? Maybe the waiting room needs more literature on this topic? Maybe I should attend another t6raining on “Suicide Risk Assessment”?

You question your treatment choices. Maybe they never filled the prescriptions. Maybe the medications taken did not work? Maybe they worked too soon.

The risk of suicide with antidepressants is highest in the initial two to three weeks, when treatment improves, there is not enough energy to follow through with a suicidal plan but the mood is still profoundly sad.

Can I say that I had a hard time sleeping in wake of such an event? Is it okay for a physician to accept their vulnerability and write about it?

The author is a physician by profession. She migrated to the US about 18 years ago from Pakistan. She is also a breast cancer survivor and has been blogging about it since 2013 (www.uzmamd.com). She also writes medical stories when she is not busy taking care of her two kids, as well as practices psychiatry part time. She tweets as @uzmamd

I am sorry I didn’t beat cancer

A doctor’s survival: Fighting a battle I didn’t choose