Why my father devoted his life to jailbirds, and so will I 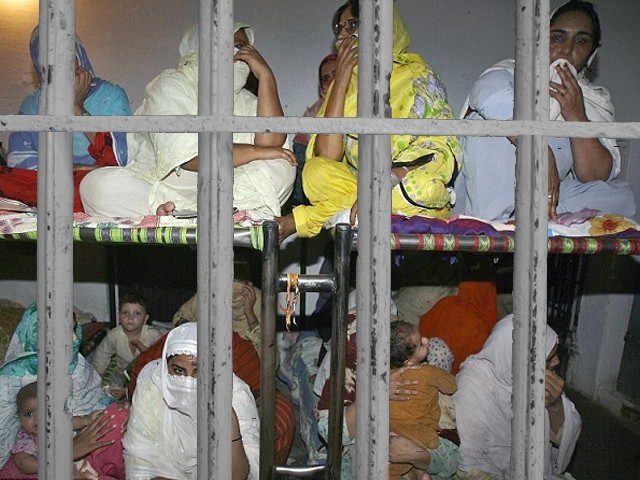 The same women who were laughing and smiling a few minutes ago were now fighting and cursing. All I could hear were cuss words and babies crying.

A poor person isn’t one who has no money or riches, but the one who holds no love in his heart for those who are suffering. This has been my father’s motto ever since I can remember. My father has devoted his entire life to the well-being of prisoners in Pakistan, be it Muslims or Christians. I grew up watching him attend to his duties at the prison and working amongst prisoners for their betterment, and I always used to wonder why he worked with them. Why did my father have this particular job? Why was he not a doctor or a businessmen like my friends’ fathers?

During the winter of December 2008, I decided to go along with my father and his team to visit prisoners in northern Pakistan. We went bearing Christmas gifts and some blankets to distribute amongst needy prisoners. Since I was the only female with them, I had to part ways and go to the women’s prison wing without my father but under the supervision of a constable. We had collected around 20 to 25 Christmas goody bags to distribute amongst children who were living with their mothers in prison, since they had nobody else to take care of them.

Upon entering the women’s wing, I noticed a large arena filled with women and children. It felt as if I was entering a country fair on a beautiful sunny day. Women and children were sprawled all over; some were laughing and playing with their children, while the others were washing their clothes and utensils.

They all turned towards me, eyeing me and the shiny Christmas bags in my hand curiously, and they slowly began to gather around me.  The constable asked them to make a queue and sit down so that I may distribute the gifts amongst them. It was truly admirable to see their mannerisms and obedience while following the constable’s orders. I started distributing the gifts with a smile on my face and I was overjoyed to be partaking in such a wonderful and charitable activity.

I was halfway through the queue when something extremely appalling happened. Back then I could not understand how the entire scene unfolded since I was so flustered. All I remember was that a girl who must be around 15-years-old was jumped upon by the other women who were trying to snatch the goody bag from her hands. Suddenly, an alarming fear overtook me; I thought I would be trampled upon while the women rushed towards me to grab a goody bag. I immediately left all the gifts on the floor and stepped aside.

What ensued was shocking.

The same women who were laughing and smiling a few minutes ago were now fighting and cursing. All I could hear were cuss words and babies crying. The entire scene scarred me and I decided to stick with the constable for the rest of my visit.

What started off as a great day was slowly turning out to be a living nightmare. Little did I know that there was more coming my way. Lunch was announced and the food server left a pot of rice and meat at the gate. Trusting my instinct that this is about to get uglier, I hurried towards a corner, avoiding coming in their way.

I saw an entire replay of the previous scene unearth before my eyes. Women fighting and cursing and babies crying, though this time, some women resorted to physical violence as well by beating each other with their cooking utensils.

I was truly shaken up and was on the verge of crying, but I held my tears back. I detested fights and arguments, and I had seen enough fights to last me a lifetime. All I wanted to do was leave and go home, and try to overcome the trauma that I experienced.

On our way back, my father noticed I was unusually quiet. Curious to know how my experience went, he asked,

“So how was your experience?”

I let out a long sigh and went on a rant, starting from the inmates’ behaviour to their poor living conditions, to the ignorant management. I told him how the management didn’t care whether the prisoners were fighting or killing each other and how they had no rules and regulations to control any dangerous situations. My father noticed how overwhelmed and upset I was and after listening to me patiently, he simply smiled and said,

“This is why I do what I do. These prisoners are living in poor conditions, are mistreated by the system, and tortured by the hardships of life.”

While listening to him, I leaned my head against the car window and began thinking about the stark miseries of life.

Later that night, while lying in bed reflecting on my day, I thought about what my father had said to me and everything slowly started to make sense. I finally understood why my father was different from my friends’ fathers who were businessmen or doctors.

My father used to go preach to prisoners every Sunday, which is why my mother missed having him by her side at church. Naturally, she would feel lonely and ever worse when people would ask where my father was or why he never attends church with us. But she knew he was doing a wonderful thing and dismissed these questions.

From childhood to date, I clearly remember instances when I would get involved in conversations regarding our prison system. Once, during recess, my friends and I happened to start discussing what our fathers do for a living. When everyone found out that my father was a prison minister, some of them were surprised since they didn’t know such a job existed.

A few of my friends expressed their hateful feelings towards the prisoners, saying they deserve to be in prison. I would remain quiet, silently agreeing with them. They were right in their own ways, otherwise why else would these people be in prison? I noticed this mind-set not only amongst my friends, but as I grew up, I noticed that a lot of people felt the same way.

When I turned 18-years-old, I was greatly interested in the on-going elections since I could finally vote. I was keenly following the politicians and their speeches. I remember one of them saying,

“I will make sure justice prevails in Pakistan. Those who have killed people in suicide bombings or terrorism attacks will be hanged so they would know what the pain of suffering feels like.”

I was deeply disturbed when I heard this speech. What kind of justice would it be if he was going to kill another individual for murdering others? What benefit would we gain? Ruining another family to provide justice to another? Should we not do something about eradicating crime and not the criminal?

What I understood through the speech was that criminals should be awarded penalties for their wrongdoings since it fulfils the demand of justice in society. I was taught that there is a zero tolerance policy for crimes in society and if one commits a crime, you have to pay a heavy price of it. The punitive and retributive culture should continue as it has been prevailing since medieval times.

But the question remained, why is my father one of the only few who were doing something in complete opposition to society? Why did he not think like the others? I always wished he didn’t have to go to the prisons and mingle with dangerous criminals. God forbid what if they ever hurt my father?

I remember my father as always arranging money for prison-related causes; be it education for the inmates’ children or providing financial assistance to their families.

As children, our father would make my brothers and I partake in activities to raise money for the prisoners. My father moulded me to become an empathetic individual and to always give back to the society in any positive way possible.

That night, after returning from the prison, I had a renewed sense of respect and admiration for my father.  I knew then that I wanted to do exactly what my father did. I planned to walk in his footsteps and devote my life towards the betterment of society and prisoners in particular.

Now I know that love and respect are not reserved solely for couples, parents, and family. Everyone deserves love and respect, be it prisoners or beggars on the streets.

My whole educational focus is towards our society now. Hence, I served as the first female president in the Christian Life Program last year in order to gain leadership skills and to get to know more about the Christian youth in Pakistan.

I was fortunate enough to get the opportunity to exchange cultural values and learn more about society, culture and people. Now, I’m in the United States on a scholarship, thousands of miles away from home. Being the only girl in my family, I know I have made my family proud, since I have achieved so much, regardless of my gender. I earnestly hope that I can lead my life by serving humanity with all the love and respect it deserves.

The author is an executive team member of Redemption Pakistan and a senior under-graduate student at Forman Christian College, Alumnus NESA Under-Graduate Exchange Program. She is passionate about abolishing the death penalty. She tweets as @aroonaarthur