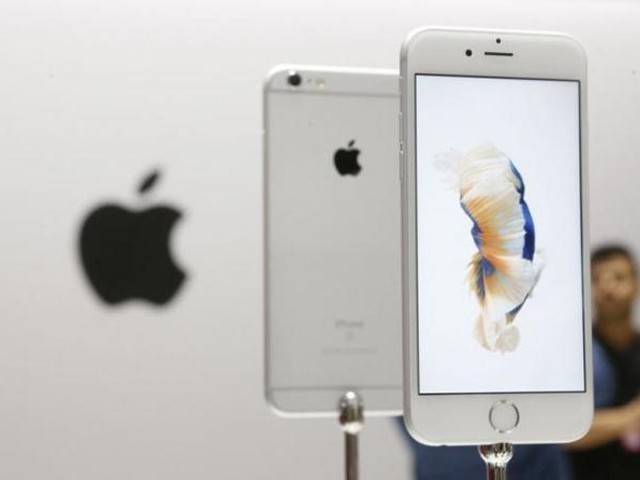 The fact of the matter is that Apple is not reinventing, it is merely revamping. It has become part of the mainstream, although it is continually performing well. PHOTO: REUTERS

Apple’s at it again. Yet another array of Apple’s sleek, sharply presented devices was released a few days ago for the viewing pleasure of an audience in San Francisco. Apple has introduced the new iPhone 6S along with the iPad Pro, which will be available to consumers in a couple of weeks.

Although there is significant debate regarding the vitality of Apple’s product features, there is no doubt in its unparalleled success in recent years. Apple rose to eminence back in 2007, all thanks to its iPhone, the device that revolutionised the phone industry forever, paving the path for the era of smartphones. No one could have conceived that a company which had to be rescued by its rival and whose own co-founder was fired would one day amass so much success that it would eventually surpass the wealth of America’s government.

Also, there should be no doubt that as the CEO, Steve Jobs rightly upheld and implemented the beliefs of the company; the belief to produce reinvented, revolutionary products and as he phrased it,

“Put a ding in the universe.”

The iPhone along with the iOS, and later even the iPad, were true innovations, something the world had never experienced before. So the question now remains, is Apple still the pioneer of revolutionary products?

At first glance, it is almost impossible to tell the difference between the new iPhone 6S and the former iPhone 6. Take a peek inside and none of the specifications would surprise anyone in this age, except maybe for the A9 processor.

Let us talk about the innovation. What does Apple have in store for us?

It’s playing the same catch-up game with the higher-end Android devices in terms of features.

Force touch has been re-introduced as 3D touch, a technology which existed in the BlackBerry Storm.

Live photos? Already exists in the Lumias and HTC.

Siri? Present in almost every Android device with Google Now.

The list goes on, but I am merely pointing out that instead of being the game-changer, Apple has taken an unusual turn in recent years. It is losing the race in terms of innovation. Perhaps it has gotten too comfortable at the top.

Or perhaps it doesn’t feel the need to innovate, given that it rakes in huge profits every year.

It could be argued that Apple devices do not really need such an accelerated hardware. They work smoother than most Android devices, albeit having lower grade specifications. To put it simply, imagine a Rolls Royce compared to a Toyota Crown. The Crown, despite having an abundance of cutting-edge technology, would still not come close to the renowned quality of a Rolls Royce. However, this does not account for the absence of innovation.

It seems that Apple is now borrowing ideas from other companies. Perhaps they’ll fare much better than Microsoft in terms of sales of their new tablet. Their stocks have been predicted to rise by 33 per cent in the next 18 months, given the quite marvellous reputation of the previous iPads.

So, what does this new iPad have in store for the user?

Among Apple’s most remarkable qualities is its marketing capabilities; it can rename the oldest, most useless of technologies and the common man will perceive it as a technological breakthrough. Take for example the Apple Pencil, which brings to the mind a rather natural feeling of literally working with a pencil on your iPad, although it is after all just a fancily named stylus.

Another example might be of the previously mentioned 3D touch. These names automatically create a good first impression in the minds of the audience, no matter the usefulness or pragmatism of the technology itself. Perhaps this is the reason why Apple receives exceedingly high numbers of pre-orders every year.

The fact of the matter is that Apple is not reinventing, it is merely revamping. It has become part of the mainstream, although it is continually performing well. The questions that remain are that without the introduction of new inventions and innovated products, what does the future hold for Apple? Can it continue to relish in success by simply adopting older technologies and features?

The answer is not so clear, but if I were to take a guess, I would say that Apple would still be among the stars in the coming years. However, to remain at the very top, it must reintroduce its lost and outstanding qualities.