Hero: When some remakes are better left unmade 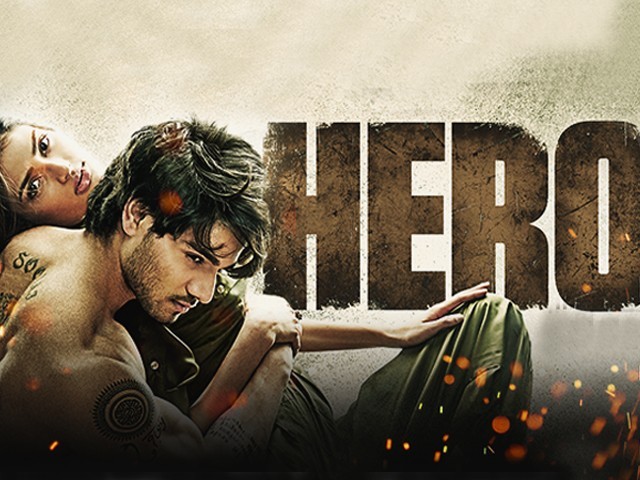 Interestingly, Subhash Ghai directed the original version of Hero and the remake, but clearly, he could not add the same vivacity to the remake.PHOTO: HERO FACEBOOK PAGE

Hero (2015) is a remake of the original Hero, released in 1983, which starred Jackie Shroff and Meenakshi Sheshadri. This latest rendition of new comers, romance and action, along with Salman Khan’s singing stints, is disappointing, to say the least.

Sunil Shetty may have been the action hero of his time, but his daughter, Athiya Shetty needs a couple of more films under her name before walking on the path of stardom. It was evident that she was having difficulty delivering her dialogues, as they felt unnatural and abrupt.

However, this might just be Sooraj Pancholi’s big break in the field of show business as he blended in with his character without any major hiccups. Pancholi’s father, Aditya Pancholi also stars in the movie, depicting the role of an underworld gangster, Pasha.

Needless to say, the expectations from this remake were high – all eyes were set on the debutantes, Shetty and Pancholi. However, the movie failed to deliver what it had promised.

Directed by Nikhil Advani and produced by Salman Khan and Subhash Ghai, Hero is the story of Sooraj (Pancholi), a gangster who meets and befriends Radha (Shetty). The boy and the girl belong to opposite families and lifestyles – very Bollywood like and clichéd. Radha’s father, Inspector General Mathur (Tigmanshu Dhulia) is a police chief, and as per law and logic, a gangster and a police officer cannot coexist in a peaceful environment, hence a tussle is evident from one of the first scenes of the movie. This keeps intensifying scene by scene until the climax is reached.

The action unfolds when Sooraj compels Radha to run away with him, but little does Radha know that Sooraj actually intends to kidnap her. The real motive behind Sooraj’s actions will be revealed when viewers watch the movie. Radha, upon learning of Sooraj’s true intentions, intends to escape his captivity even though she is unable to overlook her feelings for Sooraj.

Whether she ends up staying with Sooraj or ends up reporting his crimes to her dutiful father is another mystery which only the audience can solve once they watch the movie.

Dhulia is yet another character who simply looks lost in the movie. Moreover, the entire movie is carried forward by the belligerent villain, something which Aditya Pancholi failed to do.

The difference between the Pasha of Hero (2015) and Hero (1983) is perhaps greater than the Great Wall of China. But we can’t entirely blame Aditya Pancholi for that because the legendary Amrish Puri played the role of Pasha in the original Hero, and only a few have come to par with his acting calibre. It’s rather unfortunate that Pancholi couldn’t create a place for himself in cinema because this role was the stepping stone to his success throne.

The soul rendering soundtracks along with the actors’ performances made the original Hero an instant box office hit. However, in case of the recent remake, neither the average music nor the dormant chemistry between the leading pair created any buzz, something which the original Hero managed to do quite well. Where the original Hero’s songs seem classy even today, I would not even like to give the new production’s songs a second listen. Even Salman Khan’s record ‘Main hoon hero tera’ failed miserably at appealing to the audiences.

Let’s just say that the film is quite directionless, the scenes do not blend, the characters lack cohesiveness, and their timing is a tad bit out of proportion, if not completely. Moreover, the scenes are somewhat confusing and the dialogues lack impact. Every action film at the very least should have a strong background story of the lead protagonist and antagonist – the audiences have difficulty understanding why Pasha became a notorious gangster in the first place and why Sooraj insists on living the thug life.

Interestingly, Subhash Ghai directed the original version of Hero and the remake, but clearly, he could not add the same vivacity to the remake.

If you are willing to invest 145 minutes of your time watching Hero, brace yourselves for a movie which will fade away from your memory as soon as you step out of the cinema.

I would rate it a two out of five.