After three Indo-Pak wars, are LoC skirmishes preparing ground for another? 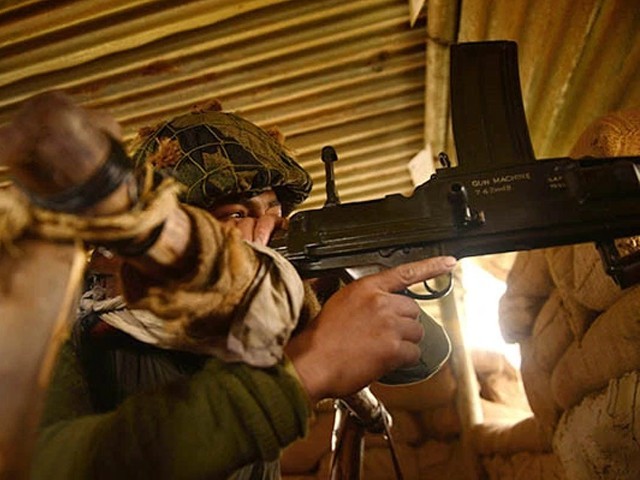 The Line of Control (LoC) which divides Pakistan and Indian-occupied Kashmir has been the primary source of troublesome relations between the two countries. Not being an international border, LoC is a De Facto border agreed upon by India and Pakistan and was previously known as the cease-fire line.

The security situation across this region has escalated throughout the years, as India blames Pakistan for exporting terror across the LoC. This has been the case whenever an attack has been carried out in India, or for that fact, in Pakistan as well. An important point to highlight would be that two out of three wars between India and Pakistan have been fought over Kashmir.

In the recent past, LoC ceasefire breaches have become a routine activity. As soon as the dialogue process between India and Pakistan resumed in 2012, after four long years, they were stalled again in the first month of 2013 since ceasefire violations started again, described as the ‘worst ever in the last 10 years’.

In 2014, during an exchange of fire between both countries, an Indian soldier was killed by militants, who were believed to have come from Pakistan. The violations started in May again and continued up until December, with an occasional war of words between the officials of both countries.

In response to the Indian Defence Minister Arun Jaitley’s statement warning Pakistan of unaffordable losses, his Pakistani counterpart Khawaja Muhammad Asif, giving a delicate reference to Pakistan’s nuclear capabilities, vowed to respond ‘befittingly’ to any aggression. On October 12 2014, Pakistan’s National Security Advisor Sartaj Aziz wrote a letter to the United Nation’s Secretary General, Ban Ki Moon, appealing to help resolve the crisis. UN refused to intervene and stated that both countries must resolve their issues themselves through bilateral talks.

Apart from short peaceful gaps, cross-border firing continues, increasing the number of civilians being killed. As I write this, cross-border firing between India and Pakistan has taken nine civilian lives and wounded at least 50. With the number increasing after every incident, both countries keep up with the tradition of blaming each other, rather than finding a solution. The Pakistani government says that the Border Security Forces (BSF) started it, whereas the Indian government says that the Rangers started it, followed by both the countries summoning their high commissioners and hence, the circus continues.

The recent escalations came amidst the backdrop of Indo-Pak peace talks which failed to initiate. Both prime ministers met in Ufa in Russia, and decided to hold peace talks between the National Security Advisors (NSA) of the respective countries. Call it a failure on Pakistan’s behalf or diplomatic victory for India, the joint statement which came after the meeting failed to categorically mention Kashmir as a focal point of the talks. After Pakistan realised this mistake, our NSA tried to cover it up but the damage had already been done.

Melodrama ensued as the time for talks with India neared, with both countries bringing up issues. India insisted on sticking to terrorism as just a subject and Pakistan insisting on adding Kashmir to the talks as well. India disallowed Pakistan to invite Hurriyat leaders to tea, while Pakistan opposed this stance. And boom, the talks were cancelled. Any hope for an improvement in bilateral relation dissipated into thin air.

Is it too difficult for both countries to sit around the negotiating table and talk things out instead of acting like a bunch of kids?

It was the prime minister of the right-wing Hindu extremist party, Bharatiya Janata Party (BJP), who travelled to Pakistan through the Dosti (friendship) bus and visited Minar-e-Pakistan, symbolising his acceptance of Pakistan. It was a Pakistani general, who after sabotaging the 1999 peace process by launching the Kargil Operation, presented the most feasible formula to resolve the outstanding Kashmir Issue. Yes, it was Pervez Musharraf who stepped back from Pakistan’s demand of holding a plebiscite in Kashmir; it was he who proposed self-government in Kashmir and a joint management model, making the LoC irrelevant – the same LoC where nine civilians died.

Pakistan and India need to realise how dangerous it is for both countries to continue these skirmishes. As many experts rightly pointed out, these skirmishes can break out into a full-scale war. Both countries are armed with nuclear arsenal and a recent study by Carnegie Endowment for International Peace concluded,

“South Asia is the most likely place nuclear weapons could be detonated in the foreseeable future. This risk derives from the unusual dynamic of the India-Pakistan competition.”

Another analysis by the Nobel Peace Prize-winning International Physicians for the Prevention of Nuclear War and Physicians for Social Responsibility revealed that if India and Pakistan go head to head in a nuclear war, over two billion people may lose their lives in the resulting famine, thus eliminating the entire human civilisation.

These circumstances automatically turn the Indo-Pak tensions into a global issue, as people watch the mounting differences between both countries with horror. The UN Secretary General, Ban Ki Moon, following the latest escalations, asked both countries again to exercise maximum restraint and try to resolve the issues through dialogue. The US State Department also expressed a similar reaction as the Deputy Spokesman Mark C Toner, talking to the journalists today, emphasised on the importance of dialogue between both countries to ensure peace in South Asia, as well as the entire world.

Is it too hard for India and Pakistan to lighten up their rigid stances?

If a Pakistan army general and a BJP prime minister can initiate dialogues by giving up on a few demands, why can’t present governments proceed with the same stance today?

It is high time that both states realise that fighting with each other is not in their best interest and that the only way forward is the negotiating table and rejecting their decades old thinking.

People on both sides of the border also need to understand that one’s patriotism cannot be proven by responding to hatred with hatred – by stooping to the same low as the aggressor – by following textbook narratives which have been fed to young and impressionable minds.

They need to burst the bubble they have created for themselves. They have to break the shackles of abhorrence imposed upon them by the establishment.

Unless and until both these countries don’t stop fighting, historians in the near future will write with regret that two great nations, who could have partnered to be the biggest force in the world, ended up destroying each other.

The author is a journalism student who reads and writes about Pakistan and its history. He aspires to see a tolerant and progressive Pakistan. He tweets as @IamUmer1