The horrors of life in Clifton 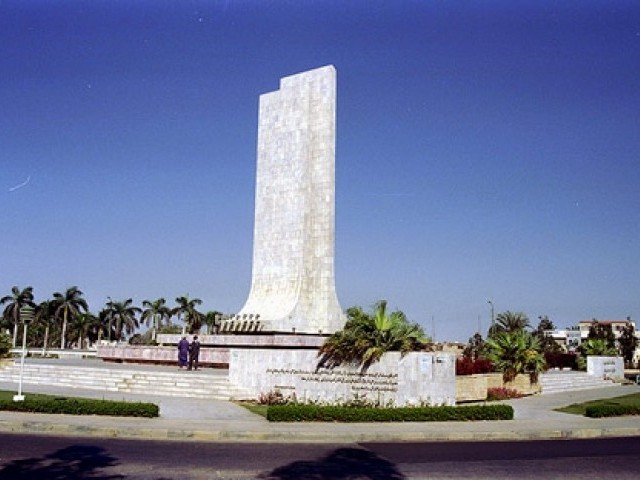 The Clifton area is supposed to be one of the more prestigious ones in Karachi.

What is with elitist schools and colleges? Some like Karachi Grammar School (my alma mater and where my son now studies), get all the flak for not being good neighbours, for being elitist (the school’s fees are generally lower than most of its more recent upstart-ish ‘competitors’) and for bringing forth a whole new generation of brats (these people have obviously never met students or alums of L’ecole or Bayview).

Now, to the point, for which this is being written. I happen to live close to a venerated Karachi education institution – the Convent of Jesus and Mary. In fact, my flat in Clifton is quite literally a one-minute walk from the school’s senior section. The back of my flat faces this small lane which is now barricaded on both sides.

Come every morning and afternoon there is a mad rush in this neighbourhood, thanks to the school’s students, and their drivers and parents who come by and drop and pick them up. In the morning it is bearable since the cars just come and drop them and because the CJM administration has a few domestic staff who act as stand-in traffic regulators. However, the afternoon is literally mayhem, with people double and even triple parking – and this on a road which is no wider than a lane in any of Clifton’s various neighbourhoods. On several occasions I have seen a female parent park the car in the middle of the road, get off and walk to the school gate which is about fifty metres away from this side of the barricaded road. This is not an exaggeration. These women just park the car in the middle of the road, with dozens of other cars behind them, and merrily walk away, key in hand, and if you ask them what in the world are they doing blocking everyone’s path, they say:

Surely, this isn’t the kind of civil behaviour and good sense the CJM nuns would want their students to learn – but quite regrettably its on display everyday for anyone who wishes to see a display of just about the worst kind of civic sense imaginable. I have tried to talk to the CJM staff deployed their during the mornings but they obviously don’t seem to be able to do much about it.

I also asked them about why the school and its cleaning staff dump all the kachra right at the end of the lane, and bang opposite our gate? Can the school not instruct its cleaning staff to transport the garbage to a kachra kundi a little further away? Wait, let me guess, I bet the CJM teaches its students that throwing litter is bad and the work of the Devil. How nice!

Cleaning up the neighbourhood

I live in an apartment complex that has 24 flats. It’s supposed to be in a reputable neighbourhood with many consulates nearby — what good is that for me, I wonder though. The head of my apartments association tells me that a private contractor has been awarded a contract by the local town administration (Saddar Town, I think) to pick up garbage and solid waste from the kachra kundi behind the apartment building. However, he came once to the complex and told its residents that if they wanted the garbage picked up every day it could be arranged – provided they paid him Rs2,000 a month. He was told by the residents that they pay municipal charges to the local town administration every month. He laughed and said that if they didn’t pay up then their road and the gali outside would never see its garbage removed.

And then the water issue. All of a sudden, the water in our building has dried up. One of the residents managed to speak to someone at the Karachi Water and Sewerage Board (KWSB) who told him that there was a shortage in the city (when is there not?) and that the water valve – right opposite the Caltex petrol pump at Do Talwar) was opened for only 20 minutes every day. “Why only 20 minutes?”, he was asked. Because that is how long it took for enough water to reach the Indonesian Consulate – which is a few hundred metres before the road ends, Park Towers to the right. Apparently, the KWSB would also like their palms to be greased, though the official hasn’t said so.

What I’m surprised at is how this “citywide shortage” doesn’t deter a whole organised mafia from stealing water by siphoning it from the very pump next to Do Talwar, right under the noses of several police personnel posted nearby. I guess, everyone’s getting a cut of this. This water theft started over 10 years ago and I wrote a small story on it when I was working as a reporter but nothing really became of it. Now, those involved in it have graduated from using horse-drawn carts to using Suzuki vans and mechanized pumps and nifty hoses to steal the water.

The giant trash can that is my city

Speaking of venerable institutions, there is another one – SZABIST — situated right next to the CJM senior section, on the same barricaded road. Turns out that the barricades were put up also because this institution felt the need – it also has metal detectors now installed for entry to its premises. The venerable institution has several domestic staff who clean the road outside its premises – they do this every morning or so and then dump the kachra right at the far end of the barricaded street – bang opposite our gate and our building in general. It seems that the cleaners cannot see that there is a garbage dump just across the small road, not more than 20-30 metres away.

The students of SZABIST  (I hear it ranks right up there just behind IBA and what not) also tend to loiter around, and this is usually right behind our building. They talk loudly – at least some of them do – and they litter (clearly they didn’t go to schools like CJM) and one day I found an empty Murree Brewery Cossack Vodka bottle in a small stretch of garden behind our wall which we are trying to grow as some much-needed green space. The students, many of whom loiter around at times as late as 10 pm – apparently they have ‘evening classes’ – also smoke like chimneys. They throw their cigarette butts – and chips packets and coke bottles and what not – on the road as if it’s their own giant personal trash can, and by the looks of it every morning – it is.

SZABIST is even worse compared to CJM when it comes to parking, for the simple reason that while the latter has only two times during the day when its students come and leave, this institution has students coming and going all day – and till 10 pm at night. As a result, the lanes around it are one gigantic – unregulated parking lot. No concern of any kind is shown towards the local residents – but then why would it since they don’t have to be fee-paying students.

Other than all this, of course, Clifton is a great place to live in Karachi.

The editor of the editorial pages of The Express Tribune. He tweets as @omar_quraishi (twitter.com/omar_quraishi)

Why the BBC’s Lyse Doucet failed to understand Pakistan

Shariat Court vs Parliament: Who cares about women?