Rest in peace, Wes Craven: The king of horror has left the building 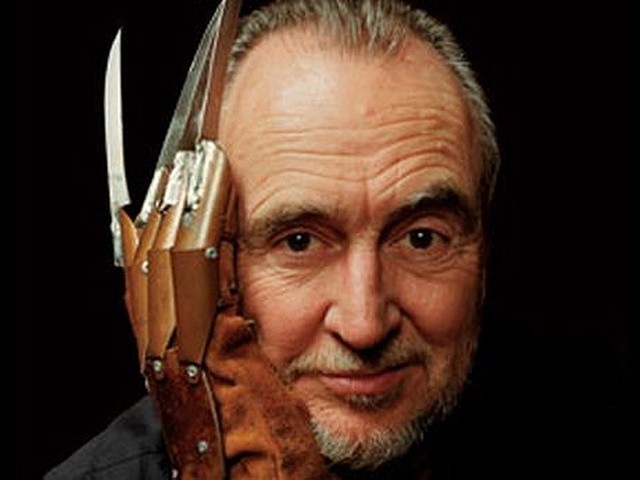 No one can deny the fact that Wes Craven was a gifted filmmaker. PHOTO: AMAZON

Wes Craven was one of the most prominent figures who kept the horror genre alive by giving us quality horror movies. For those of us who grew up watching his films know that his death is a major loss, not just for the horror film fraternity and fans, but Hollywood as a whole. Craven has created classics, his movies are popularly known by everyone.

From a very young age, I’ve seen my mother watch horror movies, and I was always eager to join her. Thus, we made a pact one day that if I completed my homework without giving her a tough time, I’d be allowed to watch a scary film with her. It was my first horror movie, I was so excited!

So I did my homework the very same day and insisted to watch Nightmare on Elm Street. Although my father was not too keen on this idea, and rightly so as the movie scared me to a great extent. Freddy Krueger, a character from Nightmare on Elm Street, wore a messy fedora and had razor blades attached to the gloves on his hands. He would visit his victims in their dreams and slash them to death. Thus, to no surprise, he became the reason behind me sleeping with the lights on at night.

This character was repeated in several sequels and a 2010 remake.

Another Craven production worth mentioning is The Hills Have Eyes. This became a cult classic and surely deserved to be categorised as one. I remember watching this movie, assuming it won’t be so frightening. My predictions were wrong. It was disturbingly petrifying.

I felt the plot of the movie was extraordinary. It was about a suburban family on a road trip who get stranded on a desert and are targeted by a family of savages.

This movie did pretty well, thus in 1985, Craven made a sequel, The Hill Have Eyes Part II. He produced Mind Ripper, also known as The Hills Have Eyes III in 1995. He also produced the remake of the original movie in 2006.

Craven’s The Last house on the left is also a noteworthy movie in my opinion. It did extremely well on the box office, although, it wasn’t a typical horror movie and can be categorised as thriller or suspense. The film follows two teenagers who are taken into the woods and tortured by a gang of murderous thugs. Although this movie was his directorial debut, he regardless did an amazing job. It is one of the movies I have recommended to many horror/ thriller lovers out there.

A remake was also made of this movie in 2009 with the same title and was produced by Craven. Hence, I decided to do a movie marathon where I watched the remake first, and found myself intensely biting my nails throughout the movie, and watched the original one next, which without a doubt, was brilliant.

The People Under the Stairs was another masterpiece by Craven; this story was about a juvenile burglar who breaks into the house of his landlords, an evil brother and sister. It depicts a disturbing scenario where a number of boys were imprisoned under the stairs by these incestuous adult siblings. This movie is more of a psychological horror; it actually distressed me. I remember chills running up my spine throughout this movie, yet I was constantly glued to the screen, eager to know what happens next.

However, I believe that Craven proved to be versatile by directing the movie Red Eye. Even though this wasn’t a horror movie at all and was very different from Craven’s expertise, it earned the title of being a Craven classic. The movie is about a woman who is held hostage by a stranger on a flight. Her captor threatens her by the potential murder of her father, thus she is pulled into the conspiracy to assist him in killing a politician. I found this movie to be intensely astounding; it’s one of those movies that can be watched more than once in a lifetime.

No one can deny the fact that Craven was a gifted filmmaker. He had the gift of making our nightmares come alive; he held the talent of making what we fear the most come to life. He was a flexible director, a horror genius, and the king of innovative characters.

He will forever be missed and will live on through his classics.