Why there is a dire need for Sindh Food Authority 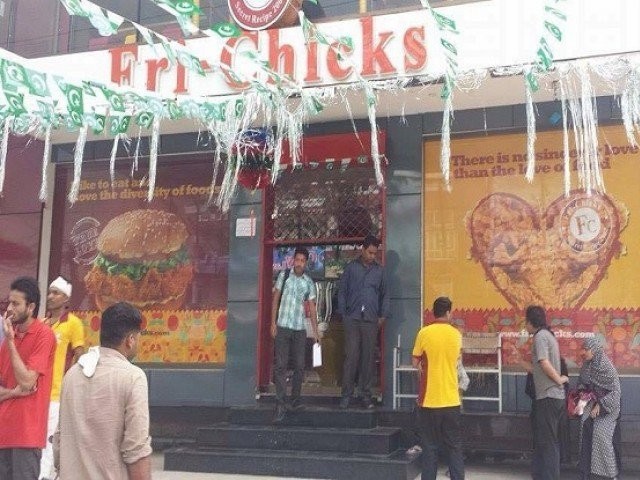 My father has always taught us the importance of the three ‘H’ in our lives. These are health, happiness and humanism — health, being right on top of this list. But sadly, not enough attention has been paid to this particular ‘H’ in our country. If we look at the state of our public hospitals and healthcare generally, it’s a gloomy image.

We can’t blame the government for every wrong that is happening in our country. We ourselves don’t pay enough attention to the quality of food we eat or the hygiene levels of the restaurants we eat at.  As long as the dish looks appetising and tastes good, we are pretty content. Sadly, we don’t think twice about all the possible ways that it could deteriorate our health. For instance, if the food isn’t cooked appropriately or if it hasn’t been cleaned properly, it could be fatal for its consumers. For instance, 13-year-old Kinza died after consuming a burger from a well-renowned bakery in North Nazimabad.

On the other hand, when I was living in Canada (having spent a great deal of my life working at a restaurant to make some pocket money of my own), I observed that most restaurants in Canada strictly adhered to the food authority regulations. They are aware of the fact that food inspectors can show up any day, at any time to check the working conditions and sanitation standards of the restaurant – investing a lot of time, money and energy in maintaining kitchens and restrooms. In fact, there are checks to be made by designated staff members after every 10 minutes to ensure that everything is in order. Special shoes are also to be worn by the kitchen staff along with suitable white coats, hats and special hair covers while working with food. Boxes of disposable gloves are placed at every corner of the kitchen; food is never to be touched with bare hands.

Most restaurants in Pakistan do not take even basic precautions; for instance, cooks do not wear cooking hats to prevent their hair from falling into the food at any possible stage. Gloves should be fully utilised and worn when the cook is in contact with the food. The kitchen should be spick and span and the shoes that are worn outdoors should not be permitted inside the kitchen. This will prevent all the possible dirt and bacteria from entering the area where food is prepped. These are only some basic precautions that should be looked into but sadly aren’t.

Health has rarely been prioritised in Pakistan but we can most definitely see a change in one of the provinces; Punjab.  Punjab Food Authority (PFA) was set up in 2012 and has been doing a prodigious job at regulating all the eateries in the province. The team shows up unexpectedly at eateries and inspects them. The idea behind the effort is to assess basic health standards, the environment the food is cooked in, as well as the ingredients used in cooking the food are all harmless and fresh.

This strategy has been tried and tested and seems to have worked in one province, then why not the rest? PFA has done a tremendous job at sealing all the restaurants and eateries that were not following specific and particular health standards. There were eateries, significantly famous ones that were using stale vegetables, breads and extremely unhygienic kitchen conditions, which were forced to shut down to everyone’s relief.  Of course the gory images on social media all made us question whether to ever eat out again or not!

PFA has also introduced a grading system which will tell the customers where a particular eatery stands in managing health standards. This will either make an eatery gain popularity or lose out on its reputation on the whole. The eateries are being asked to display these grades on their entrances. This is a very common practice abroad and I am glad that they have adopted it here in Pakistan.

The truth is, if a food item is expired, the esteemed restaurant management shouldn’t wait to dispose it off; it’s their duty to immediately get rid of it. Restaurants tend to ignore such rules and regulations, but negligence can’t be afforded because people’s lives are at stake. The list of all the restaurants that have been sealed by the PFA is long, most of which have been shut down on account of expired food and kitchen conditions.

We must put pressure and get something similar to PFA in Sindh to ensure food safety in Sindh also – especially since similar restaurants and branches of eateries of Punjab exist in Sindh as well, where similar food practices may persist. Necessary steps have to be taken by Sindh authorities in order to ensure health standards and it has an ideal model to follow – the PFA.

The writer has done her undergraduate in Political Science from the University of Toronto. She is a subeditor for the Opinions & Editorial section of The Express Tribune. She tweets as @NashmiaAmirButt

What is the older generation’s obsession with the word ‘compromise’ when it comes to marriage?

Mr Qaim Ali Shah, you have faced tremendous injustice at the grimy hands of this public