Pneumonia: Killing our babies every day 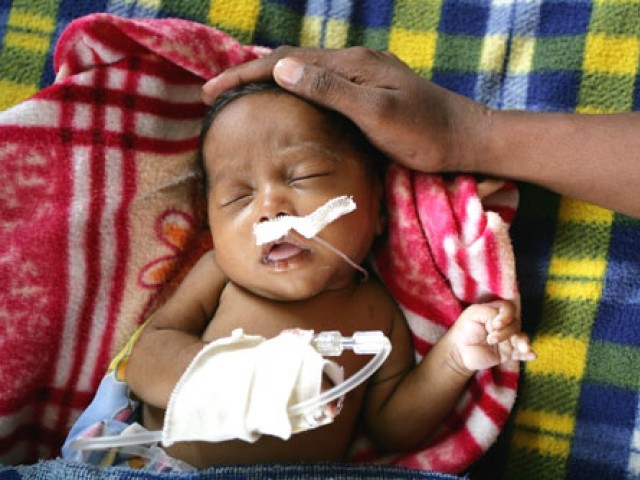 During the 1970s the world woke up to the realization that there was a deadly assailant on the loose who was out to get little children! So deadly was this assassin that soon people began comparing it to a jumbo jet that took off every one minute and crashed as soon as it went up killing all the 400 passengers onboard. Yes, this vicious murderer was taking the lives of 400 children every minute! After more than 30 years the brutal slayer is still at large and responsible for 19 per cent of all under-5 deaths in the world. Scarily, we seem to have given up our quest to eradicate this threat and have taken refuge in ignorance.

It’s not just a high fever

The first reaction of many of us would be that of non-recognition because if there was ever a crazy serial killer who killed 400 children every minute surely we would have heard of it, right? Think again! You’ve known this guy all your life because the world’s number one child killer is notoriously known by the name of pneumonia! Yes, a disease all of us have heard of, many of us might know how it’s caused and some of us must be aware of the symptoms and measures to prevention.

The deadliest disease you don’t know about

However, what most of us do not know is that pneumonia is responsible for the deaths of more than 2 million children globally each year— that’s more than AIDS, malaria and measles combined. UNICEF and WHO estimate that pneumonia accounts for nearly 1 out of 5 deaths in children under five years old, which is approximately 2 million deaths annually across the world. In Pakistan, leaving aside deaths occurring in the neonatal period predominantly due to birth asphyxia, sepsis or pre-maturity, in the post-neonatal period (2-49 months), pneumonia is the leading killer (13.3 per cent) and there are estimated 85,000 child deaths due to pneumonia in Pakistan annually making it the top most killer of children in our country!

What we don’t know could kill our kids

Ironically, while pneumonia accounts for almost one in five deaths of children under five years of age both globally and in Pakistan, only one in five caregivers in developing countries can recognize the danger signs of pneumonia—rapid and difficult breathing. It is this simple lack of awareness due to which of the 7 countries where most of the pneumonia-related deaths take place, Pakistan is one of the members.

Pneumonia is not as hyped up an ailment as diseases such as HIV and AIDS that attract a lot of attention, and I understand that we’ve heard this name so many times that it does not make us think of much more than a very high fever. However, having said that, it is an illness that is taking the lives of hundreds of thousands of children and while the challenge to eradicate it is certainly colossal, we can all play our role in saving lives.

Today, on World Pneumonia Day, let us please not let this killer be forgotten and ensure that we will at least help our own social sphere, i.e. our family and peers and most importantly our children be aware about the symptoms and preventive measures to stay clear of this pneumonia. You never know, how just by investing 3 minutes of your time, you might actually be able to save a life!

Why the MDG summit is important for Pakistan

A farewell to drawing rooms

Teaching our children about the ‘S’ word

We truly know nothing: afterthoughts to the Airblue crash