Where is Al Jazeera’s journalistic responsibility? 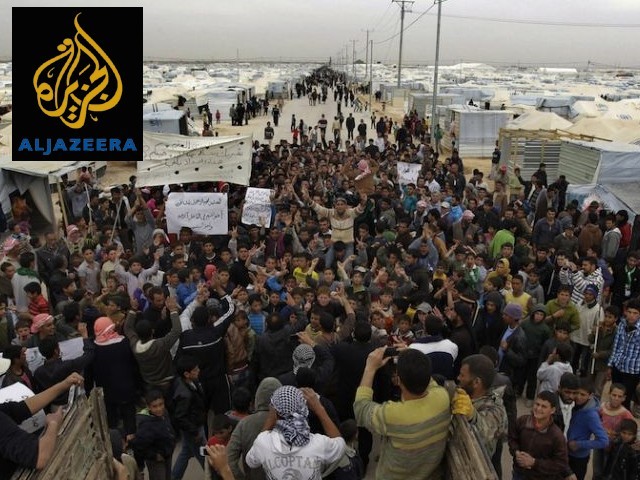 Al Jazeera News Network was recently in the news for relatively positive reasons. A surprise, one must say. Their editorial on “Why Al Jazeera will not say Mediterranean ‘migrants’”, grabbed attention not only among global media consumers but also various renowned media networks – who published scores of commentaries appreciating the stand taken by the media outlet.

“At this network, we try hard through our journalism to be the voice of those people in our world who, for whatever reason, find themselves without one. Migrant is a word that strips suffering people of voice. Substituting refugee for it is – in the smallest way – an attempt to give some back.”

Al Jazeera in this instance has committed nothing but an appeal to emotions, possibly for point scoring.

Yes, the word ‘migrant’ has garnered negative connotations over the past couple of years. Not only this, but other derogatory terms have also come into play when referring to refugees or displaced people.

But does wordplay and rhetoric suffice Al Jazeera’s journalistic responsibility? And does this give them a higher moral ground to lecture countries, continents, and governments over the current “refugee crisis”?

The media outlet has either consciously or unconsciously ignored to shed light on its own backyard when it comes to hosting displaced or war affected people.

Surprisingly, and ironically, the six wealthy Gulf countries – Qatar (founder and partial sponsor of Al Jazeera), the United Arab Emirates, Saudi Arabia, Kuwait and Bahrain – have offered to receive exactly zero Syrian refugees. Other flourishing economies such as Russia, Japan, Singapore and South Korea have also refused to take in any refugees.

On the other hand, according to Amnesty International, close to 3.8 million refugees from Syria (95 per cent) are hosted by Turkey, Lebanon, Jordan, Iraq, and Egypt, where Iraq is also facing problems of its own, and every fourth person in Lebanon is a refugee.

The number of Syrian refugees hosted by Turkey alone is more than 10 times the number of new Syrian asylum applications received in all 28 European Union (EU) countries in the past three years. In EU, a major share of refugees is shared only by Germany and Sweden.

An opinion piece recently published by Al Jazeera’s read, “How Europe turned its back on humanity”. But as mentioned above, is it Europe, or the well-off Gulf Cooperation Council (GCC) states that turned their backs on their “own brethren”?

Moreover, the GCC countries – even with their meagre wage structure and mistreatment of South Asian labour force, not to mention an absent system for asylum seekers – always succeed in escaping scrutiny from Al Jazeera.

Stringent labour laws, based on nationalisation, have resulted in xenophobic treatment towards migrant workers in these countries. The Kafala (sponsorship) System – used for monitoring foreign workers and leads to possession of passports by employers – still contributes to modern slavery and poor working conditions for the workers.

Furthermore, between 2009 and 2013, Saudi Arabia has deported more than 300,000 low wage workers for incomplete documents, whereas Bahrain and Kuwait have also followed suit. In Bahrain, when, in 2013, 2000 garment factory workers demanded for better working conditions, they were either arrested, targeted or deported.

But sadly enough, Al Jazeera has spent limited time on such issues. Issues that are important, but issues that would add little to its ratings and viewer base. Instead, Al Jazeera is trying nothing but scapegoating Europe.

But having said that, yes Al Jazeera can give something back to the impoverished refugees from the Middle East and in the Mediterranean.

It can start highlighting the plight of these refugees not only in their Muslim host countries, but also push its patron and other members of the GCC to start hosting the migrants.

And yes, the Mediterranean refugees are a ‘global crisis’ and should be dealt with global responsibility. But singling out a continent, or a country, without highlighting the double standards in your own backyard may not help your cause.

Europe may be able to accommodate more refugees. But does it bear the sole responsibility for accommodating the refugees?

It would be unfair to expect Europe, USA, and Australia for that matter, to solve the refugee crisis alone, rather a joint GCC-West/EU resettlement plan, if any, could provide a long term solution.