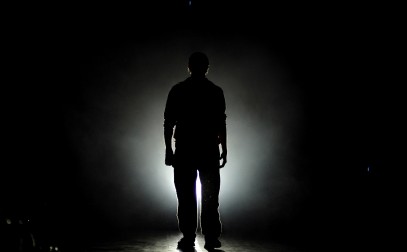 Wacko Jacko stands out from the crowd Photo: EPA

Michael Jackson was and remains the very definition of fame. A year after his demise, it’s not too late to wonder what transformed Michael the man into Michael the legend.

Considered by many to be the greatest showman in history, Jackson’s story is as bizarre as they get. We’re all well versed with his eccentricities, the over-the-top stunts, and the sheer opulence he surrounded himself with. But the fact of the matter remains: it worked. From his days in the Jackson 5 all the way to his funeral, he was a source of entertainment and awe for countless people. Love him or hate him, there’s a lot to learn from his example.

If I were to pick one distinguishing trait in Michael’s personality that was responsible for his success, it would be his ability to break the norm. Jackson wasn’t following the rule book, he was writing his own. This man was the embodiment of unpredictability. While most people were writing his eccentricity off as publicity stunts and stories for ‘stardom-gone-bad’, Wacko Jacko continued being pure genius. Bewildering pundits, frustrating managers, and upstaging everyone, good old Wacko climbed ever higher on the star scales.

In an industry dominated with the standard 5 minute music video format, Thriller was a 14 minute mini-movie complete with a distinguishable start, middle, and ending. Revolutionary. Michael loses the other white glove and does the moonwalk. Bizarre, but instant cult classic. Changing his skin. Sleeping in a hyperbaric chamber. Changing his nose. Buying the elephant man’s remains for an obscenely large amount of money. Changing his jaw. Living in a place called Neverland. If there was one thing Michael knew about, it was how to break through the mold.

Today Michael Jackson is gone, but he leaves behind a lesson and a legacy. Sometimes being Wacko is the smartest thing you can do. Long live the King.